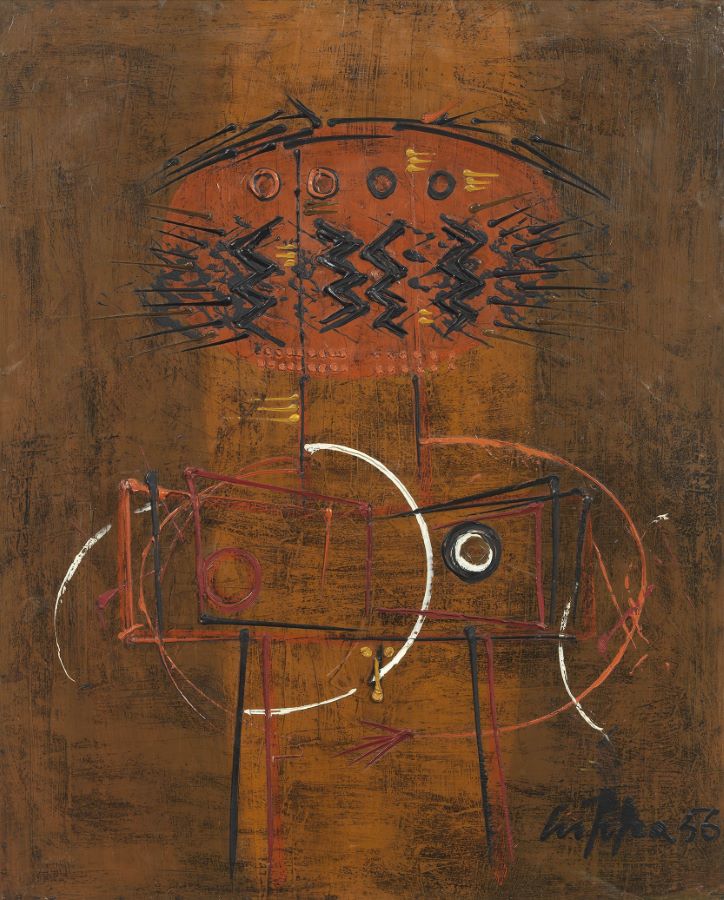 Roberto Crippa was an Italian painter and sculptor.

His artistic training took place in the late 1940s at the Brera Academy in Milan. In these years he got to know Aldo Carpi, Carlo Carrà and Achille Funi.

His first production is characterized by a figurative style influenced by Picassian cubism, but his friendship with Fontana led him to join the spatialist movement and to sign its manifesto in 1950.

The Fifties saw the participation of Crippa ‘Manifesto dell’Arte Spaziale’. His production of these years is characterized by a series of paintings, the Spirali, of a geometric and abstract character, where the painter with a circular, but never perfectly round gesture, creates involuted spaces from which rays ideally projected out of the two-dimensionality of the canvas. Subsequently, Spirali become denser, fuller and interlaced with each other and are called Totem.

The mid-1950s marked the transition to polymaterial works, which evolved to include materials such as iron, bronze, steel, but also asbestos, cork, newspaper and tissue paper, combined with different materials and colors.

Having been the victim of a flight accident and forced into wheelchairs for almost a year, Crippa continues to paint and exhibit internationally. Of these early sixties are the polymaterial and abstract landscapes, and his Amiantiti series, made with thin asbestos sheets applied on an engraved table.

He died in 1972 due to a plane crash involving his pupil Piero Crespi.