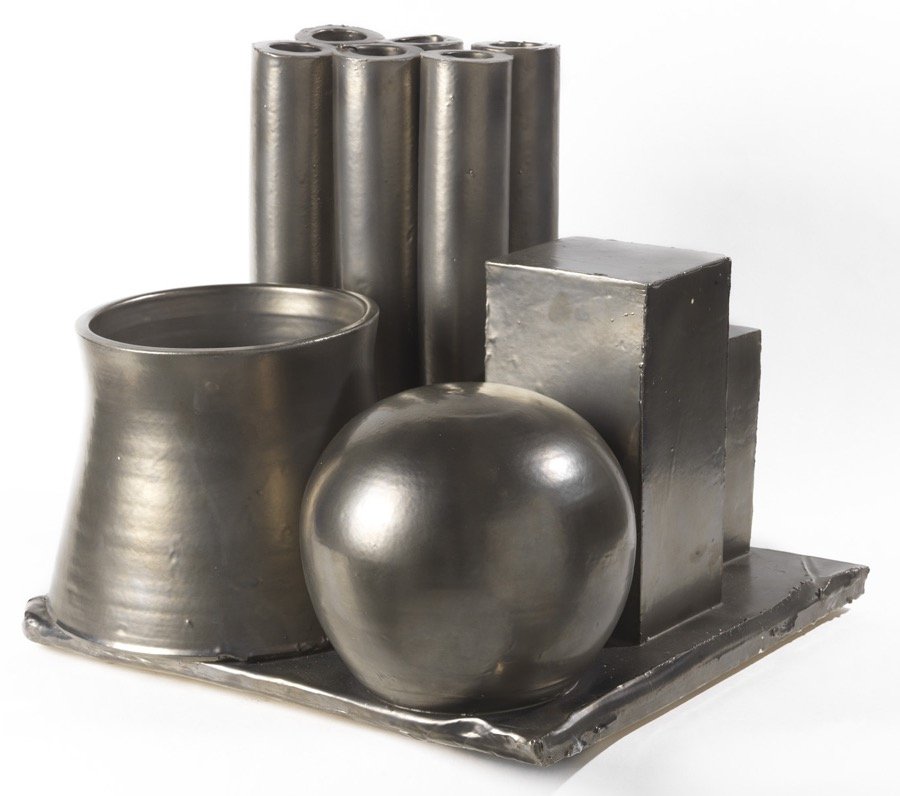 Tony Cragg attended Gloucestershire College of Art and Design, the Wimbledon School of Art from 1969 to 1973 and then the Royal College of Art in London from 1973 to 1977.

He focuses his research on human being and the environment, creating assemblages and biomorphic sculptures with objects trouvés and recycled materials (glass, wood, nuts, stones, plastic) to which he gives new life placing them on the walls or on the floor, creating new forms. Examples of this artistic approach are the famous New Stones-Newton’s Tones in 1978, where the debris is sorted by color, and the iconic Britain seen from the North in 1981.

An artist with great creative energy, he has used a wide range of materials and techniques during his career, establishing himself on the international scene as one of the most interesting voices of contemporary sculpture.

He begins to exhibit in 1978, his first solo exhibition took place at the Lisson Gallery in London in 1979. Subsequently, he was present at several editions of the Venice Biennale, at Documenta 7 and 8 in 1982 and 1987. He then received the prestigious Turner Prize in 1988.

During the 1990s, he became interested in traditional materials, such as marble, bronze, steel, wood, wax or glass. He began to make the Ferrymen in bronze, and the monumental Terris Novalis for the city of Consett, in England.

These two huge steel scientific instruments will be placed outdoors in a public park. In 1995 he was elected to the Royal Academy and in 1999 the forecourt of Burlington House was adorned with one of his last productions. In the spring of 2000, he presented the solo exhibition, ‘A New Thing Breathing’ at the Tate Gallery in Liverpool, and in 2001, he made his first exhibition at the Somerset House in London.

Then he continues his search. In 2003, he was named “Commander of the British Empire” for his services to Art, and that same year, he received the prestigious ‘Piepenbrock Award’ for sculpture, followed in 2007 by the ‘Praemium Imperiale’ of the Japan Art Association.

Currently he lives and works in Wuppertal, where he directs the Kunstakademie in Düsseldorf.