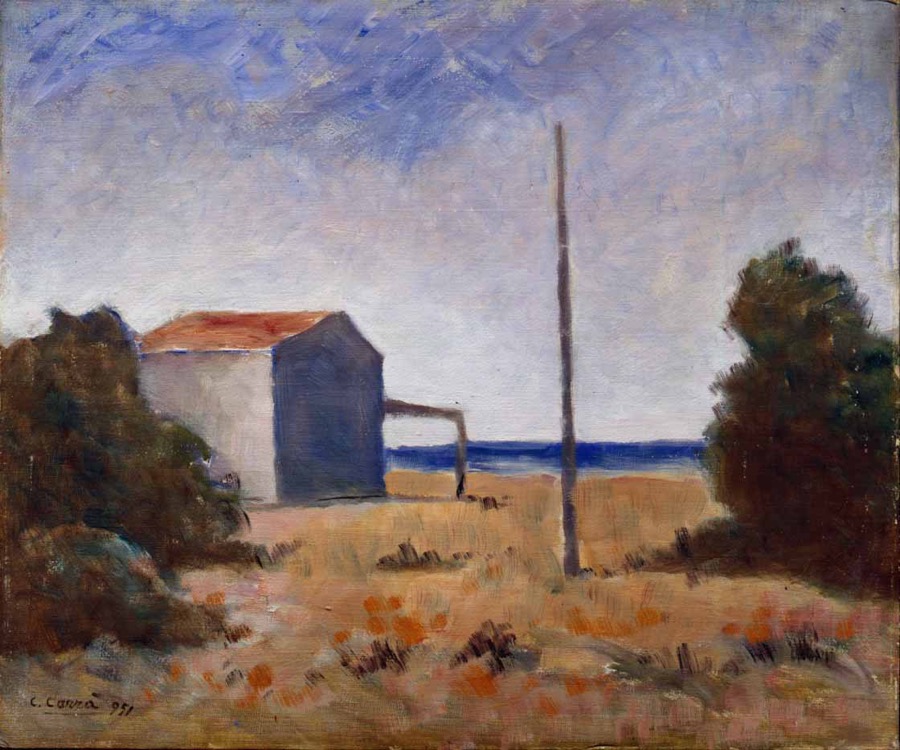 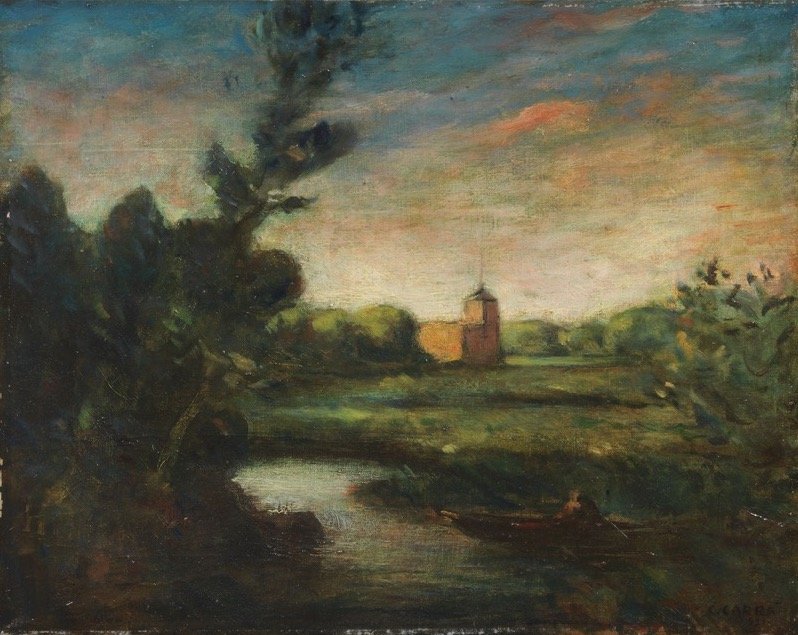 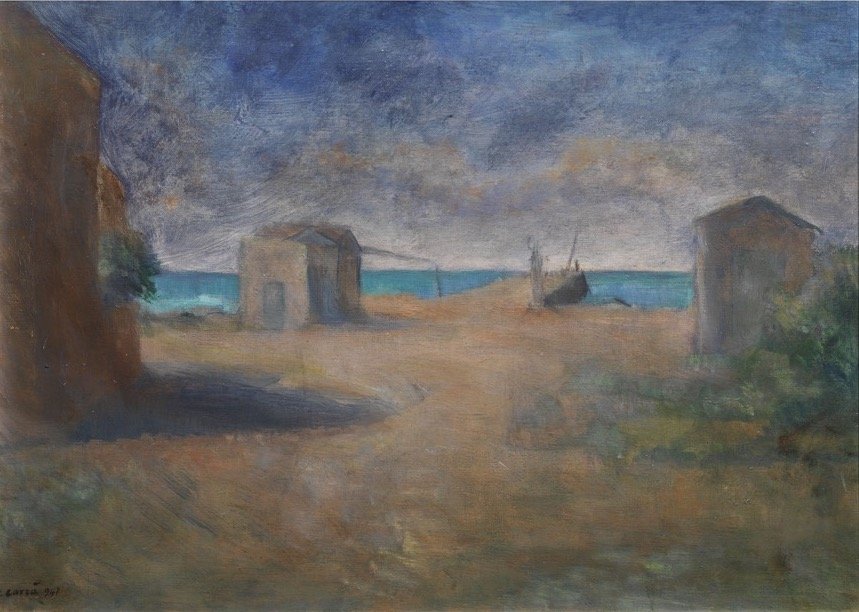 Carlo Dalmazio Carrà started learning art when he was just 12 years old. He began his artistic career working as a decorator in Valenza, between 1904 and 1905.

In 1906  he decided to apply to the Accademia di Brera in Milan, where he started to attend Cesare Tallone’s classes. In those years he met Boccioni and by the end of a short Divisionist period, to which he was drown by his political and quite anarchic interests, he joined the Futurist movement.

Carrà was really committed to the cause and for this reason he signed the ‘Manifesto dei pittori futuristi’ and the ‘Manifesto tecnico della pittura futurista’. However, in 1916 right after the First World War, he met de Chirico and De Pisis in Ferrara, and this new relationship brought him to leave the Futurist movement and approach the Metaphysical poetics.

Together with those two artists, he wrote the theoretical fundamentals of Metaphysical Painting. This change drove him closer to the Fourteenth and Fifteenth century art, with clear references to Giotto and Masaccio.

From 1918 he began writing for Valori Plastici magazine. In 1920 he started painting according to the rigorous terms of the Novecento Italiano, taking part in the exhibitions of 1926 and 1929 at Palazzo della Permanente in Milan. In 1941 he was appointed president of the painting department at the Accademia di Brera.