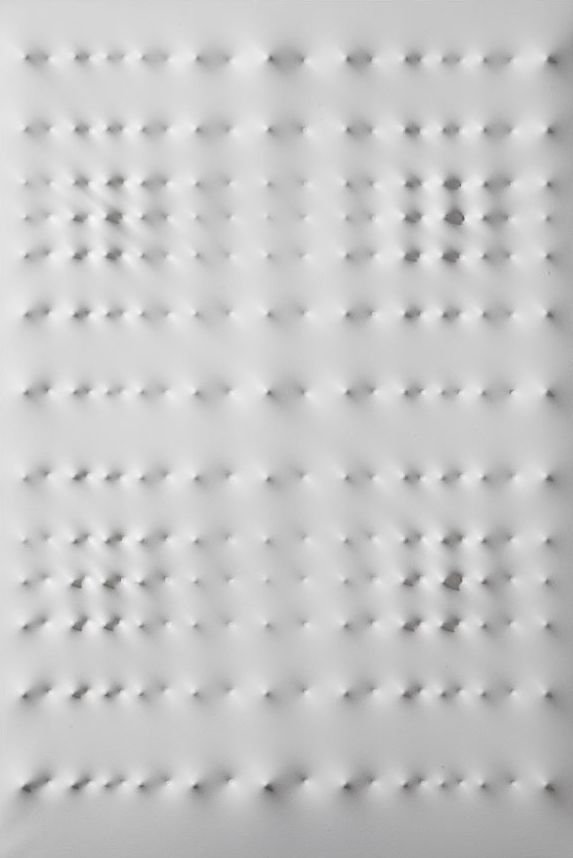 Enrico Castellani was an Italian artist. He studied painting and sculpture at the Academy of Fine Arts of Brussels as well as architecture at the École Nationale Supérieure in Belgium.

In 1957, he decided to return to Italy and settled in Milan where he came in contact with major figures of the Italian avant-garde: Lucio Fontana, Vincenzo Agnetto and above all Piero Manzoni with whom he became good friends.

He opened with Manzoni the galerie Azimut in 1959 and they started to publish an eponymous magazine. They strongly protested against Informal Art and wanted to develop a new pictorial language.

Castellani rejected mimetic art and believed that light, shadow and space had to be included in the painting without being actually represented with descriptive means. He created his first Superficie, now emblematic of his work, as an answer to his ideas. The works consist of monochrome paintings pushed and lifted with hidden nails behind the canvas.

Castellani still gives relief to plane surfaces and creates striking light and shadow games. Because of its great originality, the work of Castellani rapidly aroused interest and he came into contact with internationally renowned artists such as Robert Rauschenberg and Jasper Johns who started to contribute to the magazine Azimut with illustrations.

In 1960, Castellani participated in the exhibition ‘La nouvelle conception artistique’ at the Azimut gallery next to Yves Klein and German artists of the group ZERO.

Castellani has created various versions of his Superficie by changing the intensity and depth of the reliefs and by placing the nails in geometrical patterns or by placing them only on one side of the canvas. He has also tried using other materials such as aluminium. These pieces have been presented in exhibitions of major scale around the world: The Venice Biennal in 1964 and 1966, a group show at the MoMA in 1965 and documenta 4 in Kassel in 1968.

He is now considered a major figure of Italian post-war art. He was part of the exhibition ‘Identité italienne’ at the Centre Georges Pompidou in 1981 and ‘The Italian Metamorphosis’ at the Guggenheim in New York in 1994. The Prada Foundation in Milan also organized a great retrospective in 2001.

Castellani has works in many significant public collections such as the MoMA in New York and the National Gallery of Modern Art in Rome. 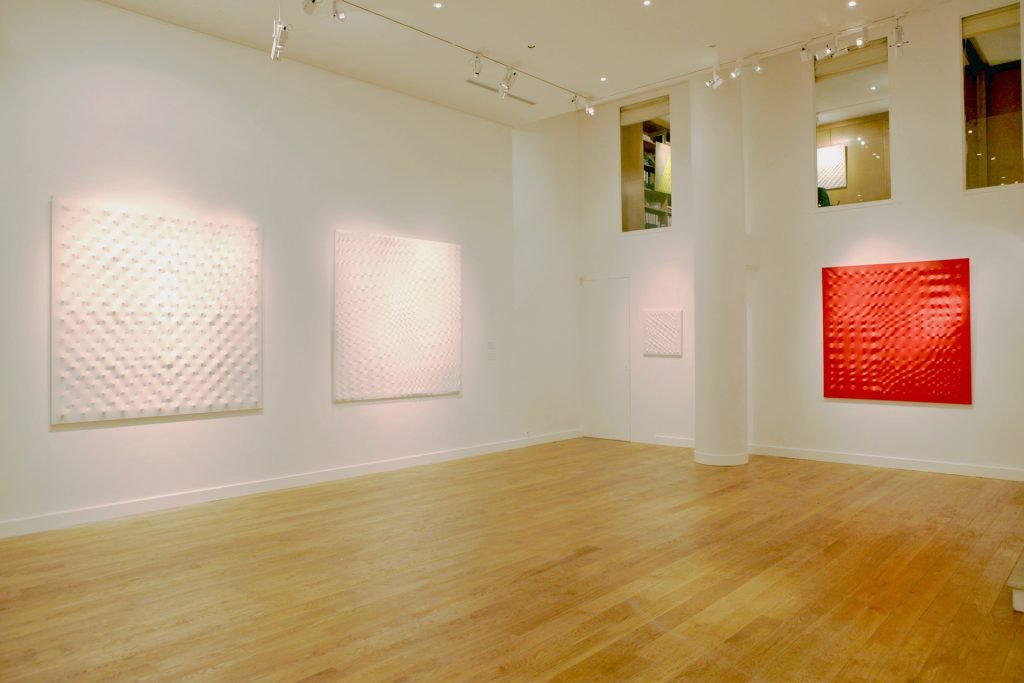 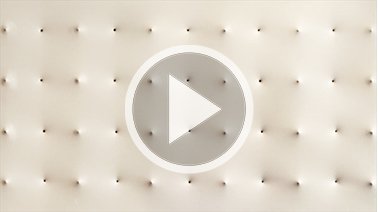 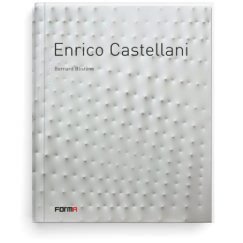