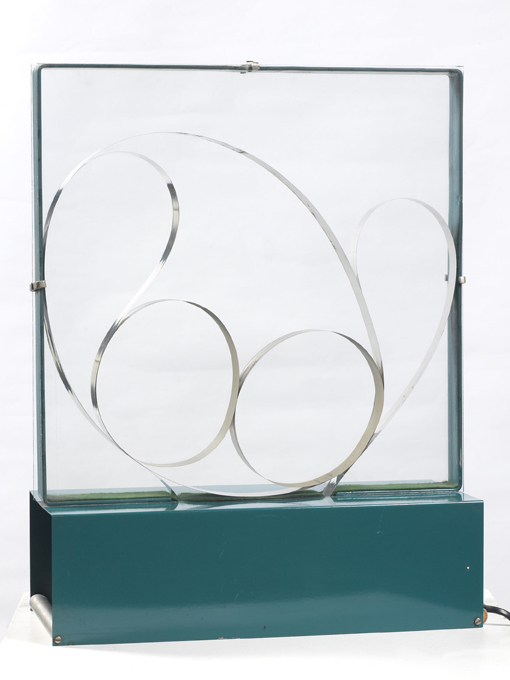 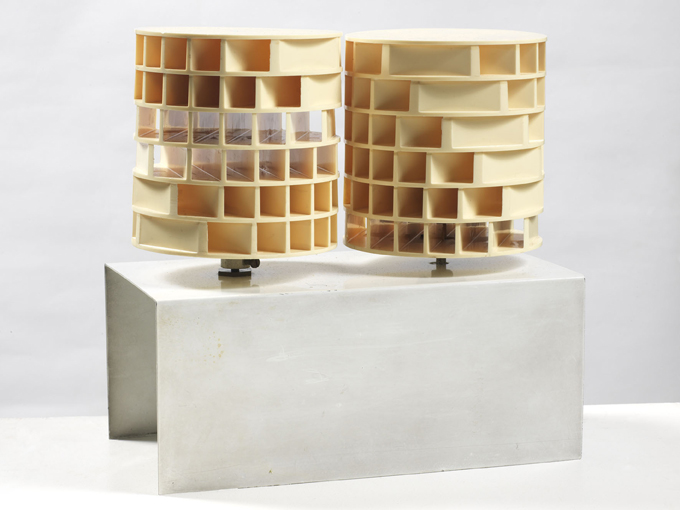 In the early years of his production, he worked mainly with ceramics and experimented with different materials and languages ​​ranging from photography to graphics. Strongly influenced by Lucio Fontana, he creates polymaterial works and monochrome reliefs in wadding which, in 1959, he exhibited at the Azimut gallery in Milan.

Also in that year, in Milan, Gianni Colombo founded Group T with Giovanni Anceschi, Davide Boriani and Gabriele De Vecchi, which is based on a recovery of the themes of the historical avant-garde (in particular of futurists, Dadaists and constructivists), but reworked according to the most recent experiments and artistic research, in order to abolish any static frontier between painting, sculpture and architecture.

In 1960 the group exhibited with the first collective exhibition, Miriorama, where the works are deliberately unsigned and characterized by research on the relationship between space-time in the work of art.

In the same year, with Miriorama 4, there is the first personal exhibition of Gianni Colombo, an exhibition in which he exhibits his first kinetic works Superfici in variazione and Rilievi intermutabili, whose novelty is represented by the direct intervention of the spectator to be activated.

His research focuses, in fact, on the attempt of enlivening works of art with mechanical movements, thus producing unpredictable variations to amaze and make the spectator’s role more active.

In 1962 he participated, together with the other exponents of the Group T, in the itinerant exhibition ‘Arte Programmata’ organized by Bruno Munari in collaboration with Olivetti. The group also adheres to the international ‘Nouvelle Tendance’ movement and subsequent exhibitions of the movement.

Starting from the mid-sixties, Colombo is more interested in the environmental space that he designs as a place of sensory activation involving spectators. Colombo therefore creates habitable and practicable environments which, progressively, from neutral and “abstract” spaces (where the public is immersed in kinetic events of a luminous nature), become more and more spaces linked to an architectural design, with the intention of making you rethink to the viewer the concept of space, modifying its perception of the environment, as if to underline the fragility of the convictions dictated by habit. Colombo’s best-known environment is Spazio Elastico, with which he won the first ‘Prize for painting’ at the XXXVI Venice Biennale in 1968.

In 1979 he was appointed professor of “Structuring of space” at the New Academy of Fine Arts in Milan, of which he also assumed the direction since 1985.

Gianni Colombo has exhibited in some of the most important museums and cultural institutions in the world. His artistic research was fundamental for the developments of Op Art and environmental art.