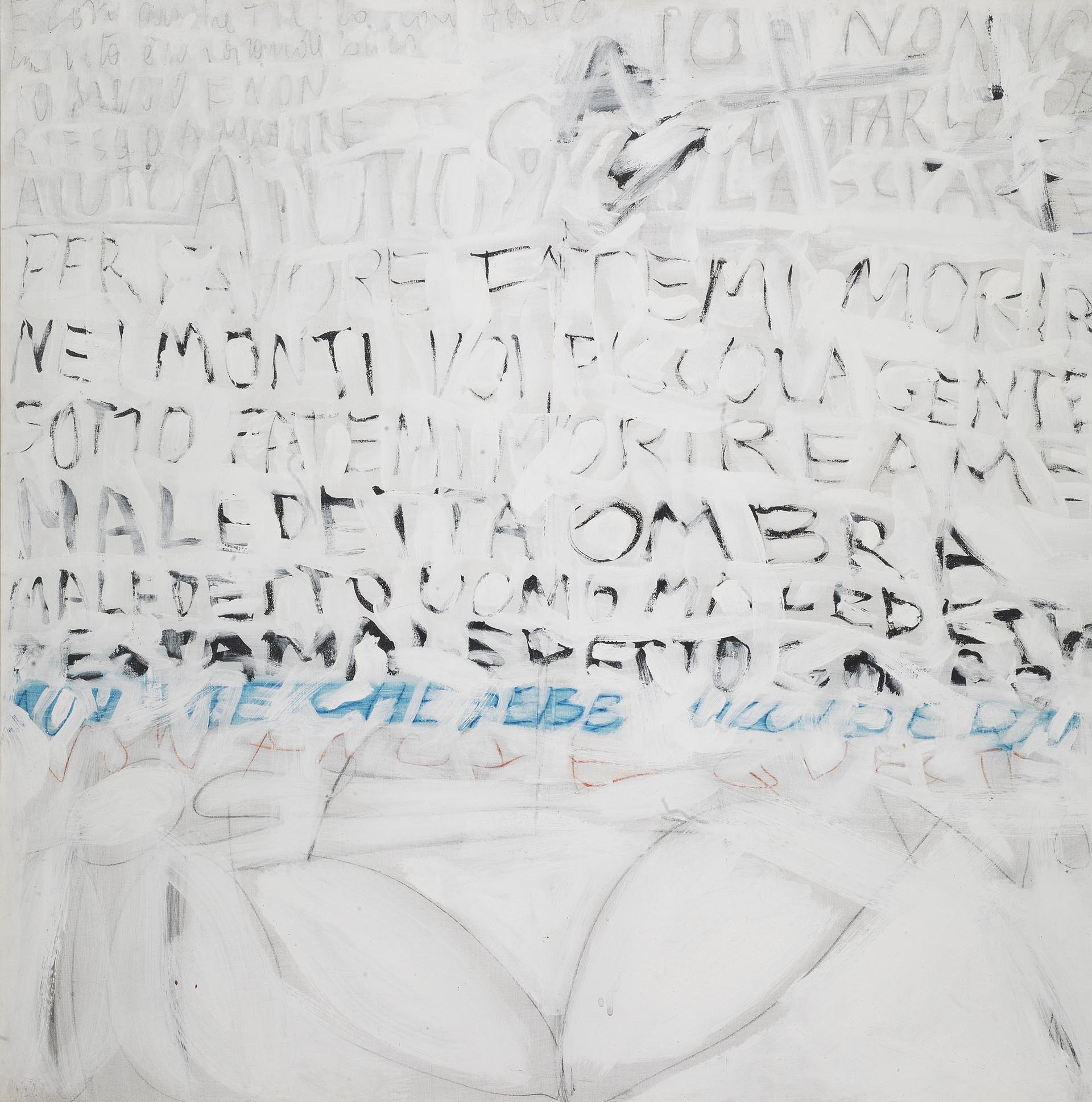 In 1943, at the age of eighteen, he joined the Italian Resistance, being imprisoned and tortured. He was freed in 1944 when the allies entered Rome.

After graduating in Political and Social Sciences in Florence, Novelli made his first trip to Brazil in 1948, where he began his career as an artist. In 1950 he returned to Italy and held his first solo exhibition at the Sistina Theater in Rome, where he exhibited a series of paintings attributable to an expressionist matrix.

In the early 1950s he lived in Brazil, directing his pictorial research towards geometric abstraction also thanks to the knowledge of Max Bill and the revelation of the work of Paul Klee. In these years, together with some personal exhibitions, he participates in the I and II Biennial of San Paolo.

In 1955 he settled in Rome and quickly entered the cultural environment of the city. Get in touch with Achille Perilli, with whom he will begin a partnership that will last many years. At that time Novelli experimented with various techniques, such as spray painting, already used by Cagli, and direct photography, already used in Italy by Luigi Veronesi and Bruno Munari.

1957 is a fundamental year for Novelli: he makes many trips to Paris, where he meets Tristan Tzara, André Masson, Man Ray and Hans Arp; holds a solo exhibition at the La Salita gallery in Rome, where he exhibits new works of clear informal ancestry; he founded, with Achille Perilli, the magazine “The modern experience”, which was published in five issues until 1959. He met Afro, of which he became assistant from 1959 at the Liceo Artistico in via Ripetta, and Cy Twombly.

Since the 1960s he has traveled extensively in France, the United States, Greece, Turkey and his personal exhibitions have been set up both in Italy and abroad.

Meanwhile, the pictorial research is moving towards overcoming the informal in terms of sign and writing. His most significant production has taken shape in recent years as a sort of painting-writing also linked to relationships of cultural exchange with the poets of the Group63 and intertwined with similar results of American painting (in particular Cy Twombly).

In 1964 he was invited to the Venice Biennale with a personal room. He was invited again in 1968, but in protest of the police intervention inside the Gardens he refused to exhibit his works by knocking them over against the walls. The same year he moved to Milan where he began teaching at the Brera Academy of Fine Arts, shortly before disappearing prematurely due to a postoperative collapse.