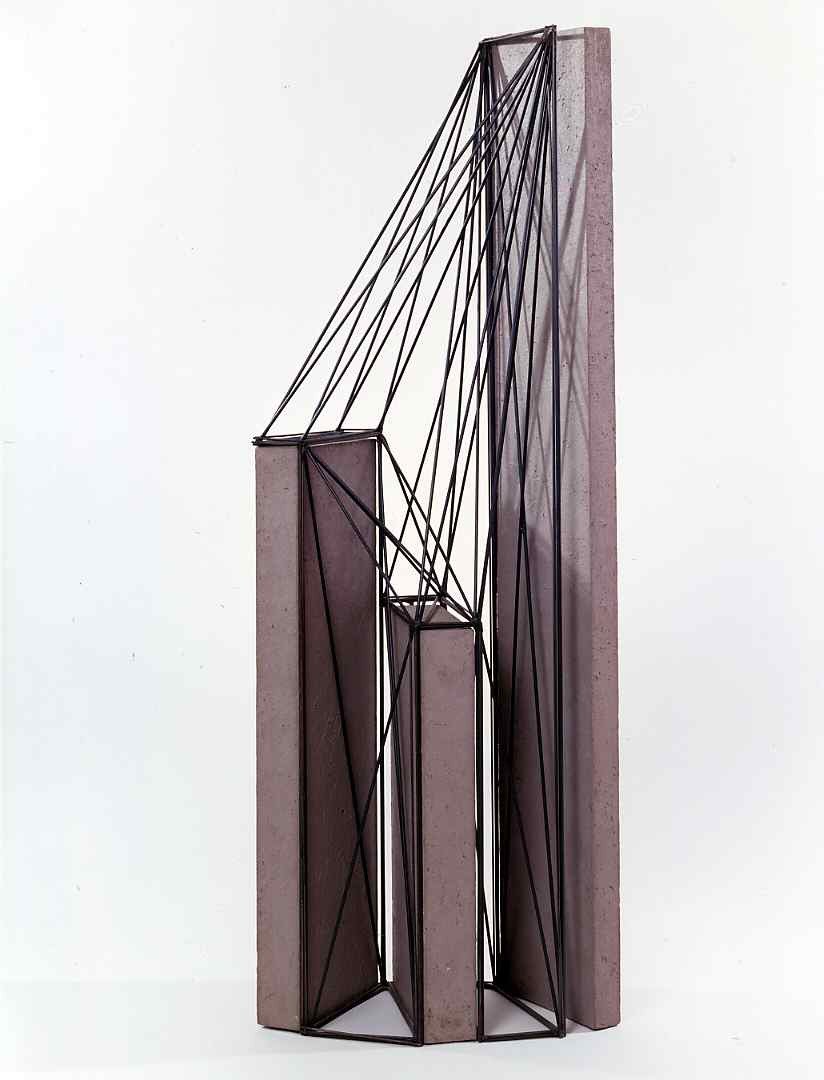 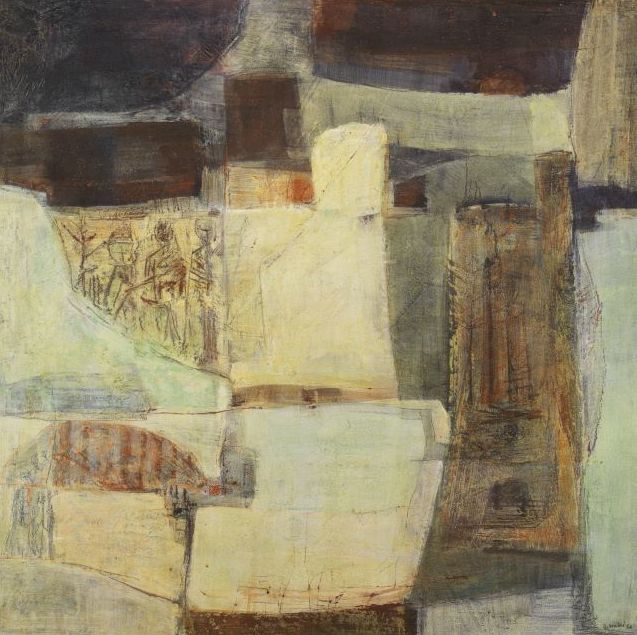 Giuseppe Uncini was an Italian sculptor and painter.

He trained at the Art Institute of Urbino and, in 1953, he moved to Rome where he began to attend the artistic panorama of the city, knowing among others Capogrossi, Afro, Cagli. Already in 1955 he was invited to participate in the Rome Quadrennial.

In 1956-57 he began the cycle of works called Terre using materials such as tuff, sand and ash. Starting in ’57, Uncini shifts his research on materials such as iron and concrete, with which he realizes the first Cementarmati which will become the stylistic code of his production.

In 1961 he obtained his first solo exhibition at the L’Attico gallery in Rome. In 1962, together with Gastone Biggi, Nicola Carrino, Nato Frascà, Achille Pace and Pasquale Santoro, he set up ‘Group Uno’ for a valorization of the social role in art: he himself stated that «those who make art must reflect thoroughly on the materials they use, in order to express a real meaning ».

The Sixties are characterized by Ferrocementi, where cement is smoothed to the point of losing its material quality and iron becomes the real protagonist of the work, determining the thickness of the cement layer. In 1966 he was invited to the Venice Biennale, where he exhibited the Strutturespazio.

Uncini, thinking about the relationship between objects and shadows, develops a new series of works that reach architectural dimensions and that have their best example in Porta aperta con ombra, commissioned by Palma Bucarelli for the National Gallery of Modern Art in Rome.

The last work created by Giuseppe Uncini is Epistylium a sculpture in reinforced concrete over six meters high, and made for the Mart of Rovereto.