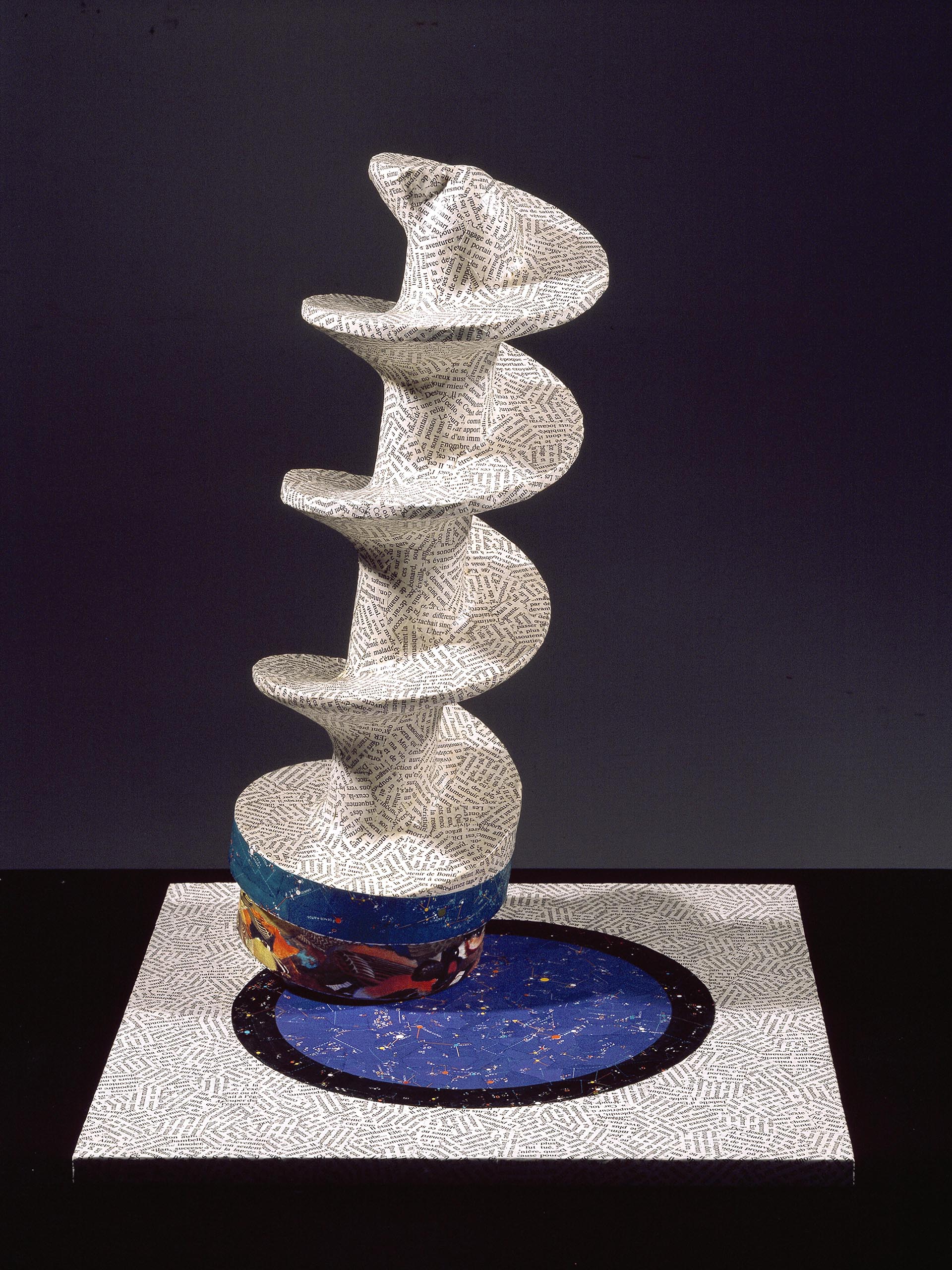 Coming from a very modest family, Jiří Kolář lives changing profession several times while nurturing his artistic ambitions. At the age of twenty, he made his first collages heavily influenced by poetry and futuristic aesthetics: they were exhibited for the first time in 1937 and his first collection of poems was published in 1941.

In 1942 he founded Skupina 42, an artistic group influenced by the continental avant-gardes, which celebrated “the enchantment of technology”. Together with his wife Běla, married in 1949, he collects over the years a large collection of works which was bequeathed to the Kampa Museum in Prague in 2002.

During the 1950s and 1960s, he worked systematically on the fusion of poetry and plastic arts, using a large number of techniques, sometimes invented by himself. The result is a very surprising corpus in which words and images form a very personal and touching visual alphabet.

Kolář became very internationally famous and began traveling between Germany, the United States, Japan and Brazil (where he won first prize at the São Paulo Biennial in 1959). After reaching the highest point of his artistic career with an exhibition at the Guggenheim in New York (1975), he moved to Berlin and finally, in 1980, to Paris. Here he exhibited at the Galerie Maeght, founded the Revue K dedicated to Czech artists exiled in France and prepared his future exhibitions at the Museum of Düsseldorf (1980), at the Pompidou Center and at the PAC in Milan.

In 1984 he obtained French nationality. In these years he was exhibited in Nüremberg, Oxford, Duren, and at the Guggenheim for the third time, as well as at the Venice Biennale.

In 1989, after re-establishing ties with his country of origin after the Velvet Revolution, he often went to Prague, where he established the Jindřich Chalupeck Prize to support young artists. He died during the summer of 2002 in the Czech capital.