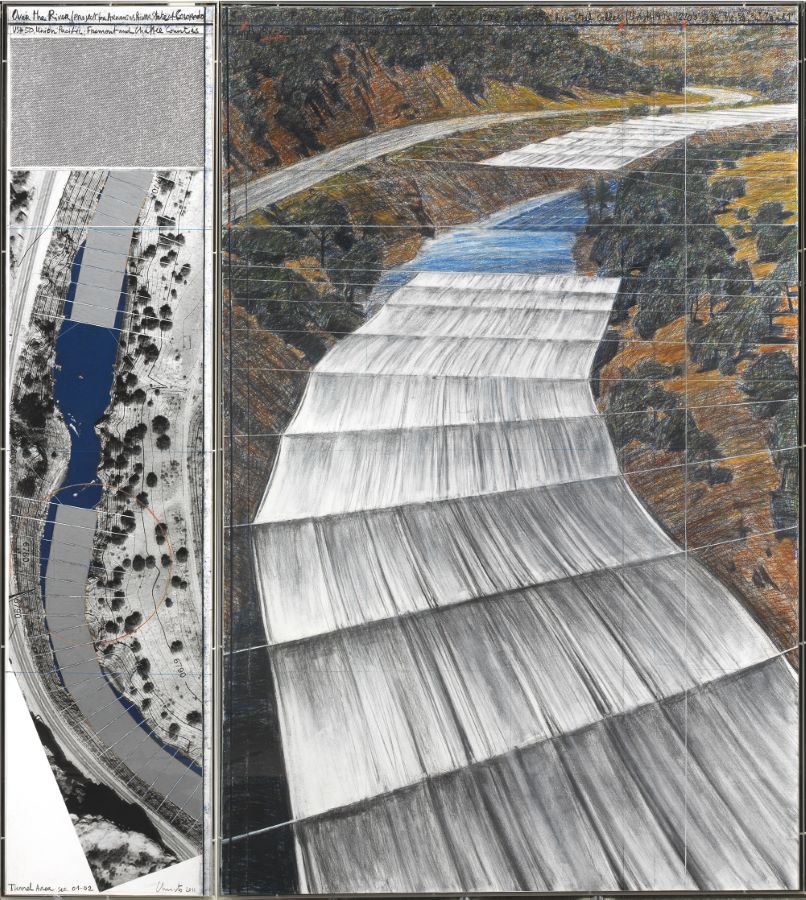 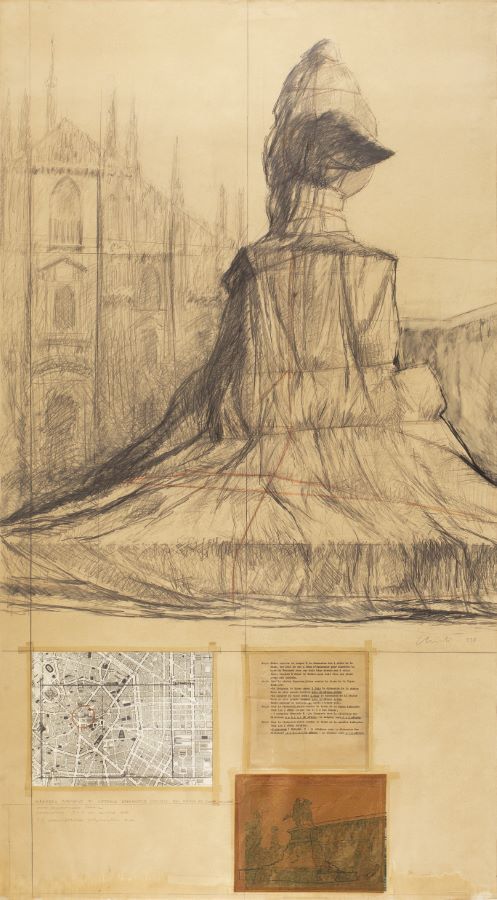 The name of Christo actually conceals the artistic project of a couple, in life and art. Christo Vladimirov Javašev and Jeanne-Claude Denat de Guillebon are American but were originally from Bulgary and Morocco, respectively.

Both born on June 13th, 1935, they met in 1958 and started working together, creating a unique artistic language that places them amongst the most influential artists of 20th-century ‘Land Art’.

Christo Javašev was born in Bulgaria; he studied at the Academy of Fine Arts in Sofia and later moved to Paris, where he joined the Nouveaux Réalistes group. His first works were abstract paintings and objects wrapped in canvas or plastic. Jeanne-Claude was born in Casablanca and graduated in Tunis in 1952.

The theme originally developed by Christo became the center of the couple’s artistic production. With the Wrapped Objects they “revealed through concealment”, with a conceptual goal that was the opposite to that of Duchamp’s ready-made objects. Whereas with Duchamp common objects became works of art, they now became a strange object that went beyond our common perception and was completely reinvented, as illustrated by the Mura Aureliane in Rome. The projects are in fact implemented with the aim of temporarily modifying the landscape.

In 1961 they held their first exhibition at the Haro Lauhus Gallery in Cologne. They later emigrated to the United States and in 1964 they started making large-scale projects with buildings, monuments or entire landscapes. Among the most famous projects there are the packing of monuments or the long sheets of cloth laid in natural places.

Christo came up with the idea, and Jeanne-Claude was in charge of implementing it. They both signed the installation and the preparatory drawings that recorded it, made by Christo only.

In their view, their temporary wrappings were tributes to monuments and places. In spite of this, their works have often been controversial, because of their very strong visual impact.

In 1970 and 1972 they created Valley Curtain, by stretching a 400-meter-long cloth across a valley in Colorado.

Between 1980 and 1983 they made Surrounded Island, by wrapping two entire islands in fuchsia cloth, in the Biscayne Bay in Miami.

In 1985 they wrapped the Pont-Neuf in Paris and in 1995 the Reichstag in Berlin. In 2005 they created a 37-kilometer-long path in Central Park in New York.

Jeanne-Claude passed away in New York in 2009. Christo continued working on their ambitious projects until his death in 2020.