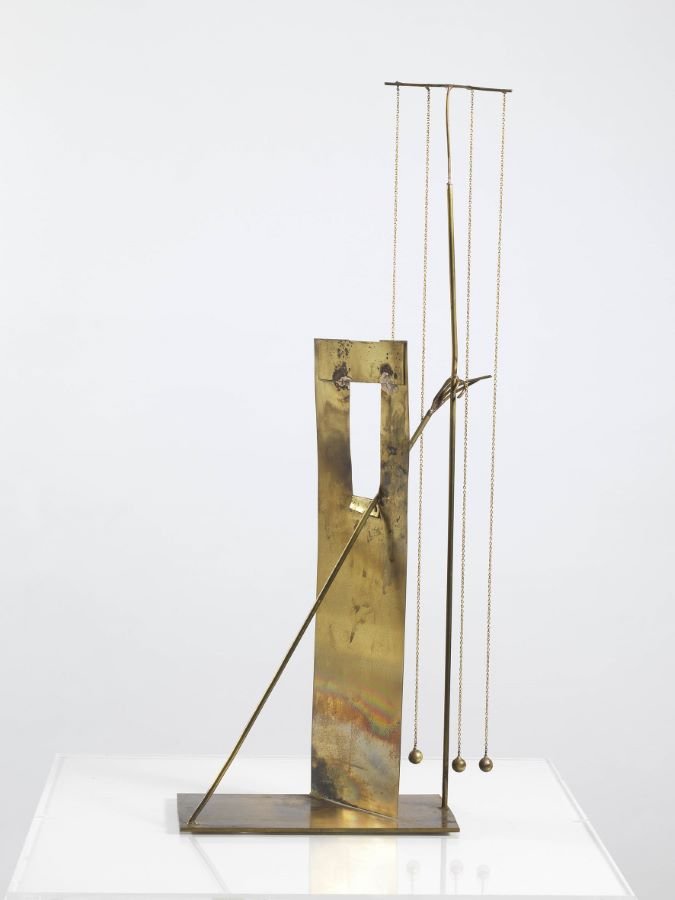 Fausto Melotti trained at the Physics and Mathematics faculty of the University of Pisa and at the Polytechnic of Milan, where he graduated in electrical engineering in 1924.

In these years he developed a strong interest in music, studying piano, and sculpture, and enrolled at the Brera Academy in Milan, where he was a pupil of Adolfo Wildt, together with Lucio Fontana, with whom he formed a long association.

In 1935, in fact, he joined the “Abstraction-Création” movement, founded in Paris in 1931 by Van Doesburg, Seuphor, Vantongerloo with the aim of promoting and spreading the work of non-figurative artists. In the same year, together with the group of Milanese abstractionists, he took part in the first collective exhibition of abstract art in Casorati and Paolucci’s studio in Turin and exhibited his sculptures in Milan at the Galleria del Milione in one of his solo shows.

After the war, he devoted himself to ceramics and achieved, through a very refined technique, a very high quality recognized by the numerous prizes received, including the Grand Prix of the Triennale in 1951, the gold medal in Prague and that of Munich.

Melotti’s production has always been animated by a double, but not contradictory tension: on the one hand, the allusive and symbolic form, on the other, the rhythmic and structural invention. His sculpture is defined more and more on a mental character and at the same time undergoes a synthesis, in ways and materials: ceramic, plaster, polymaterial theaters, but above all very light steel sculptures are full of a surreal vein.

A profound professional and human bond with Giò Ponti with whom he collaborates in two major projects for the Villa Planchart in Caracas (1956) and the Villa Nemazee in Tehran (1960) deepens.

In 1967 he exhibited numerous newly inspired sculptures at the Toninelli Gallery in Milan. From here begins a series of exhibitions in Italy and abroad that will quickly lead him to success. In 1979 an anthological personal exhibition was presented at Palazzo Reale in Milan and in 1981 Florence dedicated a large retrospective to him at Forte Belvedere.

Melotti died in Milan on June 22, 1986, and in the same month, the 42nd Venice Biennale of Visual Arts awarded him the Golden Lion in memory.