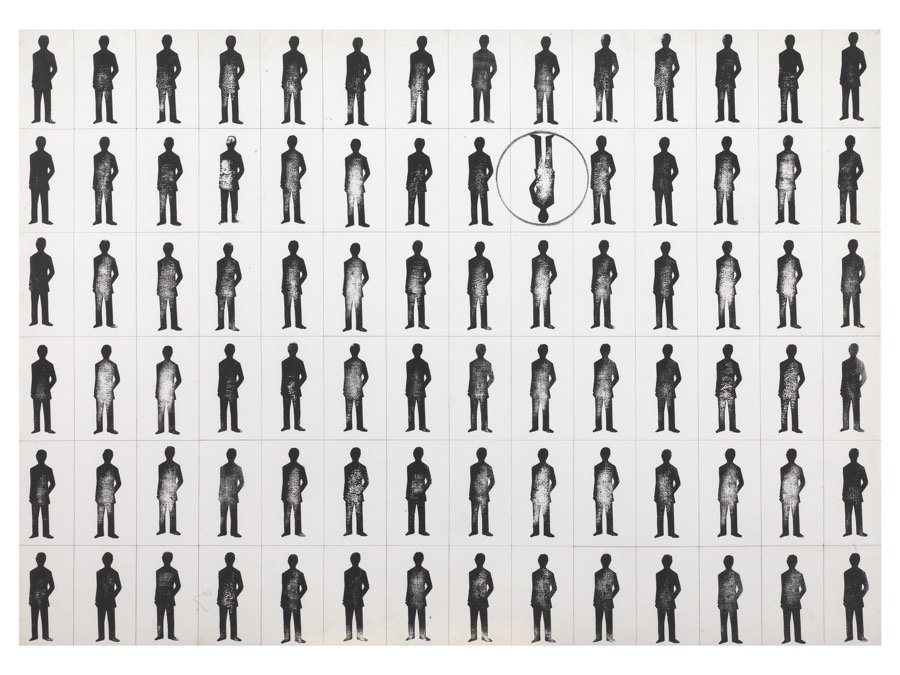 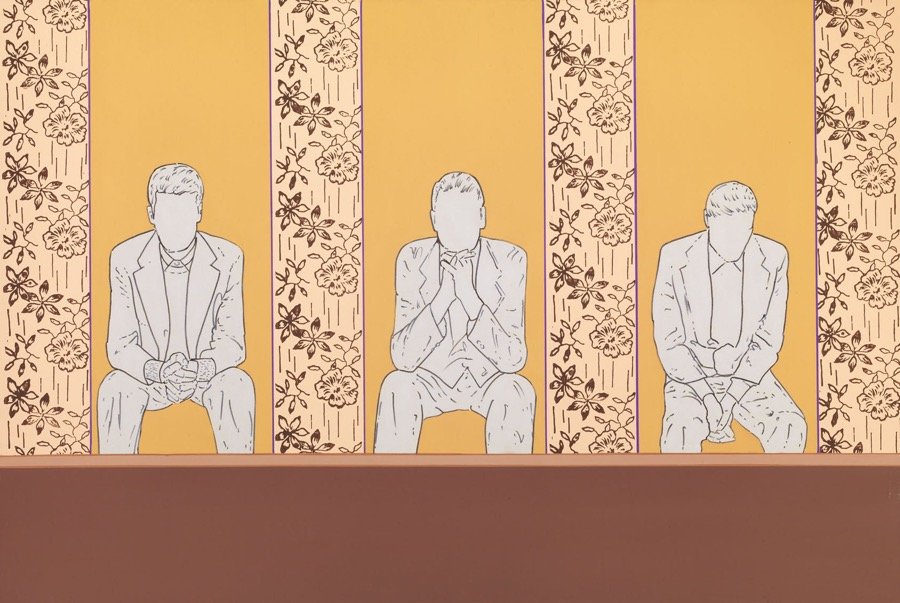 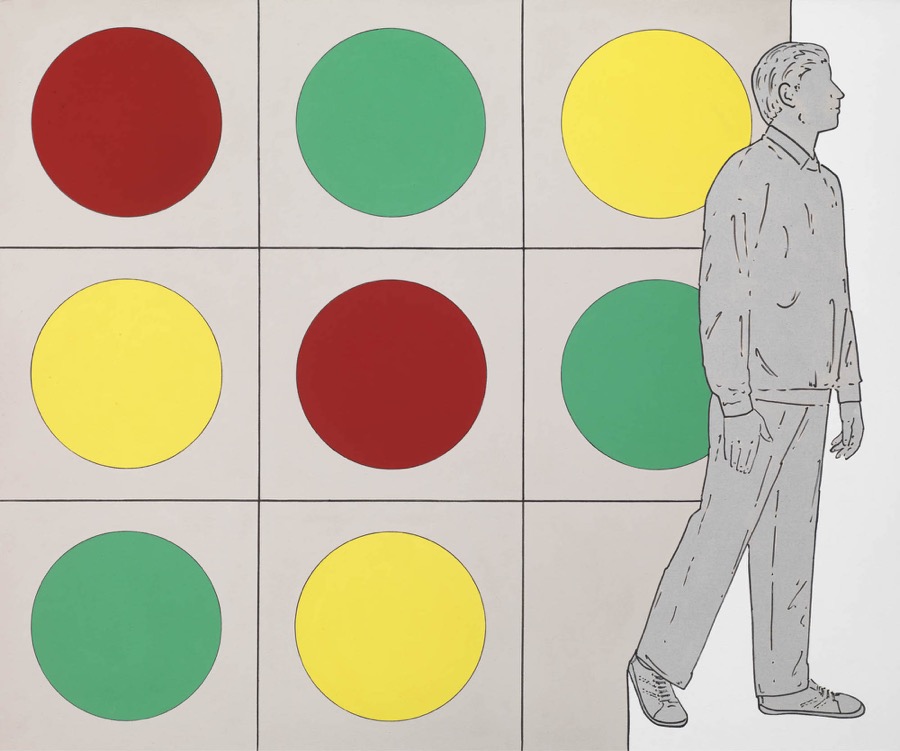 Renato Mambor was an Italian artist among the major representatives of the “Scuola di Piazza del Popolo”. This artistic experience was born in the 1960s in Rome and revolves around the figure of Mario Schifano, with whom Mambor makes a deep friendship and begins to experiment with his first artistic research.

In 1959 Mambor had his first exhibition at the Appia Antica Gallery in Rome and the following year he won one of the “encouragement prizes” of the Gallery of Modern Art, to then exhibit at Plinio De Martiis’ La Tartaruga Gallery in 1963 and in subsequent years. In 1967 Germano Celant invited him to exhibit in his exhibition Arte povera – Im-spazio in Genoa.

He began his business with the invention of a cold and depersonalized figural image through the use of statistical shapes, road signs, photographic traces, stamping of stamps and rollers. The flat two-dimensional shapes exclude somatic traits, any sign of depth or calligraphy.

Mambor is one of the first artists who borders on painting in other languages ​​such as photography, performance, installations, theater and cinema, also playing a small role in Fellini’s La Dolce Vita.

Since the late 60’s he has been actively dedicating himself to photography, creating the series Azioni Fotografate, where he fixes his body blocked by obstacles. In the Giocattoli per Collezionisti cycle, he builds “reassuring” toys as a support for the “disturbing” photographs taken from the Atlas of Legal Medicine.

Since 1975 he directs the theater company Gruppo Trousse (name taken from the metal sculpture he made), working as an author and director until 1987.

Mambor returns to devote himself to painting in the late 80s, after having temporarily suspended it to devote himself to photography, video and theater. His research focuses on the interaction between the external object and the pictorial surface. In recent years he has worked a lot on his profile or shoulders image, without a face, which indicates an assumption of responsibility for the experience and not a narcissistic fact.

In 2007 at the National Gallery of Modern Art in Rome, presented by Achille Bonito Oliva, he exhibited the Separé.

The artist continued to produce and exhibit until 2014, the year of his death. 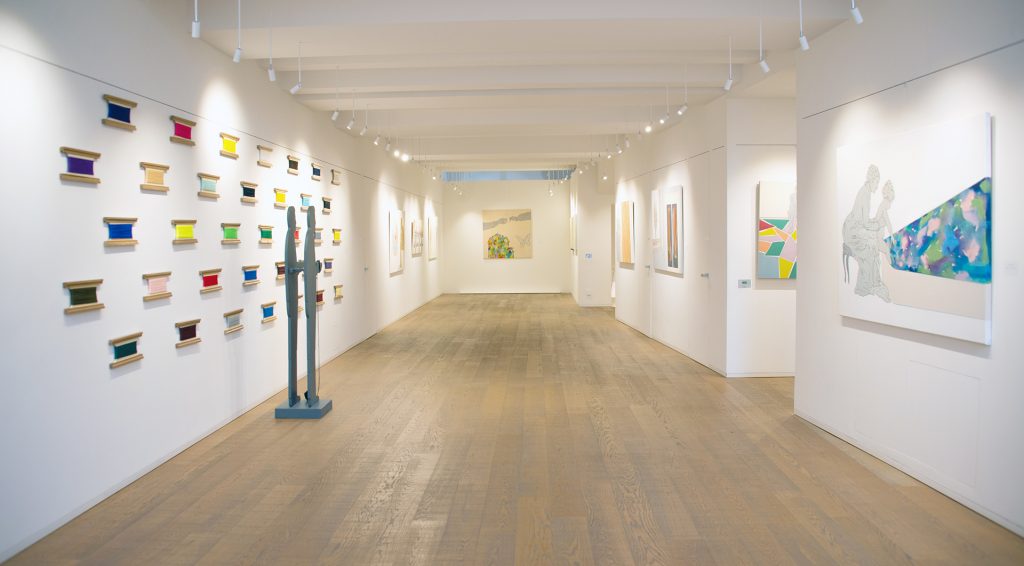 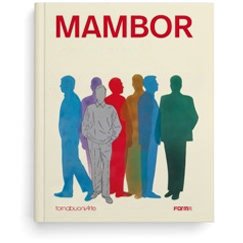