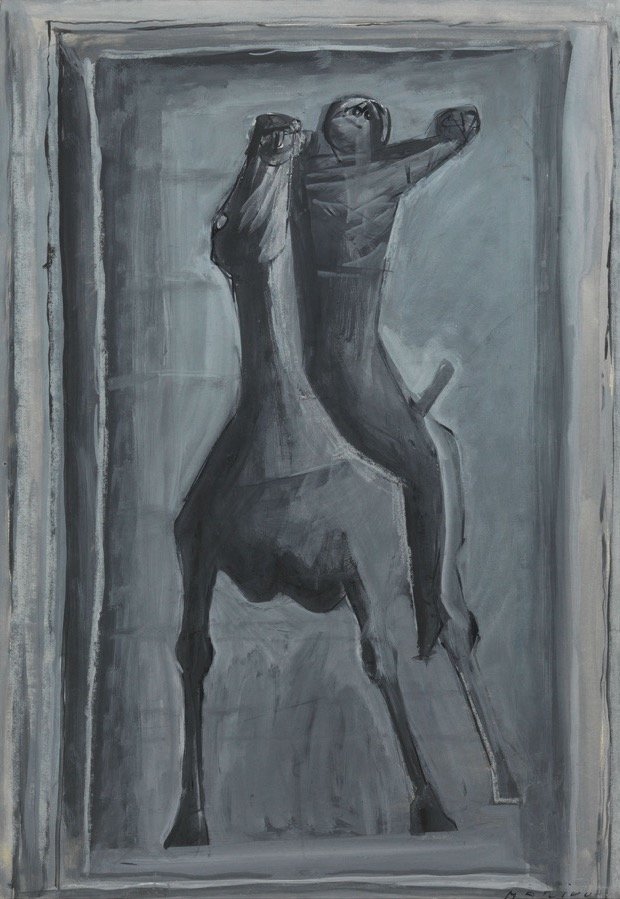 Marini attended the Fine Arts Academy of Florence in 1917. The influence of Etruscan art and professor Arturo Martini led him to privilege sculpture from 1922. As the successor of Martini, he taught at the Scuola d’Arte di Villa Reale in Monza, Italy, from 1929 to 1940. In these years he often traveled to Paris, where he frequented Picasso, Braque, De Chirico, De Pisis and many other artists.

In 1935 he won the Rome Quadriennale Prize and started focusing on two main topics: the “Rider” and “Pomona” (Roman goddess of fruitful abundance). In 1940 he began to teach sculpture at the Brera Academy of Fine Arts in Milan.

The exile to Switzerland in 1943 introduced Marini in the cutting-edge European art scene where he met Wotruba, Giacometti and Richier. In 1944 he participated in the show “20th Century Italian Art” at the Museum of Modern Art in New York and, back to Italy in 1946, he settled permanently in Milan.

In 1948 the Venice Biennale dedicated to Marini a personal room. In this period, he also became friend with Henri Moore, who would be an important reference for his artistic research.

In 1950, when Marini was in New York for exhibiting in Curt Valentin’s Buchholz Gallery, he had the opportunity to meet, among others, Arp, Calder, Feininger, Dalì and Lipchitz. The following years marked a turning point in Marini’s career, thanks to his frequent exhibitions and prizes. He was indeed awarded the Grand Prize for Sculpture at the Venice Biennale in 1952 and the Feltrinelli Prize at the Accademia dei Lincei of Rome in 1954. In 1958-1959 the municipality of The Hague commissioned to him an equestrian monument. He later took part in important shows in Zurich (1962), Rome (1966) and across Japan (1978).

In 1988 a museum dedicated to Marini’s career opened in Florence, in the former church of San Pancrazio. His work is also displayed in prestigious museums such as the Galleria Civica di Arte Moderna in Milan, the Tate Gallery in London, the Peggy Guggenheim Collection in Venice, and the Hirshhorn Museum and Sculpture Garden in Washington, D.C.

In the 1930s-1940s, Marini tried to achieve pure forms, drawing on the medieval and Etruscan artistic syntax. From 1943 on, his subjects became more violent and nervous, thus expressed the dramatic and conflictual relationship between rider and horse.

Finally, after the World War II, the artist accentuated the dynamic tension between figures, which began to be deformed and to lean on plain and bare surfaces.