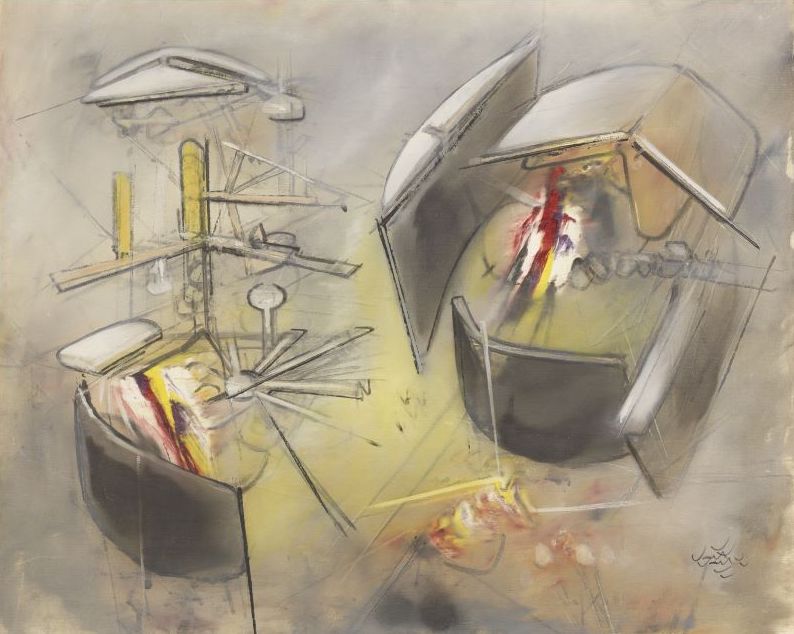 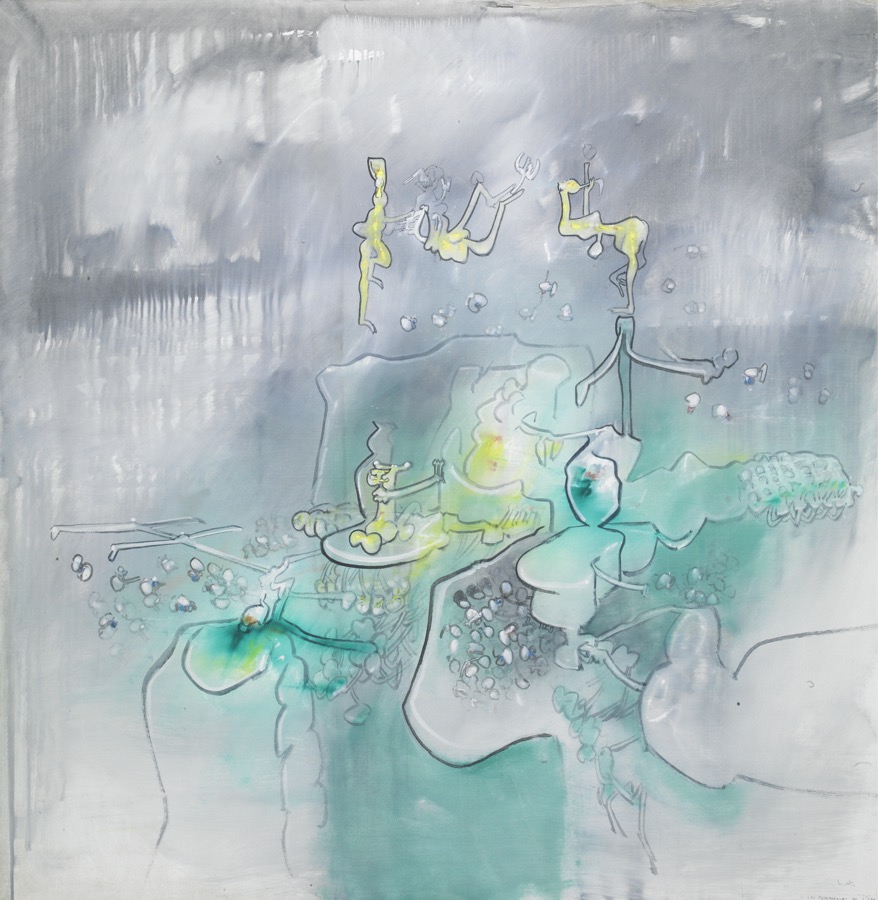 Roberto Matta Echaurren, who often liked to present himself as “Roberto Sebastián Antonio Matta Echaurren”, known as Matta, is a Chilean surrealist painter. He finished his studies of architecture and moved, in 1934, to Paris, where he worked with Le Corbusier and where he met André Breton and Salvador Dalì. He began to paint and joined the surrealist movement, while having a true dreamlike style in his artistic language. His first psychological Morphologies of the years 1938-1942 impose themselves and trace a fundamental direction to the development of the movement.

Sebastian Matta travels a lot and during his travels, he meets Alvar Aalto in Scandinavia, as well as Walter Gropius, Henry Moore, Laszlo Moholy-Nagy and René Magritte in London. Supported by André Breton, he participated in the International Exhibition of Surrealism in Paris. When the war broke out, he flew to New York where he befriended Pollock, Gorky and Rothko, and became a real influence for these artists.

He returned to Paris in 1948 and was quickly sidelined from the world of the surrealists after being accused of causing Gorky’s suicide following a relationship with his wife. His “exile” ends in 1959, when Surrealism begins to come to an end. He moved to Rome in 1949, a link between Abstract Expressionism and Italian Abstraction and returned to Paris six years later, while retaining a very strong link with Italy. During the 1950s, his success was international, his works were in museums in London, New York, Chicago, Rome, Venice, Paris and Washington.

During the 1960s, he openly supported the Chilean president Allende, however he asked for French nationality following the takeover of the dictator Pinochet in Chile. In 1971, Connaissance des Arts magazine placed him among the best 10 contemporary artists in the world. From 1973 to 1976 he designed and produced with Bruno Elisei the Autoapocalipse, a house made of old cars, in order to denounce mass consumption. In 1985, the Center Pompidou dedicated a large retrospective to him.

From the 1990s, he lived between Paris and Italy and continued to work until his death at Civitavecchia in 2002. His children Gordon Matta-Clark, Pablo Echaurren, Federica Matta and Ramuntcho Matta follow in his footsteps as an artist, pursuing international careers.