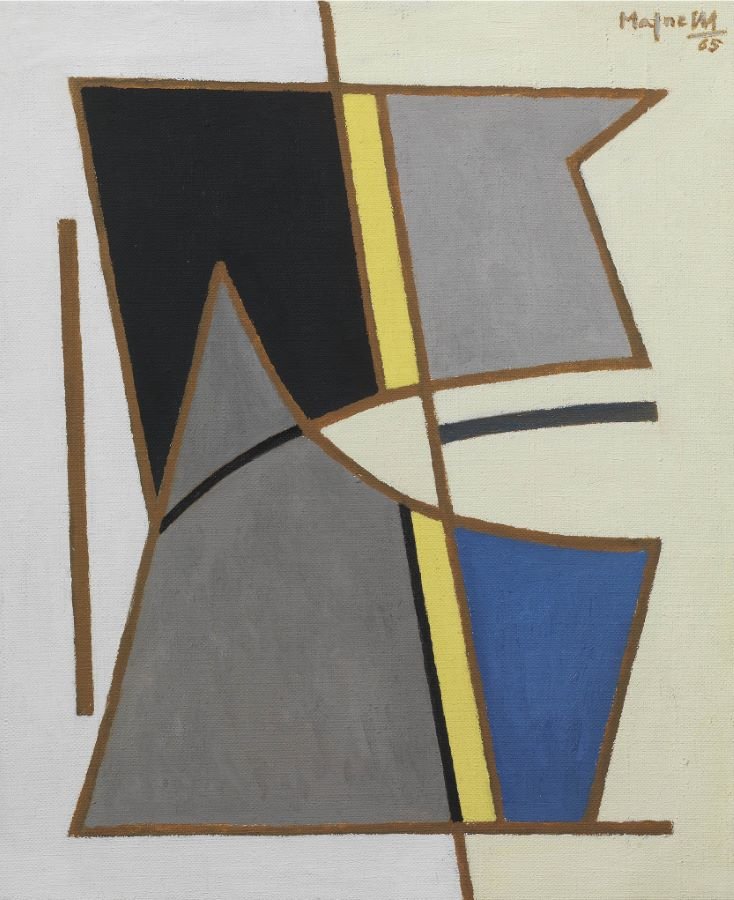 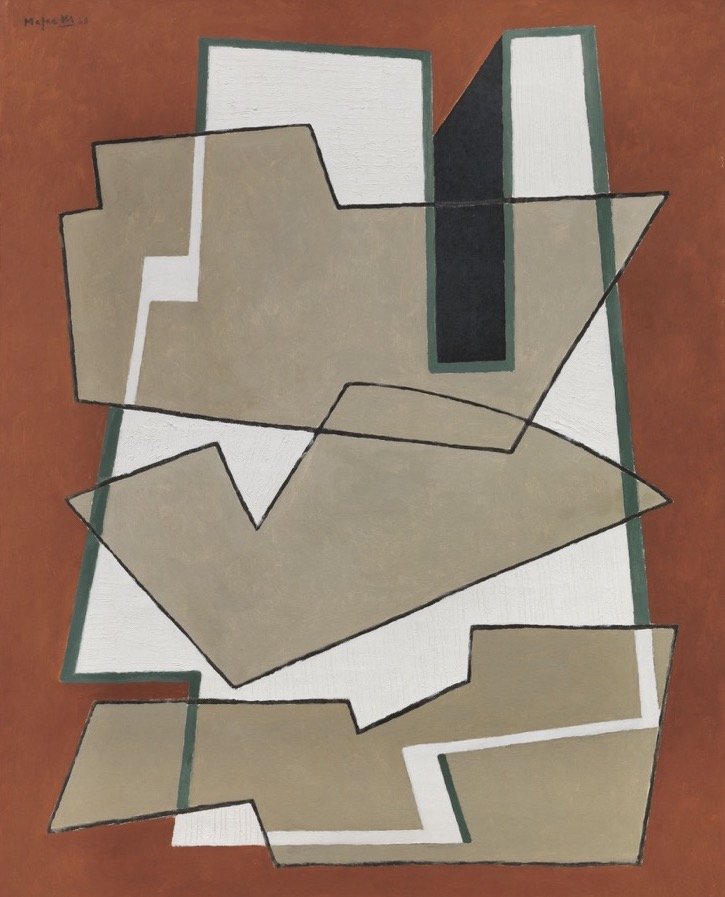 Alberto Magnelli began to paint in 1907. In 1911, he met many Futurists artists without ever formally joining the movement. He left for Paris in 1914 where he discovered Cubism and met Max Jacob, Apollinaire, Picasso, Juan Gris, Matisse, Léger, de Chirico and Archipenko. These influences make his style closer to abstraction.

Upon his return to Italy in 1918, he first produced Lyric Explosions, then paintings influenced by his passion for Tuscan Primitives in the 13th and 14th centuries.

In 1931, he settled in Paris, where he exhibited the series of Stones at the Pierre Loeb Gallery, inspired by the marble quarries he had visited in Carrara. He meets and befriends Kandinsky and joins the Abstraction-Creation group.

Between 1932 and 1938, he exhibited at the Venice Biennale, the Quadriennale in Rome, the Il Milione Gallery in Milan and the Salon des Réalités Nouvelles at the Galerie Charpentier.

In 1937 he held his first solo exhibition at the Bover Galleries in New York. During the War he moved to Grasse with his friends Arp and Delaunay, where he devoted himself entirely to collages and abstraction.

In 1947, during an important retrospective at the Galerie Drouin, he was defined as “the most important abstract painter in Paris”. In 1950, the Venice Biennale dedicated a personal room to him to exhibit his works. He received first prize in foreign painting at the Sao Paulo Biennale in 1955 and then the Guggenheim Prize for Italy in 1958. On the occasion of his seventy-fifth birthday, he held an important retrospective at the Kunsthaus in Zurich. Many exhibitions will follow, including one at the National Museum of Modern Art in Paris.

He died in Meudon in 1971, considered unanimously as one of the greatest references in European abstract art.