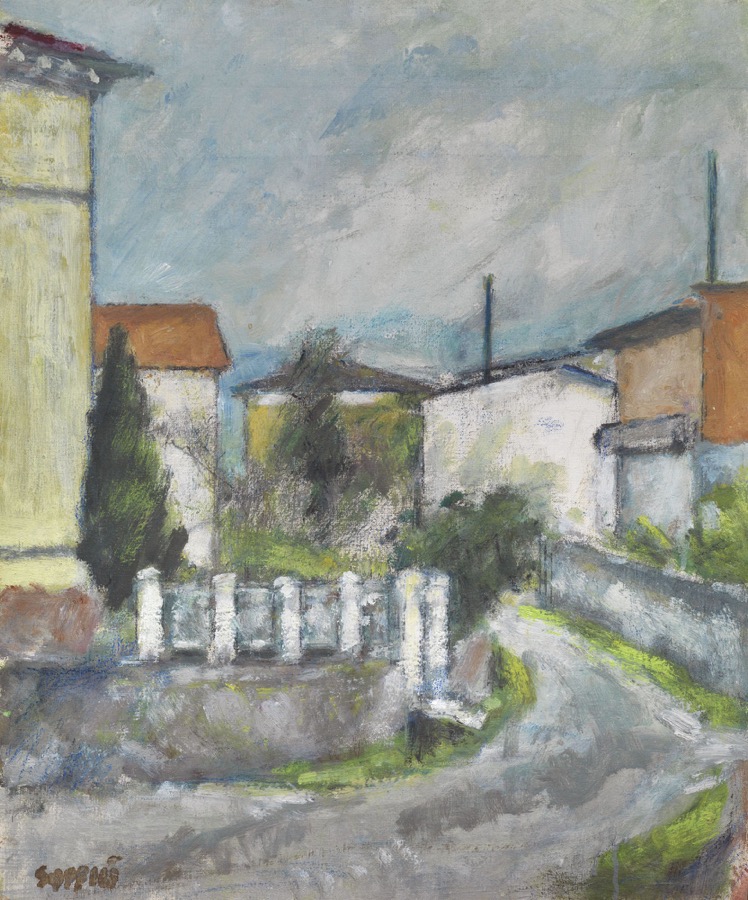 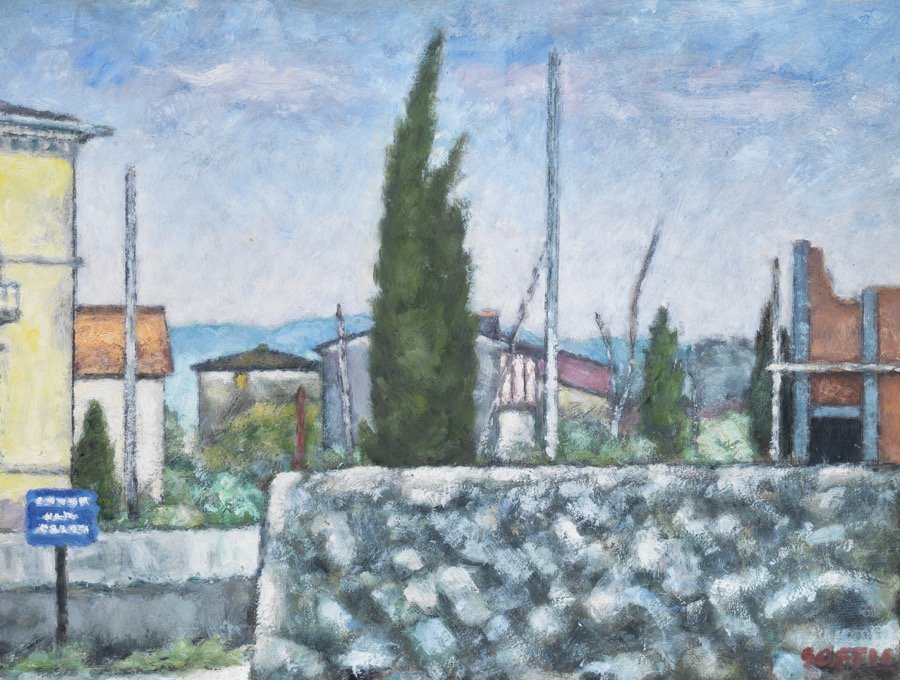 Ardengo Soffici was an Italian painter, writer and poet. Due to the drastic financial situation affecting his family, he was unable to pursue an artistic career and began working as a lawyer in Florence to maintain his loved ones.

He approaches painting by starting to attend some young artists enrolled in the Academy of Fine Arts in Florence and at the Free School of Nude.

In 1900 he decided to abandon the restricted environment in which he lived and went to Paris, where he was strongly influenced by Impressionism and had the opportunity to meet artists such as Guillaume Apollinaire, Pablo Picasso and Max Jacob.

In 1907 he returned to Italy and, writing for La Voce magazine, he began to spread the knowledge of Impressionism. Thanks to the excellent work done, he became the protagonist of an exhibition commissioned in France by the magazine itself. In Paris he came into contact with Picasso, Braque and met Medardo Rosso again.

During this period he experimented with the Futurist technique, convincing himself of the superiority of Cubism over Futurism. His tireless pictorial, literary and cultural diffusion activity also opened up to politics. Soffici ardently supported the Italian intervention in the war and decided to volunteer to fight in the trenches for his country.

The return from war led him to seek a return to order, which in painting translated into the search for realism. His works were undoubtedly influenced by his experiences in France, by the aesthetics of the Florentine Quattrocento with which he was raised and by the inexhaustible resource of the Tuscan landscape, always dear to Soffici.