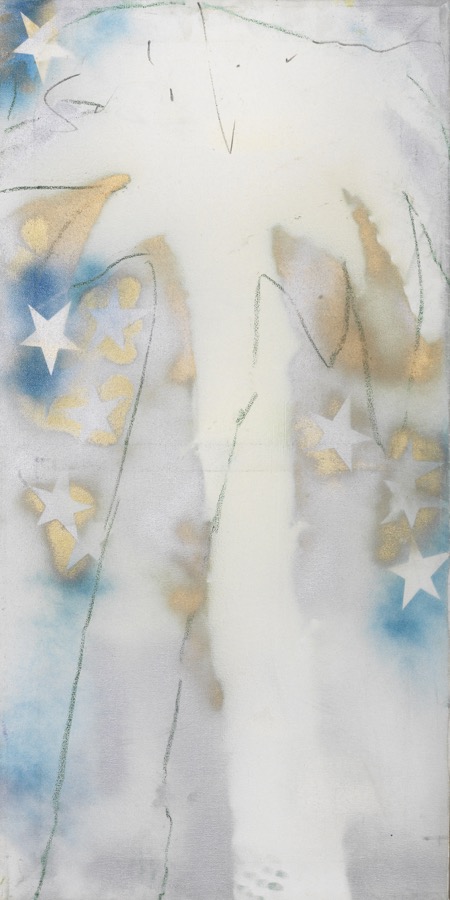 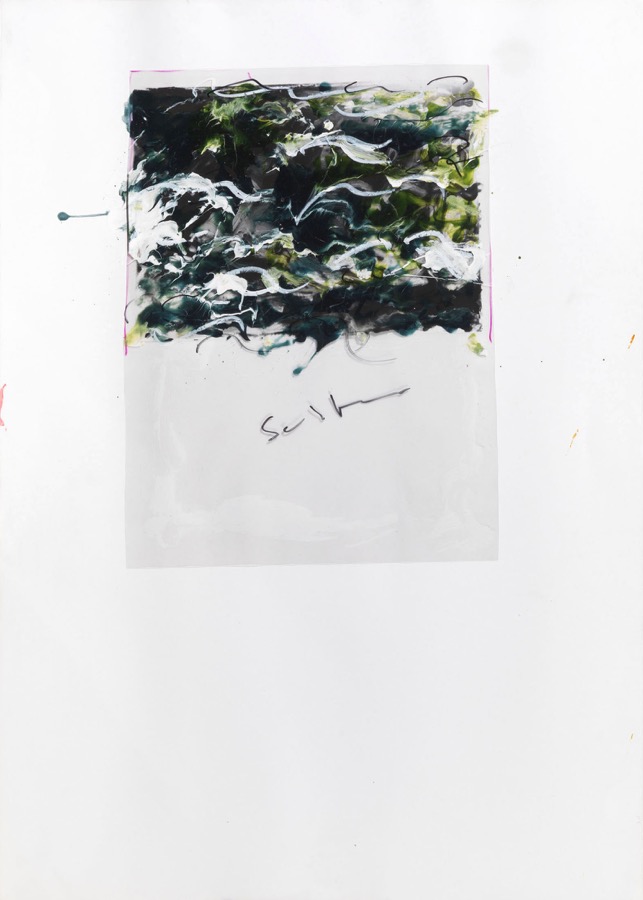 Italian painter, collagist and film-maker Mario Schifano is considered one of the most significant artists of Italian Postmodernism. After the Second World War, he moved with his family from his native Libya to Rome, where he soon started restoring ceramics, a practice he learned from his archaeologist father. His talent was first recognised in the exhibition organised in 1960 by Pierre Restany at the gallery La Salita in Rome, also featuring Franco Angeli, Tano Festa, Francesco Lo Savio and Giuseppe Uncini. Schifano’s art was initially expressed through monochrome canvases, screens of sort that he later filled with stripes of wrapping paper and stencils, and representations of numbers, letters, signals and famous brand logos.

In 1962 he travelled to the USA, where he met artists such as Andy Warhol and Mark Rothko, and took part in the exhibition “New Realists” at the Sidney Janis Gallery’s in New York. In 1963, his production began to be presented in solo shows held in Rome, Paris and Milan, and earned him several prizes. The same year marked a rupture with Schifano’s previous production, since he started referring to Italian Renaissance masterpieces – a process pioneered by Tano Festa and Mario Ceroli. In 1964 he exhibited for the fist time at the Venice Biennale and produced his first (and often silent) short videos. Between 1966 and 1967, while keeping up with his activity as a film-maker, he realised important series such as Ossigeno ossigeno, Tuttestelle, Oasi and Compagni. The latter, in particular, stated his political involvement, which later became responsible for the ideological and identity crisis that will particularly affect his artistic career.

In 1970 his attraction to the culture of TV images lead him to create the series Paesaggi TV, where he transferred onto the canvas television images using the technique of photographic emulsion. For this he prefered the shine and quick drying time of industrial paint. In 1973 he took part in the X Quadriennial of Rome. An existential crisis the following year lead him to isolation in his studio, where he re-interpreted the works of famous artists such as René Magritte, Giorgio De Chirico and Paul Cézanne, and also revisited his works of the 1960s. Schifano’s return to the Venice Biennale in 1978, 1982 and 1984, showed renewed and fresh creativity.

In 1990 he started using new digital technologies, producing images which mixed the unconscious dimension and the reality as filtered by TV, while referring to contemporary issues like war and environmental disasters. From the mid-1990s onwards Schifano developed an interest in science and technology, and the rise of the Internet led him to explore all the possibilities given by the web, thus enlarging the fields of visual arts.

His work has been exhibited in solo and collective shows both in Italy and abroad, such as Identité italienne. L’art en ltalie depuis 1959 at the Centre Georges Pompidou in Paris (1981), Italian art of XX century at the Royal Academy of Art in London (1989), and The Italian metamorphosis 1943-1968 at the Guggenheim in New York (1994). He died in Rome in 1998.