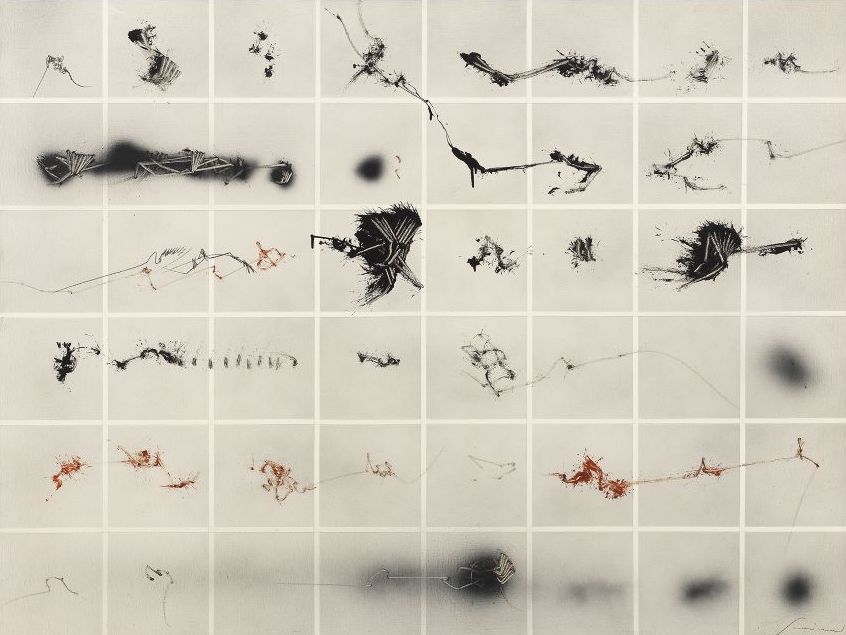 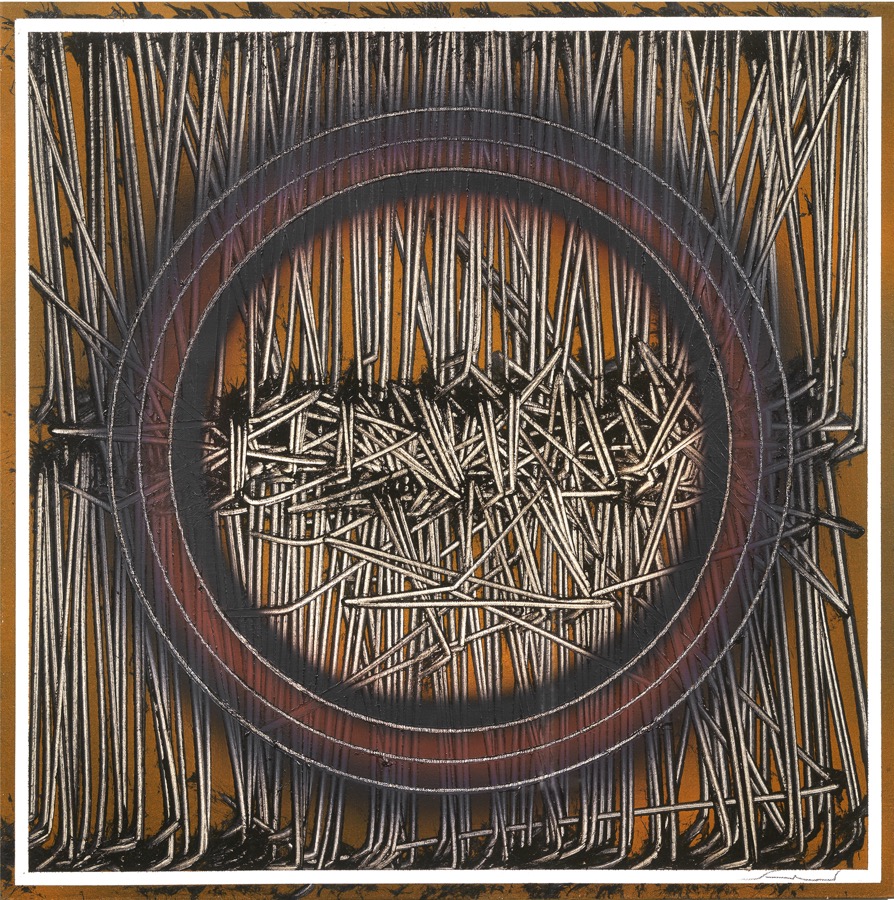 Emilio Scanavino was an Italian painter and sculptor.

In 1942 he enrolled in the Faculty of Architecture of the University of Milan, but at the same time he presented his first personal exhibition at the Roman Hall in Genoa. The outbreak of war forced him to abandon his studies and go to the front.

Once back home, he starts working as a technical draftsman at the municipal administration of Genoa and adheres to the climate of cultural and artistic renewal of his city. In the meantime, he continues his artistic activity, producing a series of canvases where linguistic forms of expressionist declinations recur.

In 1947 Scanavino went to Paris for the first time where he spent some time and, alongside critics, he met the poets and artists, Edouard Jaguer, Wols, Camille Bryen.

The Parisian experience will prove to be fundamental in its stylistic path, in particular for the influence that postcubism, reinterpreted in a personal key, will have on its subsequent production.

In 1950 he exhibited at the XXV Venice Biennale (where he returned several times), receiving critical attention. The following year he obtained a personal exhibition at the Apollinaire Gallery in London, where he met Philip Martin, Eduardo Paolozzi and Francis Bacon.

Back in Italy, he moved to Albisola for a period to attend the pottery workshop in Tullio d’Albisola. Here he meets and makes friends with Fontana, Dangelo, Baj, Dova, Crippa, Jorn, Appel, Corneille of the Cobra, Matta, Lam group.

The 1950s are marked by his rapprochement with the Milanese Spaziali group, to which he will never formally join. Furthermore, in recent years, Scanavino often travels between London and Paris. In this period the first Rituals and endless Alphabets were born, the themes that recur in Scanavino’s painting, where the sign becomes the protagonist on the canvas of full and empty spaces of suggestive presences.

In 1971 he moved to Rome for some time and was invited to the Biennial of Sao Paulo in Brazil together with Alik Cavaliere: the two artists created the work-installation Homage to Latin America, dedicated to the Martyrs for the freedom of Latin American peoples.

During the seventies Scanavino his sign was simplified and gathered in grids or geometric architectures, which prelude to a reflection on the objectification of painting.

In 1973 the Kunsthalle in Darmstadt dedicated a vast and in-depth anthology to him, which will also be exhibited in Venice at Palazzo Grassi and in Milan at Palazzo Reale.