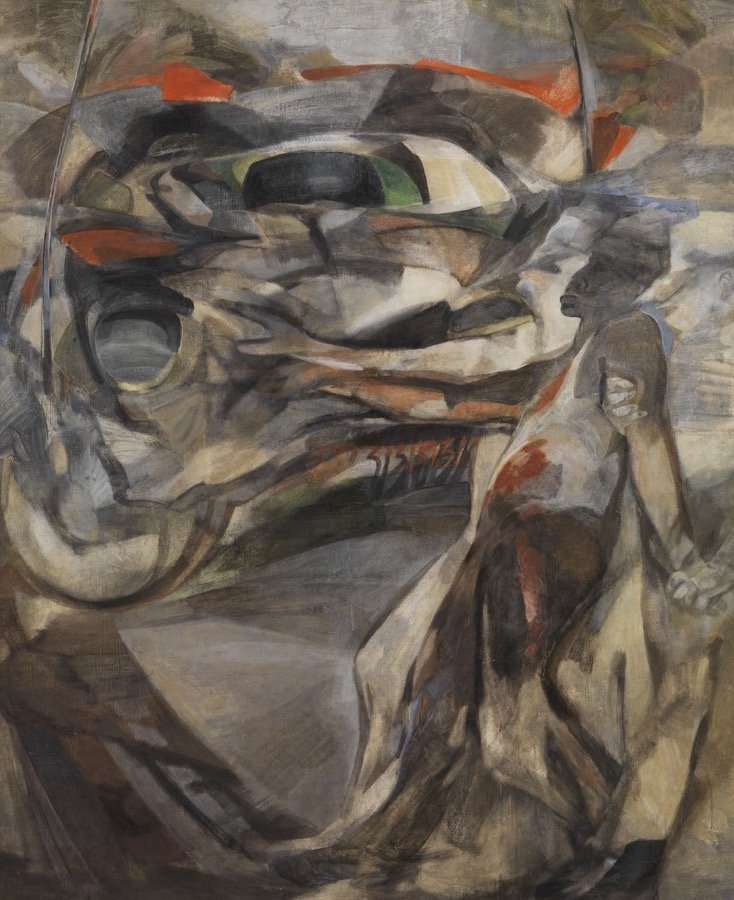 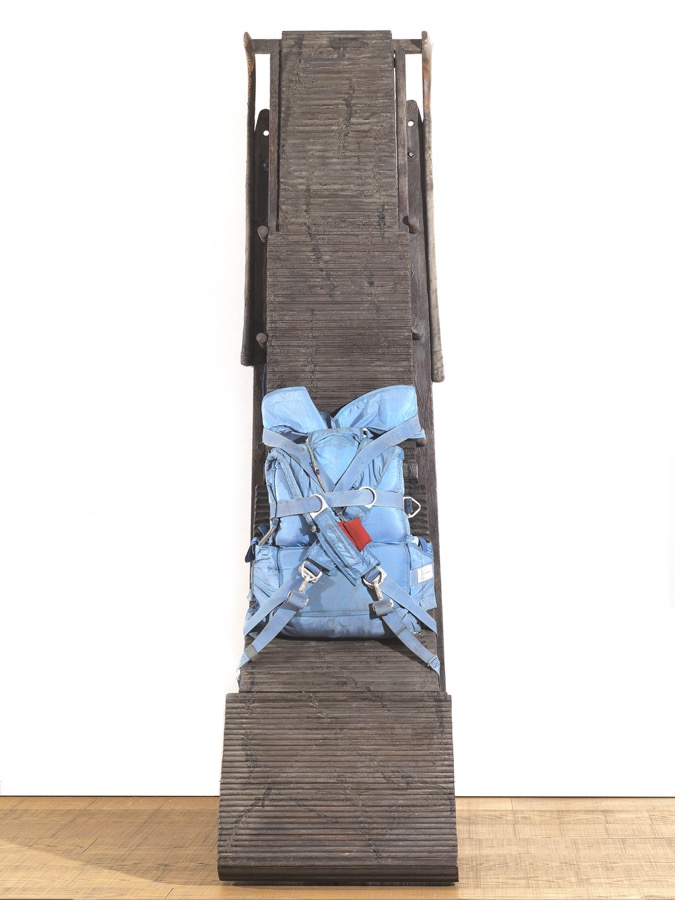 Salvatore Scarpitta was born of a mother of Russian origin and a sculptor father of Sicilian origin. After graduating from high school, he left the United States to live in Sicily and then in Rome from 1936 to 1958, where he graduated from the Academy of Fine Arts. After the war, during which he served in the U.S. Navy, he remained in Italy until 1958, when he approached the gallerist Leo Castelli.

In December 1958 Scarpitta returned to New York and in January 1959 the Leo Castelli Gallery organized its first solo exhibition in the United States entitled Salvatore Scarpitta – Extramurals. From 1959 to 1992, the Leo Castelli Gallery dedicated ten solo shows as well as numerous group shows, which made him a well-known member of the New York avant-garde art scene.

In 1964 Scarpitta began to introduce objects from the racing world in his works such as belts, harnesses, exhaust pipes, etc., by gluing them to his canvases. “When I was young, I used to train around California garages and was ecstatic. I loved the smells, the noises, every little detail of this world. (…) I admired the riders and races at the time. The first time I painted, it was the numbers of my driver friends who let me paint on their bright, multi-colored cars. (Salvatore Scarpitta in an interview with Barbara Snyder for A Journal of artist, 1986).

These experiences and memories created on the runways became of fundamental importance and inspiration in the artist’s life and art. Scarpitta’s research and work on cars reached its peak with two exhibitions at the Leo Castelli Gallery in 1965 and the Leo Castelli Warehouse in 1969.

In 1970, inspired by his childhood memories (as opposed to race cars inspired by her teenage years), Scarpitta worked on sleds built with found objects such as chairs, hockey sticks and also wrapped Christmas trees, wrapped in his famous bendati.

From 1965 to 2001, Scarpitta taught at the Maryland Institute College of Art in Baltimore. He passed away on April 10, 2007, at his home in Manhattan.