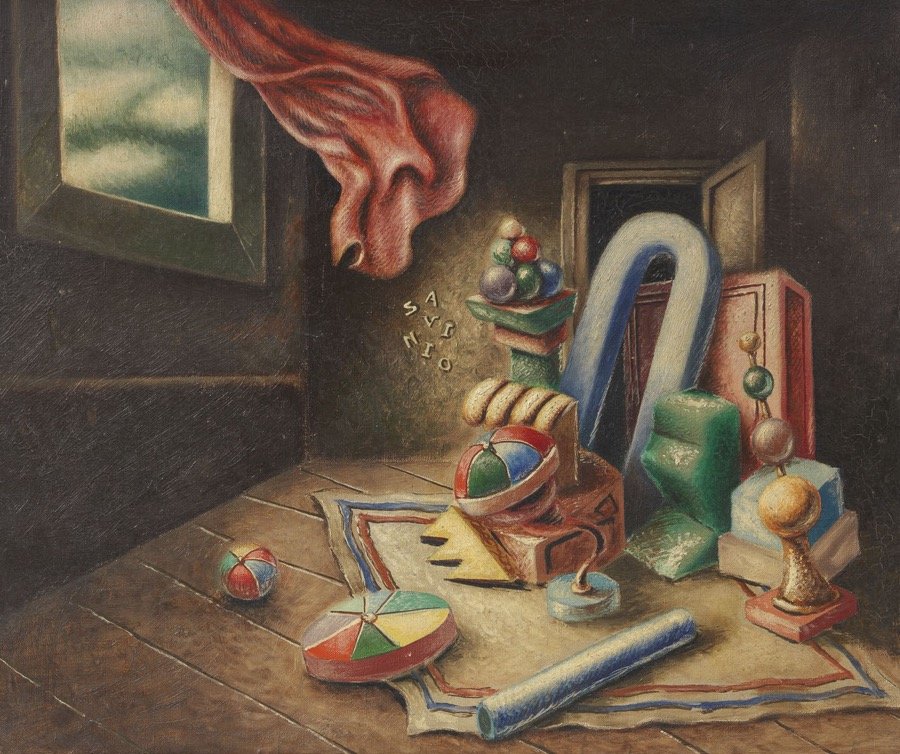 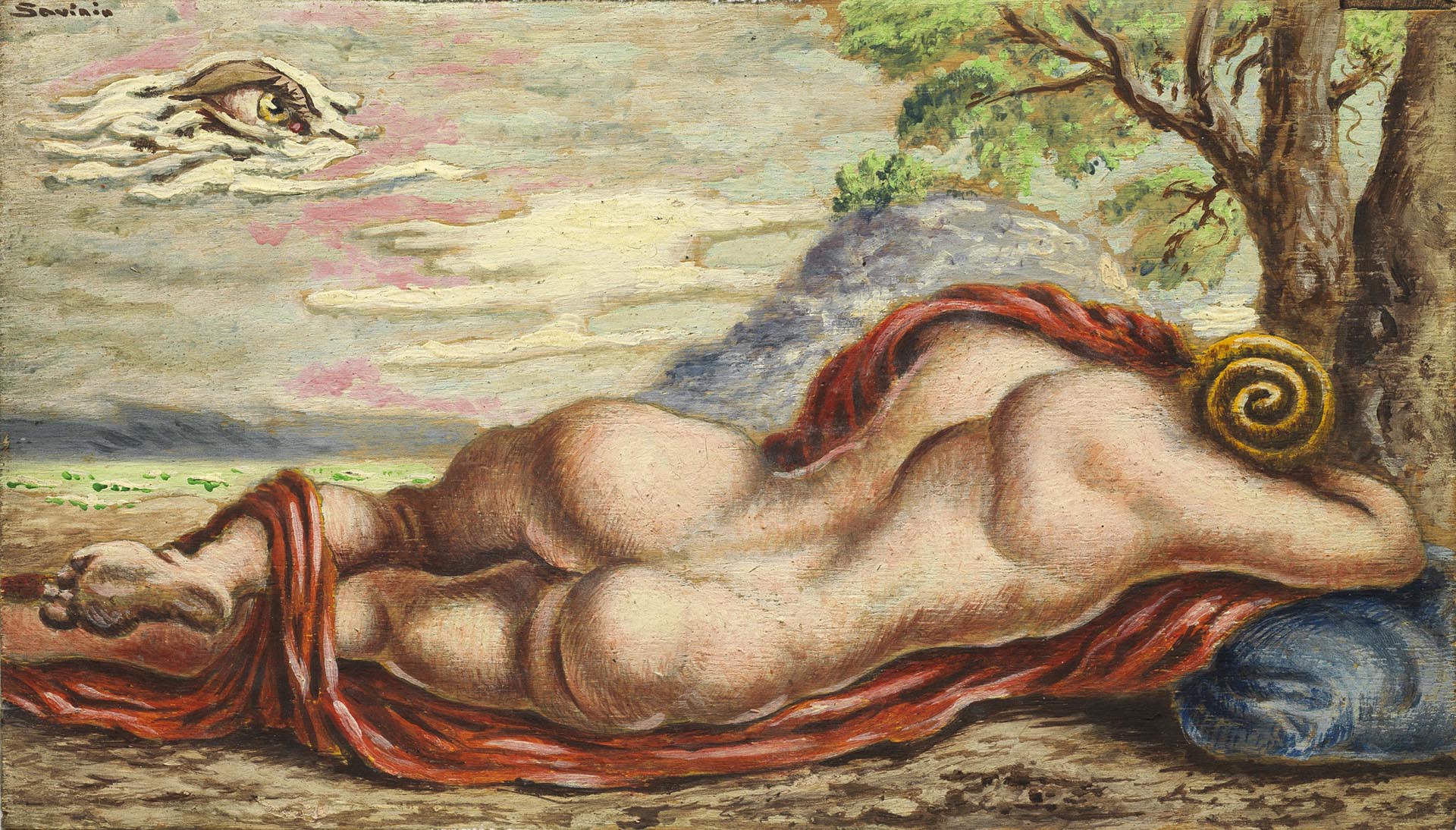 Andrea Francesco Alberto de Chirico, called Alberto Savinio, is the younger brother of the famous Giorgio de Chirico. He studied at the conservatory of his hometown, first moving towards a musical career. Following the death of his father, his family moved to Munich; he continued his music studies there and became interested in German philosophy. Unhappy with his career, he left for Paris in 1911, where he met Picasso, Picabia, Jean Cocteau, Max Jacob, Apollinaire and many other avant-garde artists.

In 1915, he returned to Italy with his brother, to enlist in the army. Sent to Ferrara in Italy, he participated in the metaphysical research of Carrà and his brother, and wrote in the important review Valori Plastici.

In the 1920s, back in Paris, he devoted himself entirely to painting and he developed a completely personal style, mixing the theme of Mediterranean classicism with a certain taste for the fantastic and a touch of irony-parody which unveils bourgeois paradoxes. He is sometimes defined as a “Mediterranean surrealist”. At the beginning of the 1930s, he returned definitively to Italy and founded the magazine Colonna. He devoted himself entirely to literature and journalism, without however neglecting his passion for painting.

During the Second War he was initially close to the fascist party, but quickly moved away from it, deciding to adhere to more Europeanist and republican ideas. In 1943, he was forced to hide as an “anti-fascist”. At the end of the regime he continued his activity as a cultural critic and received the prestigious “Saint Vincent” prize for journalism. In the early 1950s, he extended his talent to the theater, writing plays and performing scenographies for the Maggio Fiorentino in 1952.

He died in Rome in 1952, being considered one of the most Italian intellectuals complex and visionary of the 20th century.