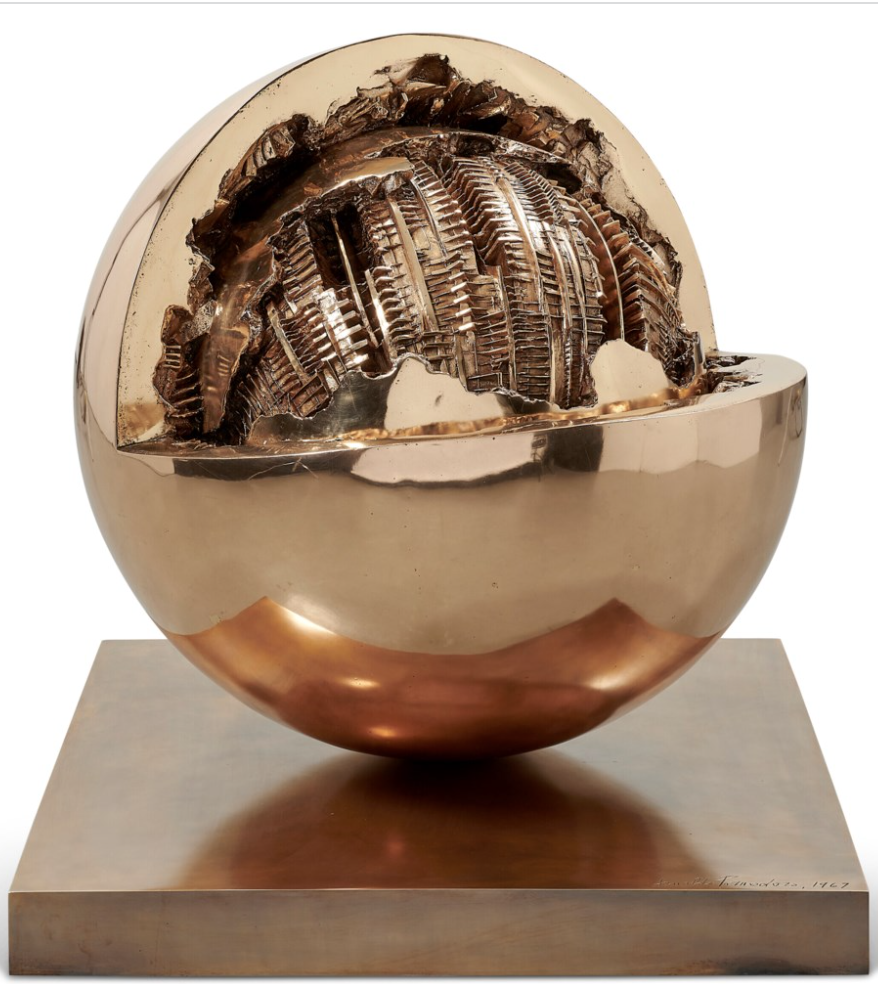 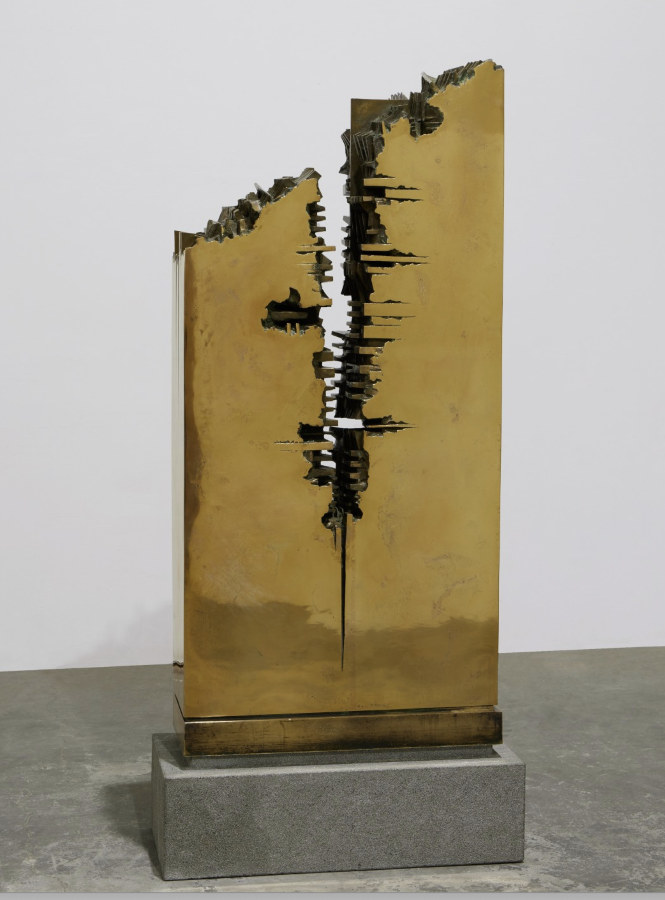 The Italian sculptor, Arnaldo Pomodoro, began his career by studying architecture. He turned to sculpture in the early 1950s and moved to Milan, the centre of the Italian avant-garde, where he met writers Alfonso Gatto and Leonardo Singelli, as well as artists such as Lucio Fontana, Enrico Baj, Bruno Munari and many others, who came to have a great influence on Pomodoro’s artistic research.

The artist’s first exhibitions were of jewellery, which he showed several times at the Milan Triennale. Working informally with metals such as gold and silver and later iron and bronze, but also wood and concrete, Pomodoro gradually began his informal sculptural research.

From the early 1960s, and under the influence of the Spatialist movement led by Lucio Fontana, Pomodoro studied the relationship between the inside and outside of an artwork and the possibilities held beyond its surface.

The sculptor’s work became dominated by geometry, each form tending towards the essential volumes of the sphere, cube, cylinder, cone, parallelepiped and other pure Euclidean solids. These shapes are repeated within the sculpture, sequenced in lines or segments like musical notes, taking on the appearance of a machinery hidden inside the volume, half-revealed by the gashes and tears on it surface.

Pomodoro exhibited Sfera grande, at the 1967 Montréal Expo. Today on show outside the ministry of foreign affairs, the sculpture marks Pomodoro’s leap towards monumentality. Following this installation, the sculptor produced several other monumental works on display in various public spaces around the world, including Los Angeles and Milan, but also in important symbolic places such as the United Nations in New York and UNESCO in Paris.

Pomodoro has taught at universities such as Stanford, Berkeley and Mills College, as well as developed an interest in scenography that has led him to design sets and costumes for theatre.

In 2000, he created Novecento, a 21 metre-high sculpture to celebrate the arrival of the second millennium. Ten years later, he showed Grande Portale San Marco at the Shanghai World Fair. Today still, Pomodoro keeps renewing his approach, succeeding remarkably in keeping his work always current and relevant, and thus establishing himself as a master of modern bronze sculpture.

Arnaldo Pomodoro has been exhibited internationally, in Europe, the United States, Australia and Japan. His foundation in Milan, established in 1995, retraces the artist’s career from the 1960s until today. 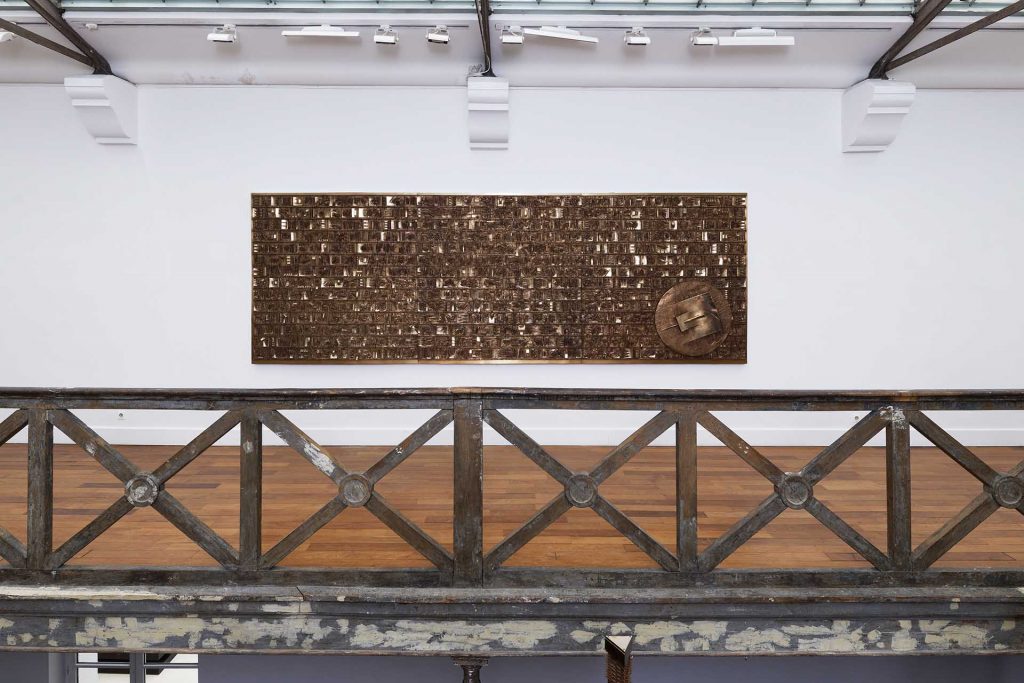 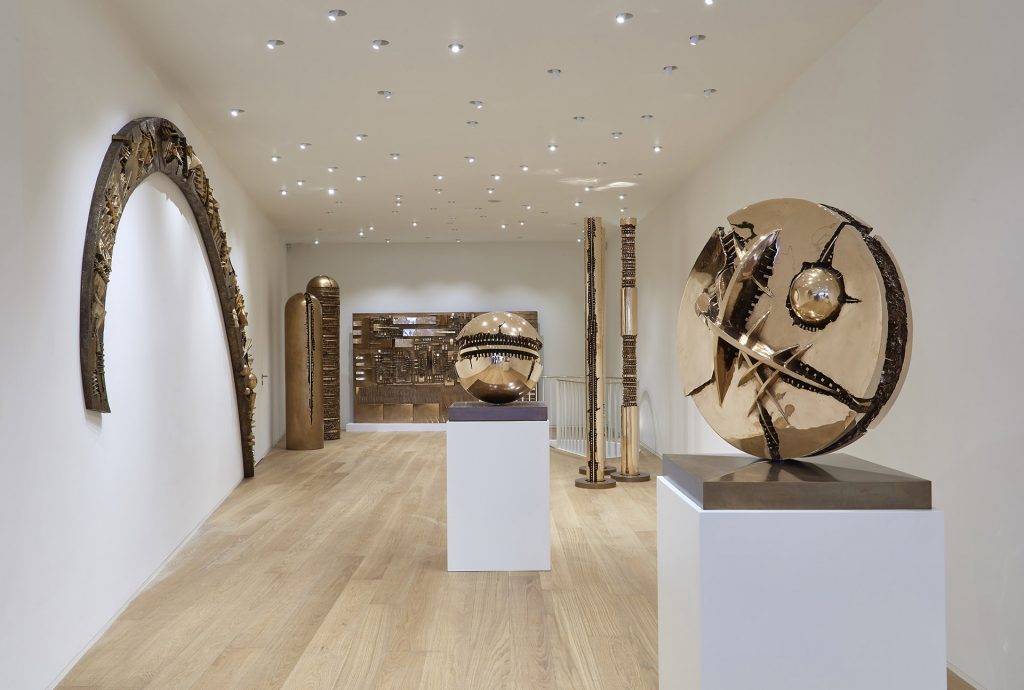 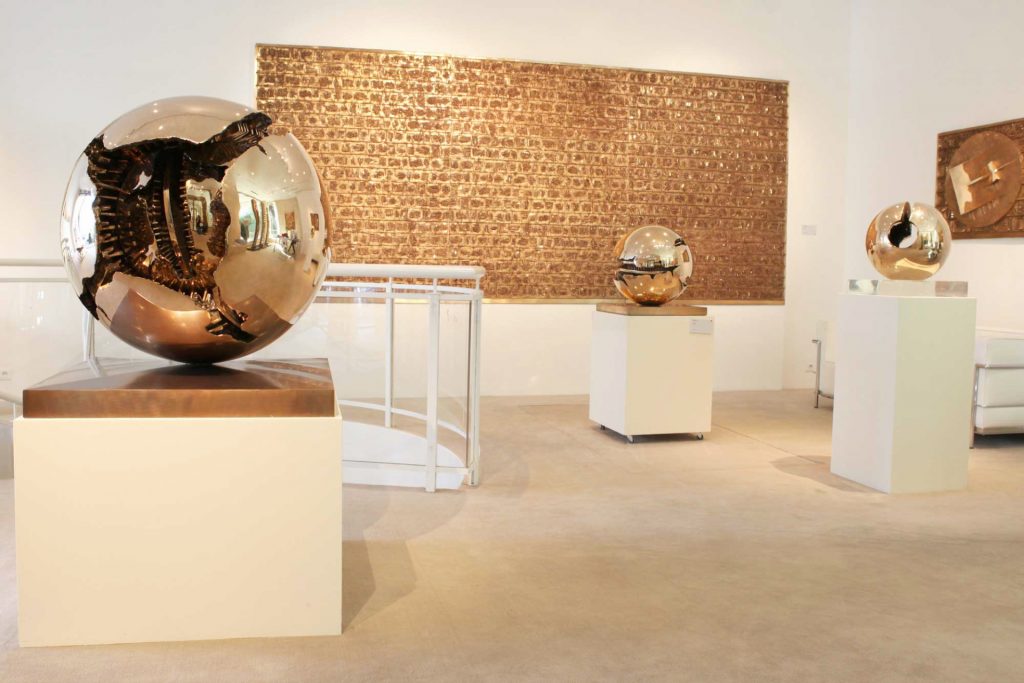 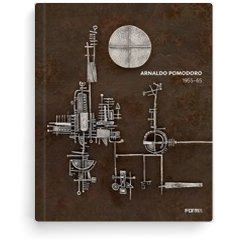 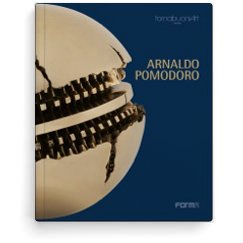 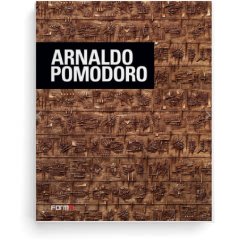