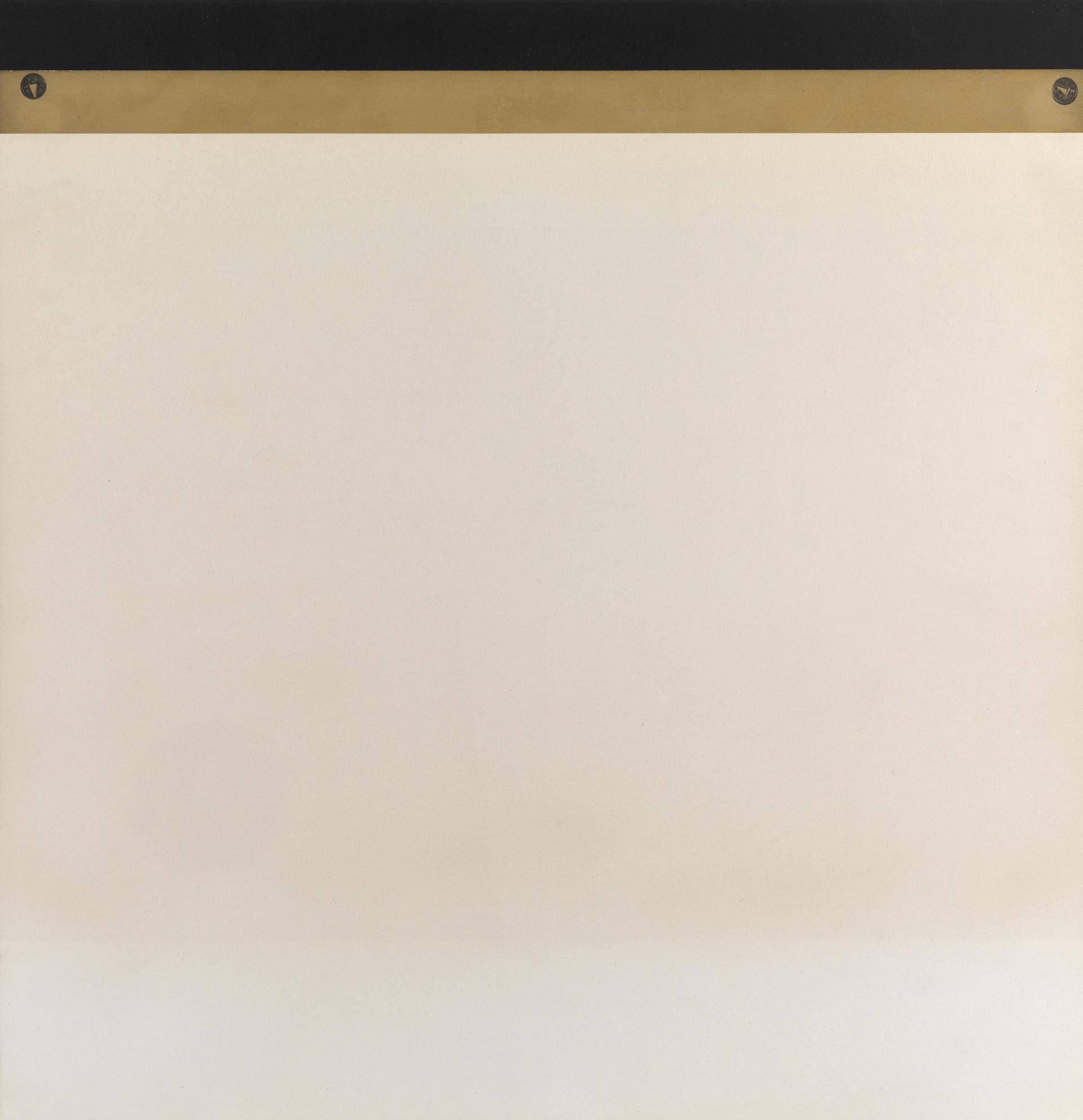 Giulio Paolini is an Italian artist associated with both the Arte Povera movement and conceptual art.

In 1952 his family moved to Turin, where he graduated in graphic design in 1959. His interest in art was growing and he began to experiment with his artistic language in the late 1950s.

Sometimes considered close to the Arte Povera movement, he often obtained artistic results more related to Conceptualism. It began in 1960 with the work Geometric design, consisting of a simple “grid” on a white painted canvas. The preliminary phase of each artistic figuration itself becomes a work of art. This first reflection on representation is only the beginning of an important research focused on the role of the artist and his complicity with the viewer.

In his first personal exhibition in 1964 at the Galleria La Salita in Rome, he presented a series of wooden boards leaning against the wall, as if it were a preparation for an exhibition. Through this practice, Paolini reflects on the space inside the painting.

In 1965, the artist was introduced to photography, which allowed him to introduce “a temporal element” into the work. In the 60s and 70s he exhibited in various Italian and international galleries. From 1967 to 1972, Germano Celant invited him to participate in the exhibitions of the Arte Povera group, although his declarations of belonging to the history of art moved him away from the avant-garde atmosphere.

In 1970 he participated in his first Venice Biennale with the opera Elegia. Since 1975, he has worked on the theme of duplicates and copies, with Mimesi, and has continued to exhibit his works regularly. He exhibited at the Galerie Paul Maenz in Cologne in 1971, at the Galerie Sonnabend in New York in 1972, at the Yvon Lambert in Paris in 1976 and at the Lisson Gallery in London in 1977.

The 1980s were very prolific with many retrospectives and monographs, theatrical and space productions such as The Fall of Icarus in 1982 and Hermetic Melancholy in 1983.

Already in 1987 Paolini’s thought extended to “the very act of the performance”. This means that the exhibition has become “the work that includes the works” and, throughout the 1990s, the artist’s exhibitions have become increasingly complex, guided by multiple criteria and have brought the viewer into a state of long-term suspension and waiting.

In the 2000s, Paolini introduced the theme of the artist’s identity and his relationship with the works and creation. Using a vast repertoire of techniques, the artist continues today to build a great meditation on art and its time outside of time.