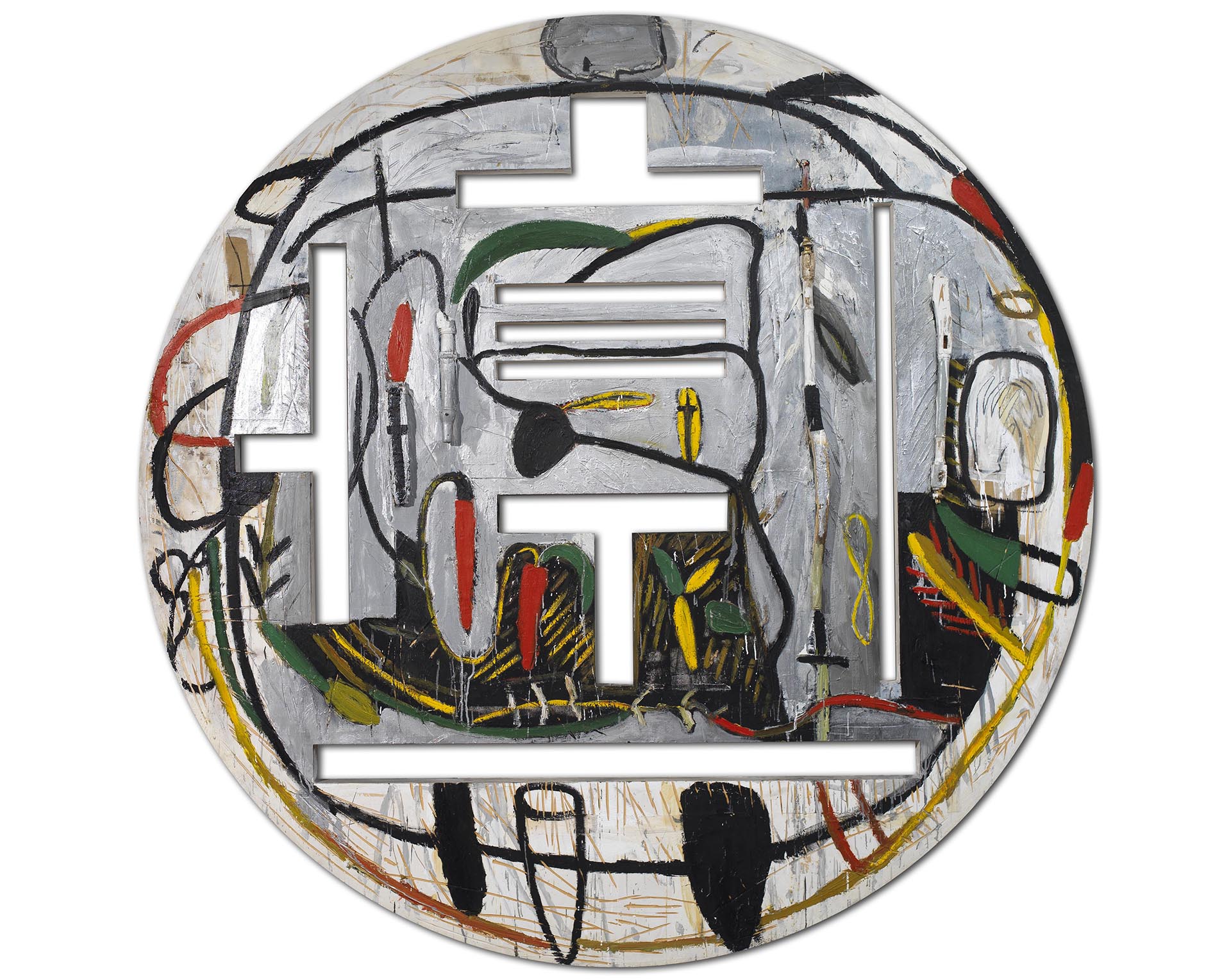 Mimmo Paladino, or Domenico Paladino of his real name, is an Italian painter and sculptor. Paladino received an artistic training at the Artistic Lyceum of Benevento from 1964 to 1968.

In the late 70s, Mimmo Paladino became one of the main protagonists of art in Italy, supporting a return to the language of art and its minimal function sees primitive, it works at the same time mythical and religious. His first solo exhibition will be organized in 1976 in Brescia. In 1978 he went to New York where, the following year, he exhibited at the Marian Goodman Gallery and the Annina Nosei Gallery.

In 1980, the Italian art critic Achille Bonito Oliva invited him to exhibit at the Venice Biennale for Open 80 with Sandro Chia, Francesco Clemente, Enzo Cucchi and Nicola De Maria, a group of artists gathered around the term Transavanguardia.

The vocation of the Transavanguardia artists is to indicate a reaction against the previous decade in which minimal art and conceptual art had dominated the art scene.

In Mimmo Paladino’s work, this is manifested in a synthesis of everything that founded western art. It is based on multiple sources drawn from the literary tradition and the history of painting, referring to both Greco-Roman antiquity and Byzantine culture, as well as to the fifteenth century or contemporary art.

Since 1982, his fame spread to the United States, South America and exhibited all over the world. In 1985 the Lenbachhaus in Munich organized the first retrospective exhibition dedicated to Mimmo Paladino in a public space. In 1988, he was invited to the Venice Biennale, where he was present in the Italian pavilion.

In 1994, he was the first Italian contemporary artist to exhibit in China at the National Gallery of Fine Arts in Beijing. The Luigi Pecci de Prato Center for Contemporary Art will dedicate a retrospective to him between 2002 and 2003.

Painter, draftsman, engraver, sculptor, he uses regional artisan methods and experiments with traditional techniques to create strange animals or hybrid and distorted characters that translate his conception into a world in perpetual repetition breaking with any form of progress; he also places his art in all that is mysterious, forgotten or secret.