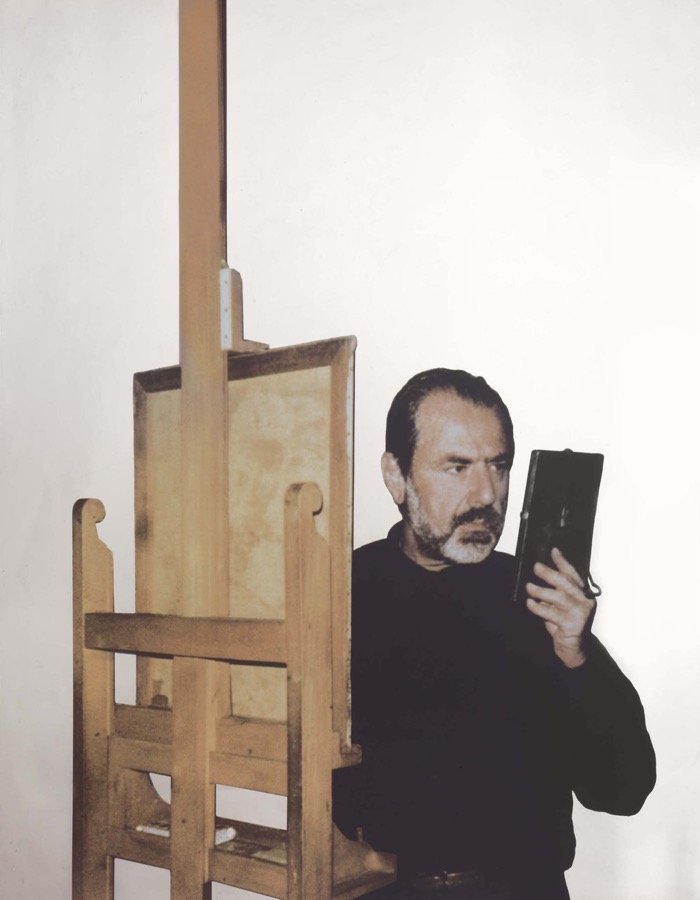 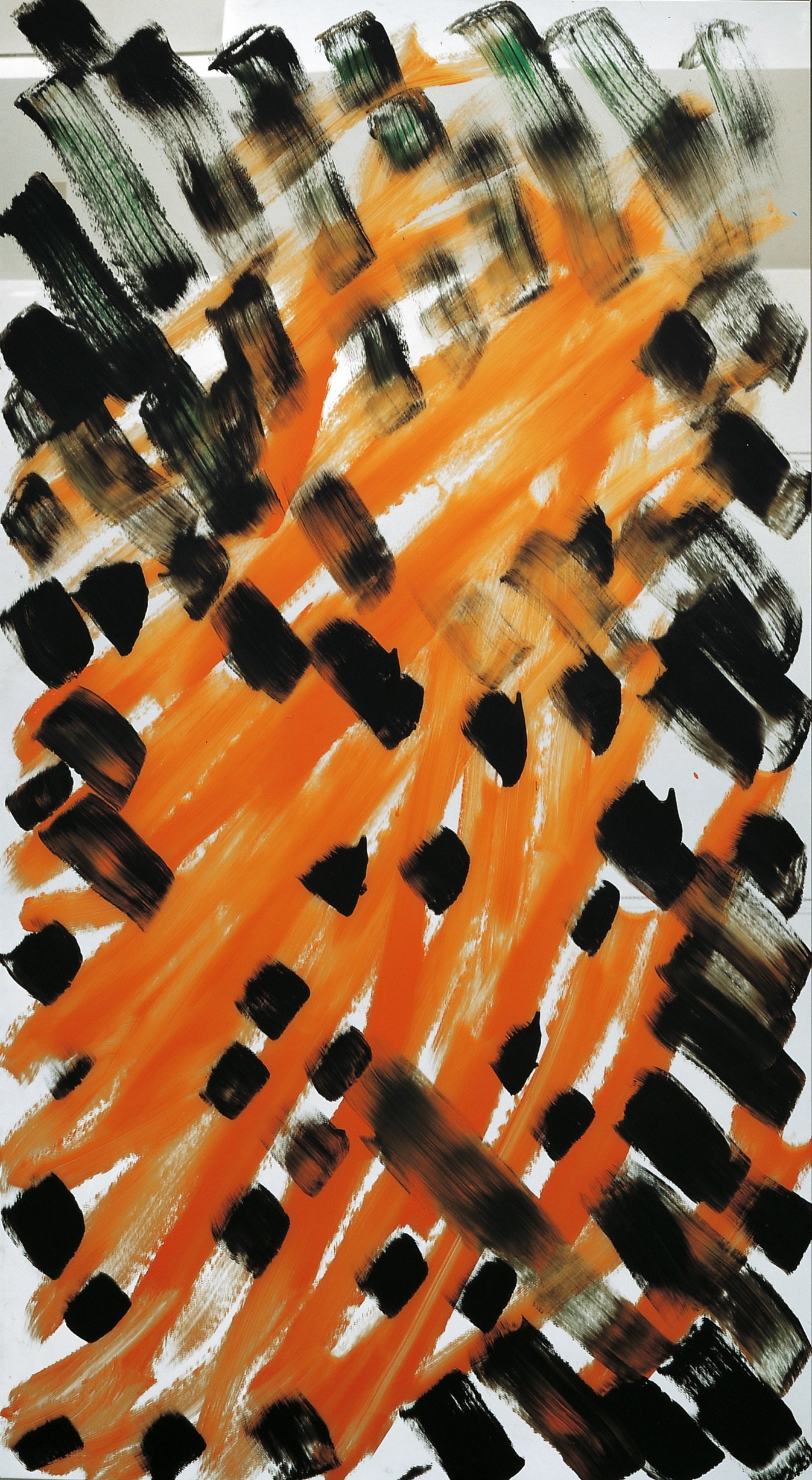 Michelangelo Pistoletto is a contemporary Italian artist, painter and sculptor, known for being part of the Arte Povera movement.

During the 1950s, he started realising figurative paintings and self portraits, and began exhibiting his works in 1955. In 1960, the Galleria Galatea in Turin hosted his first solo show.

In the early 1960s, Pistoletto started painting on monochrome and metallic backgrounds. He later chose to print photorealistic scenes on polished steel plates, a method which made the observer “melt” into the image represented.

In 1961-1962, he began making his emblematic “Mirror Paintings”, consisting of painted figures or printed photographic images on human size mirrors. Through these, the artist questioned the constantly changing realities in which the work finds itself, and opened up perspective, thus reversing the Renaissance spatial theories.

A foundation of Pistoletto’s subsequent artistic research and theoretical thought, the mirrors aim at producing an interactive dialogue between the viewer and the image in front of them. In addition, the spectator is given a central role in the artwork, literally becoming part of it, as his mirrored image start interacting with the printed motif.

At the end of the 1970s, Pistoletto pursued performance and theatre projects, especially in Italy and the USA, such as Anno Uno, presented in March 1981 in the Teatro Quirino, Rome. The artist has been living and working in Turin since 1990.

Pistoletto’s intensive artistic career as a major representative of Arte Povera granted him several acknowledgments, such as the Venice Biennale’s Golden Lion for Lifelong Achievement in 2003, the Laurea Honoris Causa in Political Science by the University of Turin in 2004, and Tokyo’s Praemium Imperiale for Painting in 2013.

Among the museums that dedicated retrospectives to his work are the Walker Art Center, Minneapolis (1966), the Palais des Beaux Arts, Brussels (1967), the Nationalgalerie, Berlin (1978), and the Musée du Louvre, Paris (2013). His works also feature in the collections of Galleria degli Uffizi in Florence, the Tate Modern in London, the Metropolitan Museum of Art in New York, the Centre Georges Pompidou in Paris, and the Galleria Nazionale d’arte moderna in Rome among others.

In 1996, Pistoletto founded the art city Cittadelarte-Fondazione Pistoletto, hosted in a discarded textile factory near Biella. Conceived as both a centre and workshop, it aims to bring art into different spheres of society, in order to inspire and produce responsible social change.