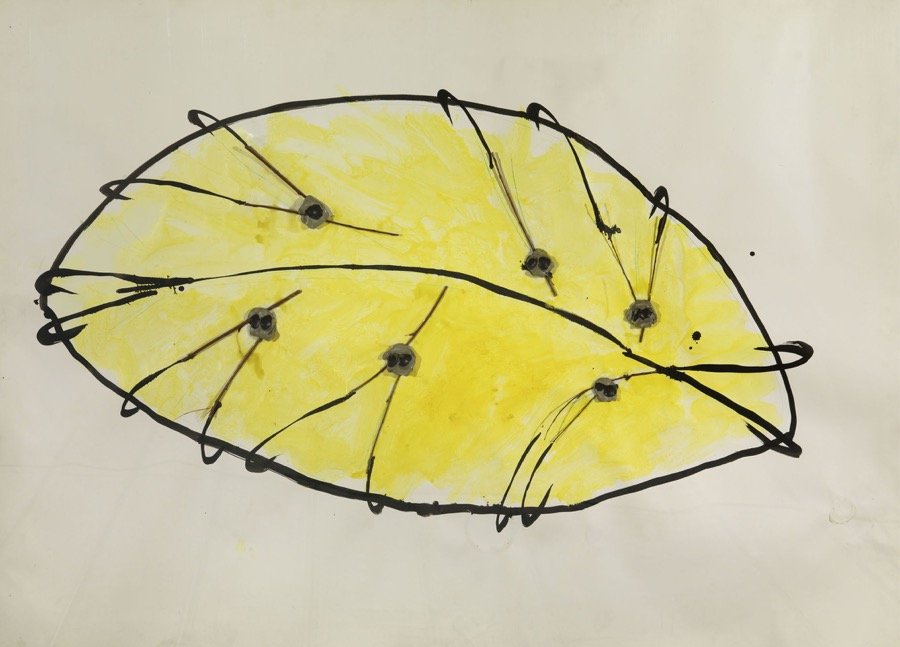 Merz began drawing during the Second World War, when he was imprisoned because of his involvement in an anti-fascist group. Soon he began to explore the relationship between subject and nature and made his first personal exhibition in 1954 at the Galleria La Bussola, Turin.

In the 1950s, while studying in Turin, he met his future wife Marisa, an artist who would play a crucial part with him in the development of Arte Povera.

From the mid-1960s, Merz shifted his interest in abstract art to more complex structures, creating paintings that echoed his desire to explore the transmission of energy from the organic to the inorganic. He then began to create works in which neon lights pierced everyday objects, including umbrellas, glasses and bottles.

Merz also combined the fascination with the material and metaphorical qualities of natural objects with the ideas of infinity and repetition. Since 1969, this has led him to draw on the “Fibonacci sequence”, a mathematical formula introduced in the 13th century by Leonardo Pisano known as Fibonacci. The formula has been used to express patterns found in many natural life forms, such as snail shells, pine cones, reptile leaves and scales.

During his long career, Merz expressed his ideas through a rich vocabulary of symbols, such as the igloo, which he used since 1968. His shape particularly inspired his large curvilinear installations, which perfectly translated his statement into art: ” The space is curved, the earth is curved, everything on the earth is curved “. Later, Merz filled his works with stacked newspapers, archetypal animals, motorcycles and tables, which symbolized the human need for contentment and interaction.

Considered a leading figure in Arte Povera, Merz participated in various editions of Documenta between 1972 and 1992. He has also received numerous awards, including the document-City Kassel’s Arnold-Bode-Prize (1981) and the Praemium Imperiale for sculpture (2003). In addition, several solo exhibitions have been dedicated to his work by prestigious institutions around the world, such as the Kunsthalle, Basel (1975), the Institute of Contemporary Arts (ICA), London (1975) and the Guggenheim Museum in New York ( 1989). In 2005, a two-site retrospective was held at the Castello di Rivoli and the Galleria d’Arte Moderna in Turin.

In 2005, the Merz Foundation was founded in Turin, with the aim of regularly exhibiting its works and promoting established and emerging artists linked to Arte Povera.