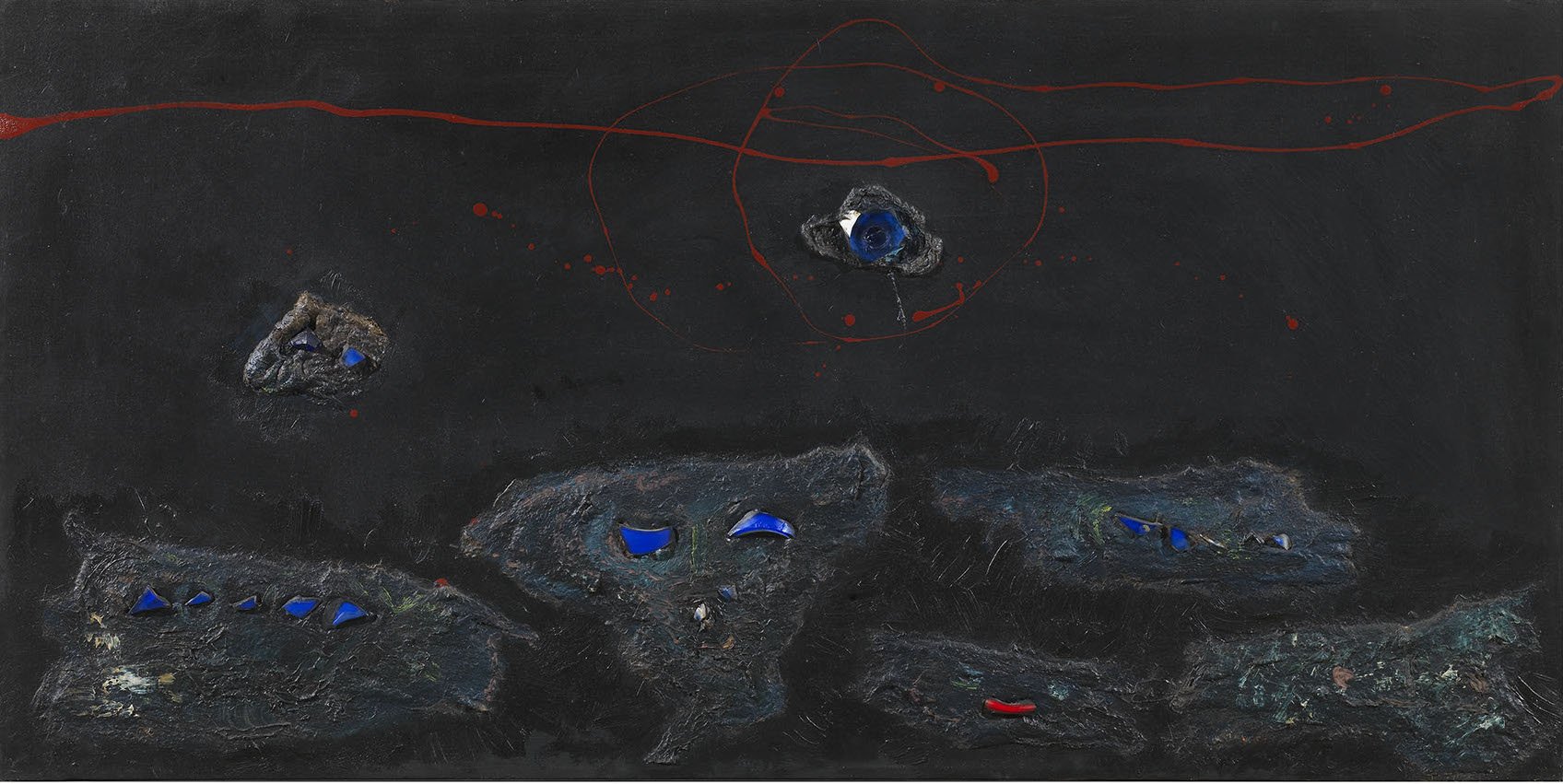 Enrico Baj is an Italian artist whose volcanic personality and anarchic vein allowed him to form in a completely anti-conforming way.

At first he studied at the medical school and then became a lawyer and attended the Brera Academy at the same time.

He befriended the finest European literature and art exponents and often collaborated with Breton, Duchamp, Queneau, Sanguinetti, Eco and many others.

Between 1951 and 1952, he founded with Dangelo and Dova the ‘Movimento di Pittura Nucleare’, in 1953 with Asger Jorn the ‘International Movement for an Imaginist Bauhaus’ and in 1957, he participated in the writing of the ‘Manifesto against Style’. All these approaches aim to destroy the formalism of post-war art and the forced rationality of geometrics in order to desecrate the works. He introduces constant irony and parody into his work.

His experimentation pushes him to create using disparate techniques and materials: dripping, nuclear paintings, material interventions of objects found on embroidered tapestries or collages made up of mirror fragments.

His gesture has the naivety of a game, his gaze is always amused, but very attentive to social ferments and to the spirit of his time. Always closely linked to his surrealist and Dadaist ancestries, in the early 1960s, he came close to Alfred Jarry’s Pataphysics and his taste for the absurd.

During the 1970s, he worked on three major social works: I funerali dell’Anarchico Pinelli in 1972, Nixon Parade in 1974 and L’Apocalisse in 1979. He focused his attention on the decline of modernity and the dangers of the dominant technology. This theme was developed again in 1983 with Epater le Robot, in the ‘Manifesto of Static Futurism’ of the years 1983-1986 and with the Manichini. With the Metamorfosi e Metafore of 1988, he introduced the aesthetic of kitsch which would be his leitmotif in the following years. In the 1990s, he produced ceramic works and returned to modern primitivism with the Maschere Tribali and the Totem series.

In 1996, his Monument to Bakunin paid homage to the anarchy and to the libertarian ideas to which the artist always felt very close. He continued his artistic and theoretical activity throughout the 1990s and died in his house near Varese in 2003.