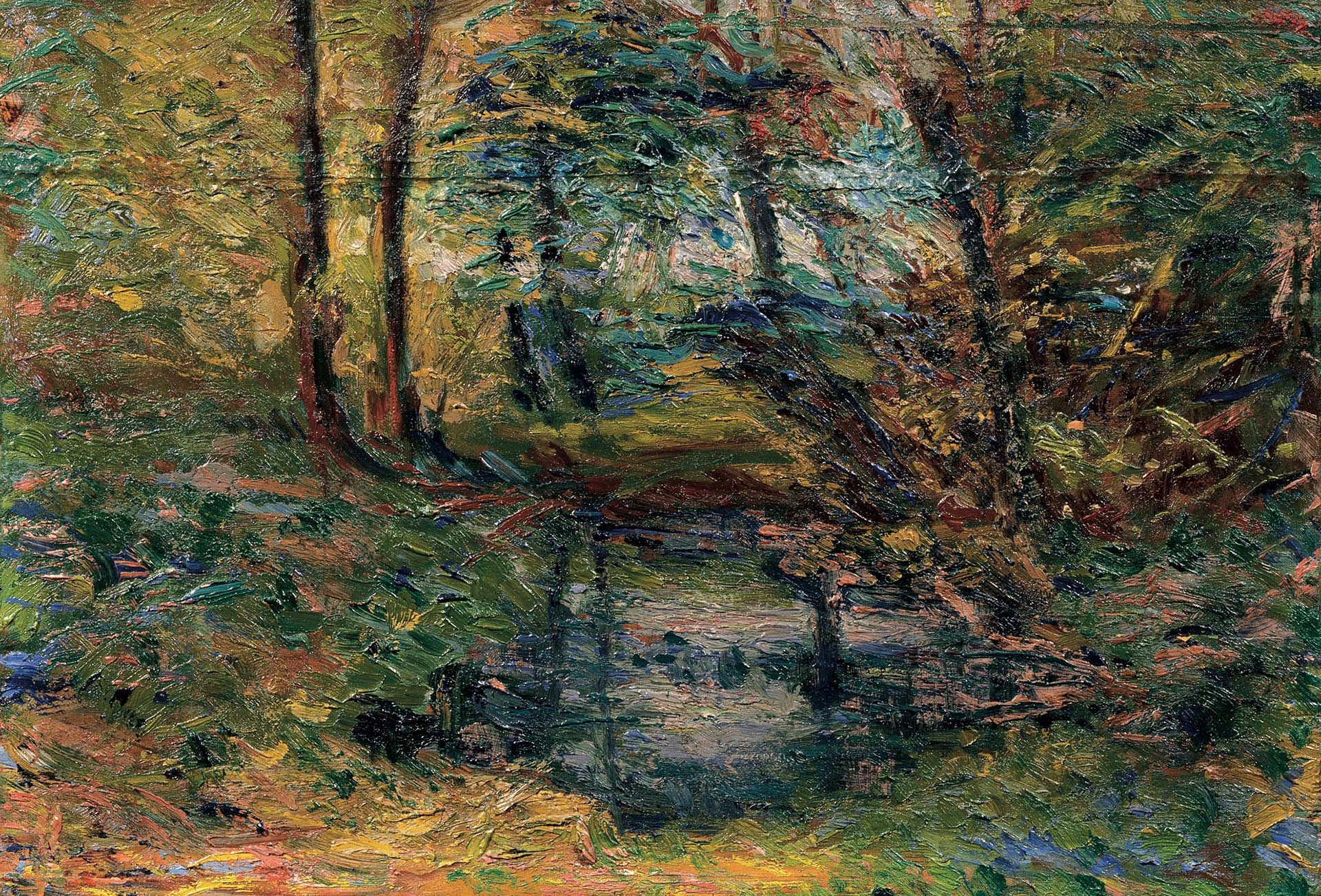 Umberto Boccioni was an Italian painter and sculptor, a prominent exponent of futurism.

In 1901 Umberto Boccioni moved to Rome following the transfer of his father and enrolled in the Free School of Nude. During these years of training, he met Gino Severini, Giacomo Balla and Mario Sironi in Rome.

In the early twentieth century, Boccioni made several trips between Paris, Moscow and Monaco, which would be fundamental for the development of his artistic research. In 1907 he went to Milan where he met the divisionists and together with Filippo Tommaso Marinetti he wrote, together with Carrà, Russolo, Balla and Severini, the ‘Manifesto of Futurist Painters’ (1910), which was followed by the ‘Technical Manifesto of the Futurist Movement’ (1912).

Although influenced by Cubism, to which he reproached excessive static, Boccioni avoided straight lines in his paintings and used complimentary colors useful for the representation of the same subject in successive stages over time, effectively suggesting the idea of ​​moving in space. Similarly, Boccioni’s sculpture also governs the sculpture, for which the artist often neglected noble materials such as marble and bronze, preferring wood, iron and glass.

In 1911, with Ugo Nebbia, Carlo Dalmazzo Carrà, Alessandrina Ravizza and others, he created the ‘First Pavilion of Free Art’ in Milan, an impressive exhibition with very modern guidelines, where the first-ever collective of futurist painters will also be held.

Since 1912, the year of the first futurist exhibition in Paris, at the Bernheim-Jeune Gallery, Boccioni has applied the concept of ‘plastic dynamism’ to sculpture as well, while continuing to study the dynamism of the human body, through a long series of drawings and watercolors.

At the outbreak of the First World War Umberto Boccioni, like many intellectuals, was in favor of Italy’s entry into the war and volunteered.

He applies plastic dynamism to his paintings and abandons the traditional approach by merging internal and external, real and memory data, into a single image. With this aim, it develops the ‘force-lines’ characteristics that trace the trajectories of an object moving in space.

The results of his artistic research on dynamism and the relationship of the body in space will profoundly influence subsequent artistic developments.