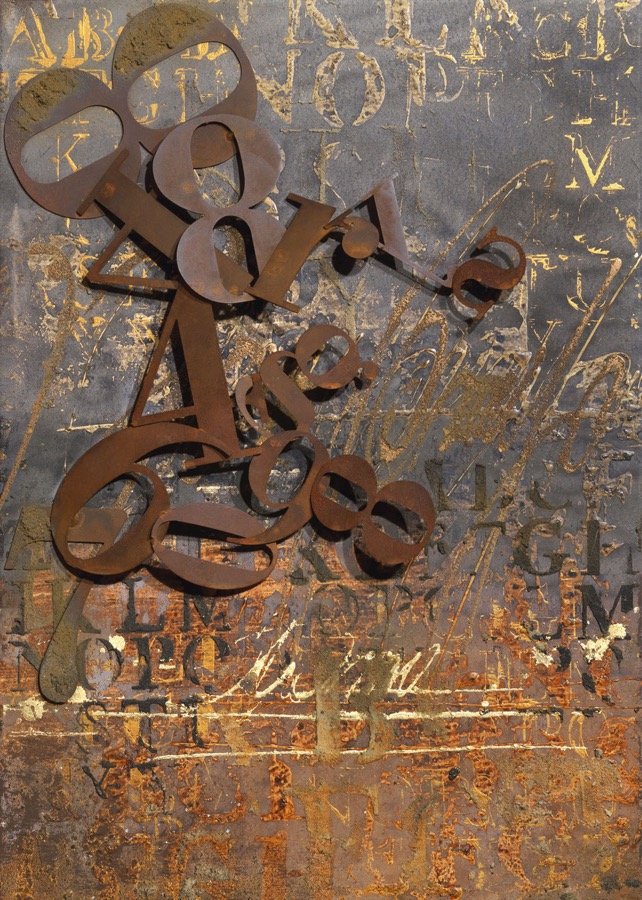 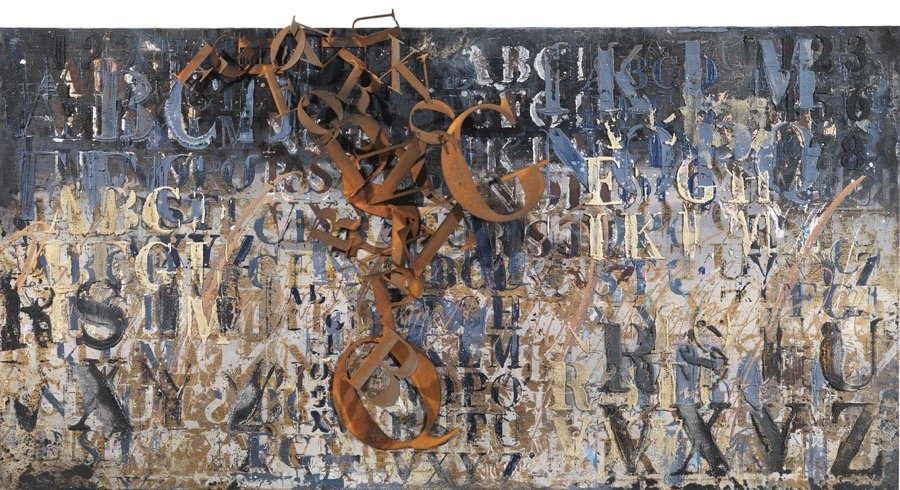 The artist graduated in 2001, specializing in Decoration, from the Accademia di Belle Arti in Venice. He began his career as a contemporary artist thereafter.

In 2002 he participated in a Master’s degree program in communication at the structure “INAREA, Identity and Design Network” in the main branch of Rome, which was an experience that became a concrete artistic-professional collaboration.

The work of Benetta is characterized by a language that moves on different stylistic registers, impressively fused by his strong personality, overflowing with desire to communicate, in which various polarities become soddered together.

His work is directed at a vast and heterogeneous audience, where everyone, based on their own artistic sensibility, can enjoy his work. He has a distinctive mark, whether these are canvases or installations, and his fonts are the print of excellence – the Bodoni – which has become his stylistic mark, his base for the creation of an original and casual visual narrative. It is as if the letter for Benetta were not the primary element of the word, but something that should be contemplated, as if it were the constitutive thought of the work itself. The letters, in fact, fall on the pages, creating new stories, new adventures that the imagination of the spectator re-elaborates and finishes, giving a different meaning to the work every time.

The corten steel, natural material used for sculpture, transmit that patina of the past that evokes the fascinating elements of great volumes of histories.

He lives in Montebelluna (Treviso). 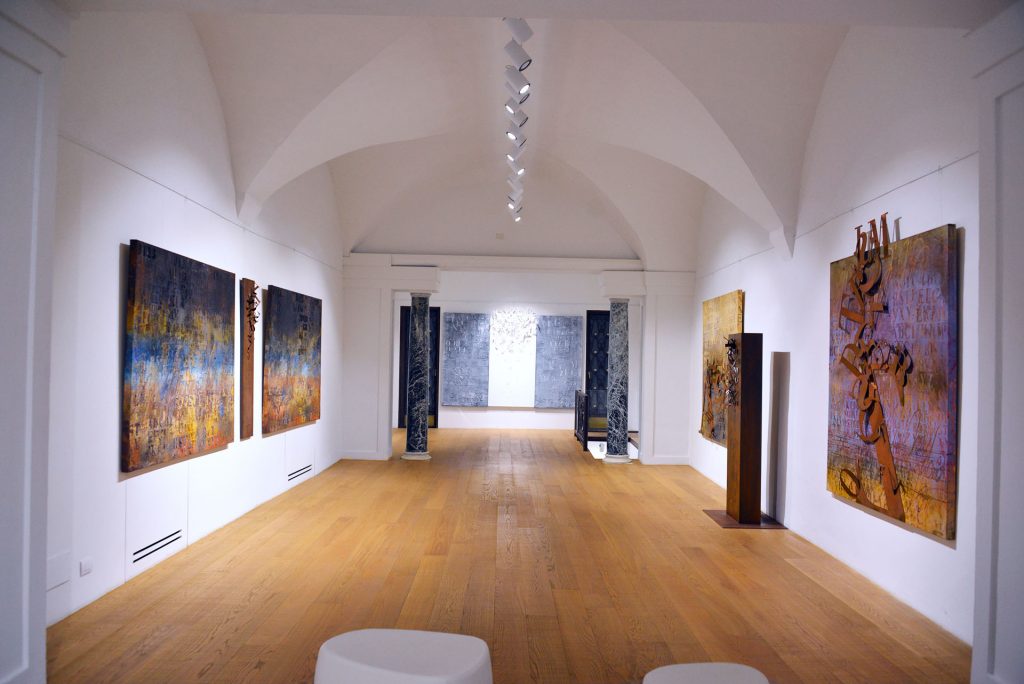 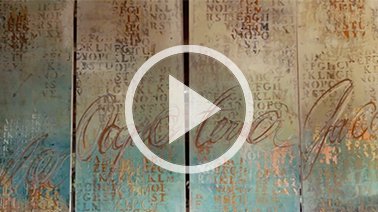 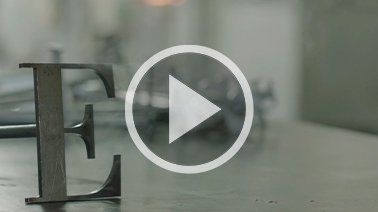 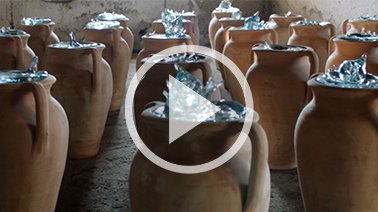 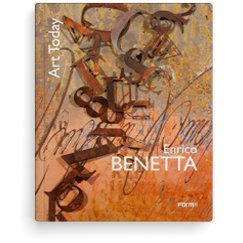