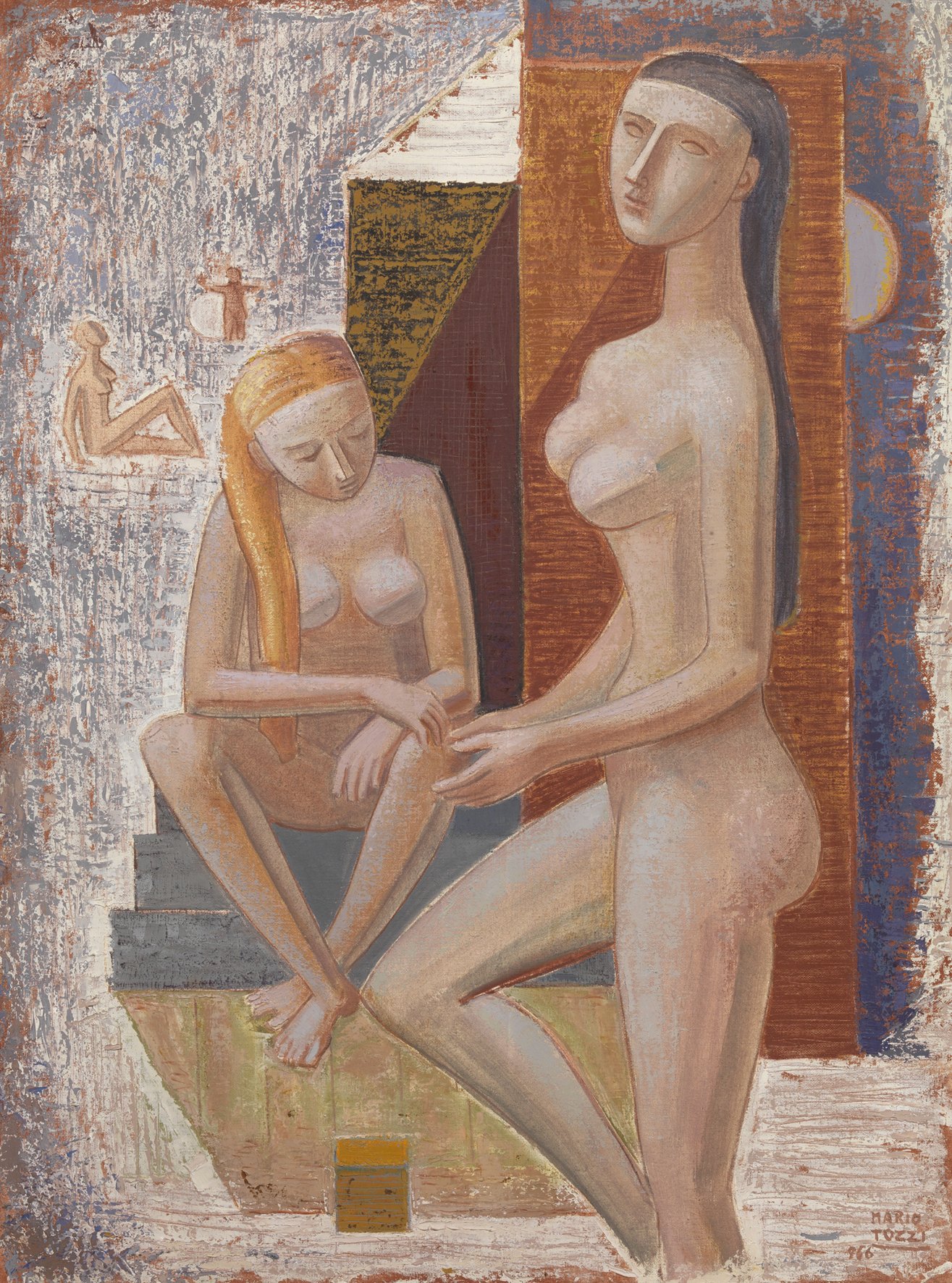 Mario Tozzi was an Italian painter. In 1913 he left his chemistry studies to follow his artistic vocation applying for the Accademia di Belle Arti in Bologna. In this city, he met Giorgio Morandi and Osvaldo Licini.

After his graduation at the Accademia in 1915, he enlisted in the First World War, where he lost two of his brothers. In 1919, the army dismissed him and he moved to Paris with his new French wife.

In France, he discovered the Metaphysical painting that he integrated in his style through the use of plasticity, a clear arrangement scheme and some references to the Italian classical painting.

In Paris, Tozzi exhibited at the Salon des Artistes Indépendantes, at the Salon d’Automne and at the Salon des Tuileries, where the critiques immediately noticed him. In 1926, he reconnected with Licini, which was in France, and began to frequent all the other avant-garde artists living there.

In the same year, he took part in the Italian Novecento exhibition at the Palazzo della Permanente in Milan. He founded the Groupe des Sept, also known as Italiens de Paris. In 1936 he moved to Rome and he participated in the Venice Biennale in 1938 and 1942. From 1937 until 1958, several health problems kept him away from his painting activity, that he resumed later on, simplifying his technique and his subjects.

Despite his failing health, he participated in the Venice Biennale in 1952 and 1954. In his last years, he reintroduced the human figure in his artworks, especially the female nude. He moved back to France in 1971 to stay close to his family. He died in Saint-Jean-du-Gard in 1979.