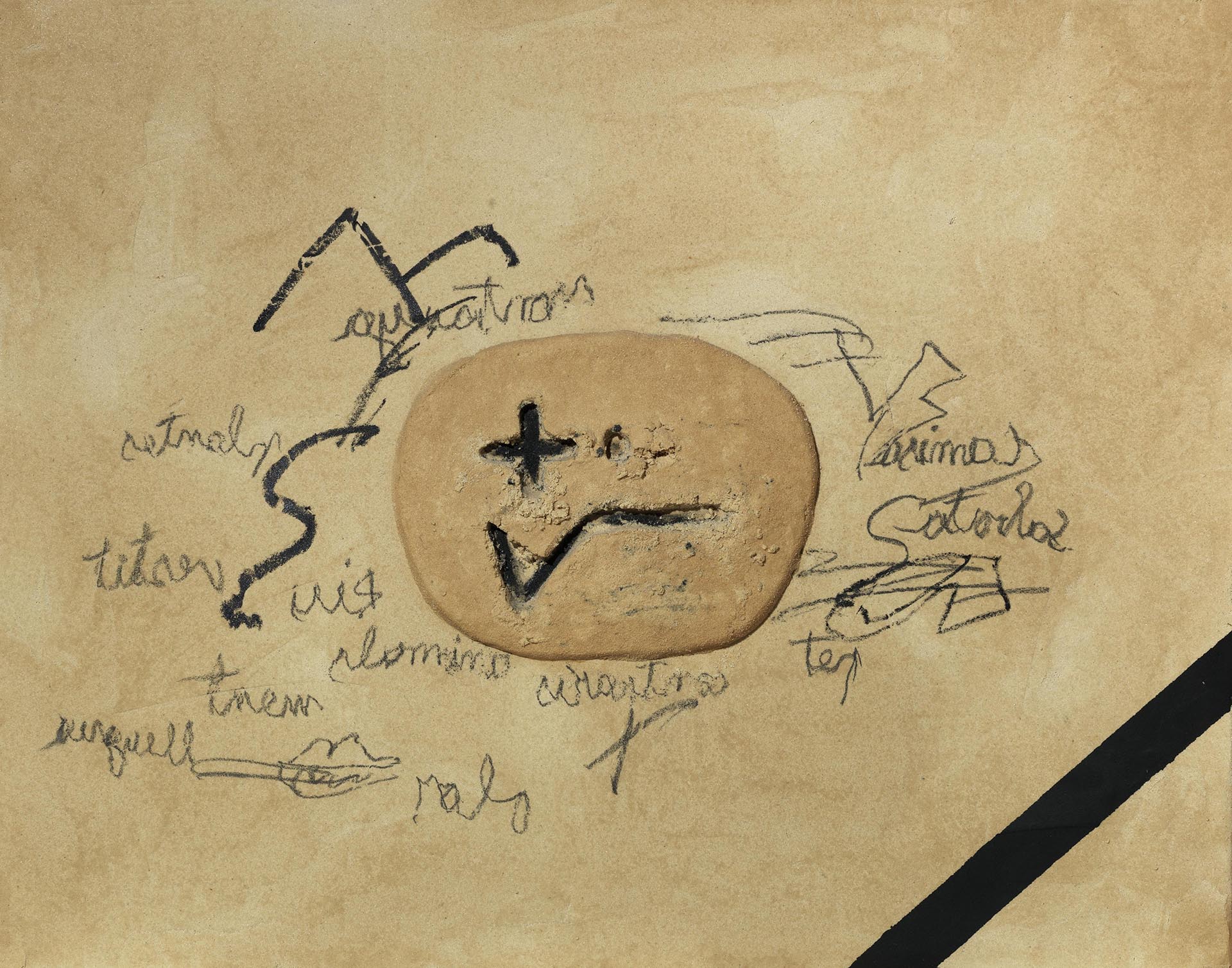 Antoni Tàpies was a Spanish painter, sculptor and art historian, one of the most significant exponents of the Catalan artistic movement closest to the research of the international informal.

Having enrolled in the law faculty at the University of Barcelona, ​​Tapies left his studies to devote himself entirely to self-taught art.

Even if the first works show the influences of surrealism, Tàpies quickly turns to the research of the Informal using recycled materials or scraps, ropes, paper or marble dust.

In 1948 he exhibited his works for the first time at the Salone I ottobre in Barcelona. Thanks to a scholarship from the French Institute, he went to Paris where he met Picasso. In 1950 he was selected to represent Spain at the Venice Biennale, where he was invited again over the years. In 1960 he took part in the New Spanish Painting and Sculpture exhibition at MOMA in NY.

Tapies develops an abstract style full of symbolism, giving great importance to the material support that transcends his state in his works to tell a profound analysis of the human condition.

In the 70s his work acquired a greater political tincture, a Catalan claim and opposition to Franco’s regime, usually with words and signs on the paintings.

Since 1990, the Fundació Antoni Tàpies in Barcelona opens its doors to the public, a place dedicated to contemporary art and which today collects the artist’s work.

During his career, Tapies was awarded some of the most prestigious awards and exhibited in the most important museums around the world.

The material, at the center of the artist’s research, becomes for Tapies a means of strong expression of reality, of the weight of existing, of a consummate experience whose fragments are found in the work.