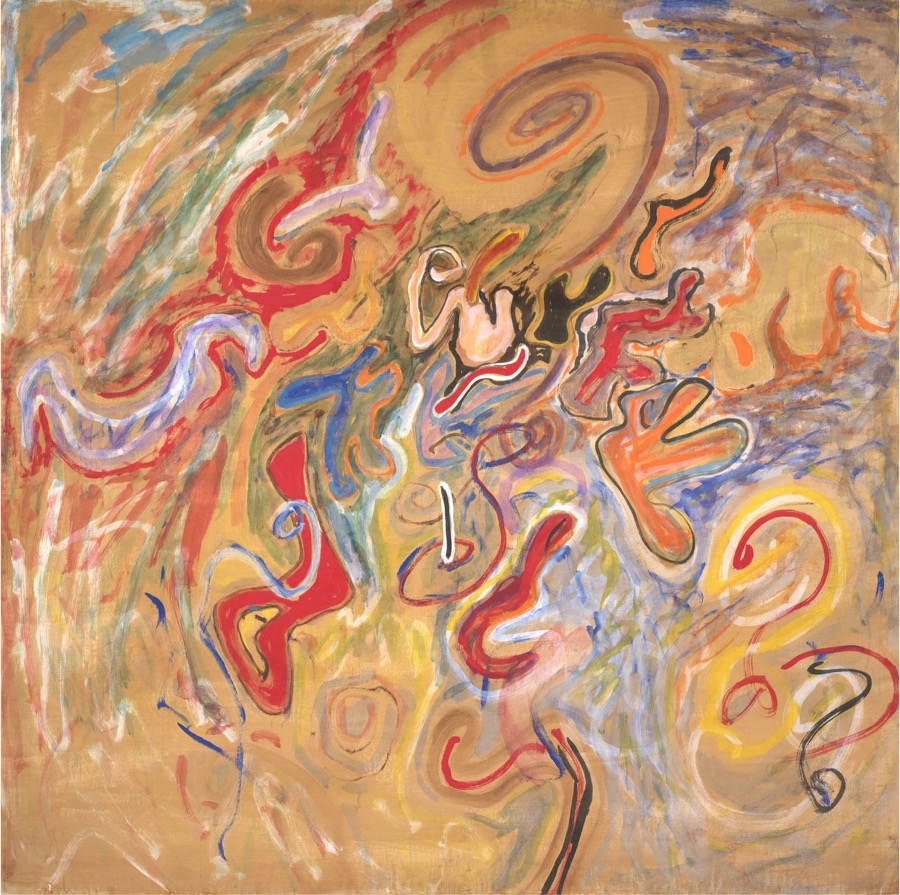 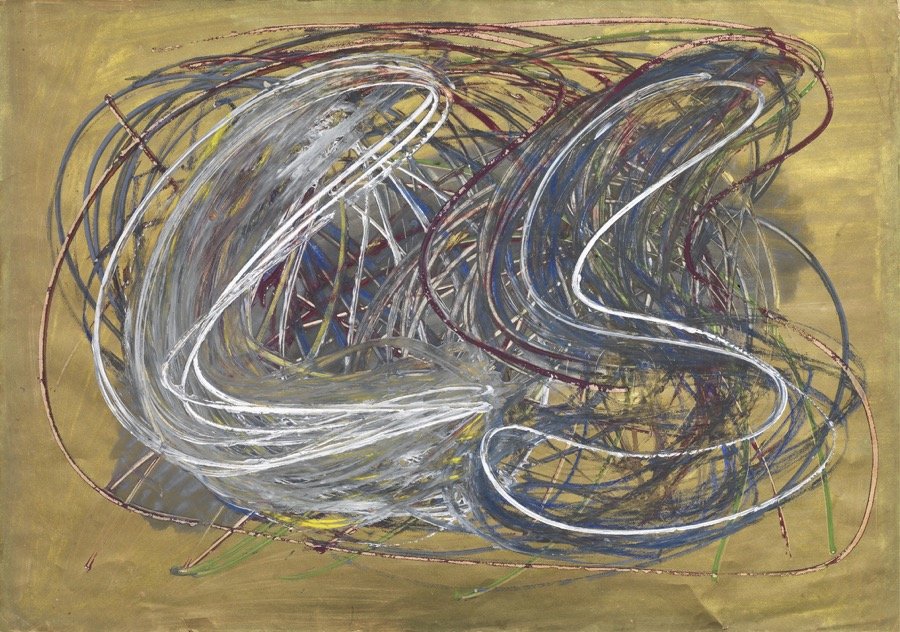 Tancredi Parmeggiani was an Italian painter, better known as Tancredi. His early years were difficult as he lived in a constant feeling of marginality, very far from artistic education. In Venice he became a good friend of Emilio Vedova.

In 1947, he traveled to Paris where he met the avant-garde artists. When he returned to Italy, in 1949 he held his solo show at the Galleria Sandri in Venice where he already revealed the directions of his future artistic research: Signs, Space and Colors.

In 1950, he spent almost a year in Rome where he frequented Dorazio and Turcato, and exhibited at the premiere “Mostra dell’Arte Astratta Italiana” at the National Gallery of Modern and Contemporary Art in Rome.

In 1952, when he returned to Venice, he met Peggy Guggenheim who bought him works and gave him the opportunity to approach the artists of action painting.

His abstract compositions have a lot in common with American abstract expressionists, particularly in their physicality and the way the artist painted from inside the canvas, which was stretched on the ground, in a perfect meeting between art and life.

In 1952, Tancredi signed the manifesto of “Spazialismo” with Deluigi, Vianello, De Toffoli, Guidi, and Burri, based on the 1947 “Manifiesto Blanco” by Lucio Fontana.

In 1954 he participated in “Tendences Actuelles” at the Kunsthalle in Berne, with Pollock and Mathieu. In the 1950s he produced series such as Facezie (“sornettes”) and Arabesques. He met Dubuffet, Klein and Giacometti, people who will be important to him.

In 1955 he separated from Peggy Guggenheim but nevertheless, continued to exhibit in Paris, New York or even London or Rome.

His health deteriorated and he was diagnosed with paranoid schizophrenia. In 1964, he exhibited at the Venice Biennale, and in September committed suicide in Rome, throwing himself into the Tiber.