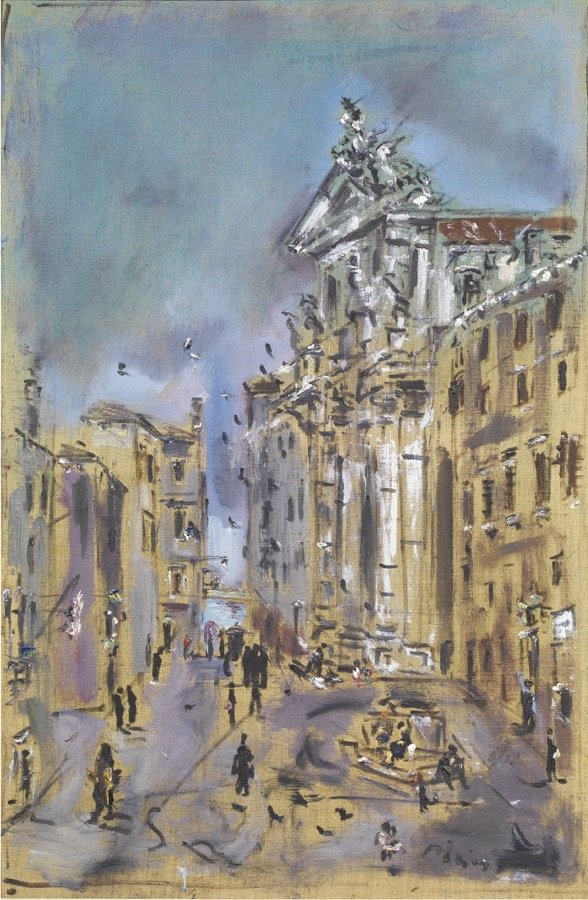 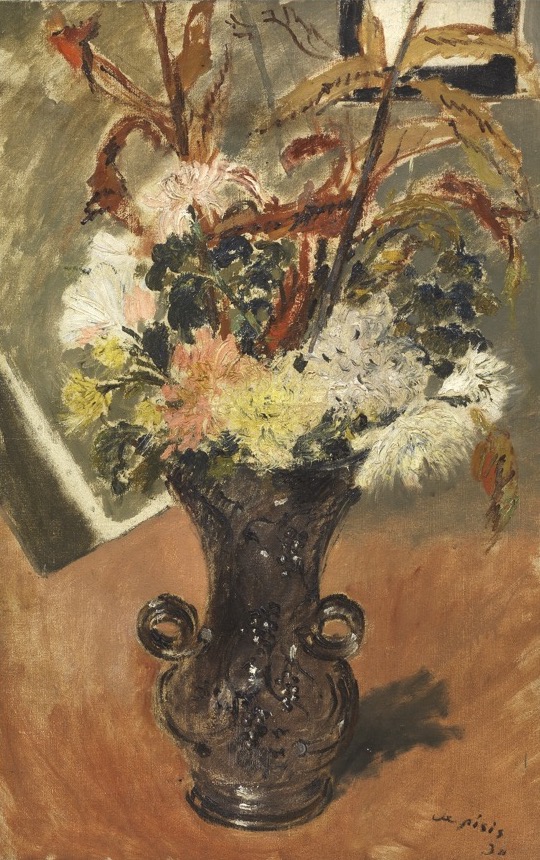 Luigi Filippo Tibertelli, or Filippo De Pisis, started his artistic career as a poet, before dedicating his life to painting.

In 1916 he met Giorgio de Chirico and Alberto Savinio in Ferrara, and this inspired him to develop a metaphysical style and to move to Rome between 1920 and 1924. In Rome, he wrote for the magazine ‘Valori Plastici’ and started to work with the exponents of the late Futurism.

During a stay in Assisi he deepened his knowledge of Fourteenth century art and in 1925 he moved to Paris, where the art of Impressionism and Fauves profoundly influenced his painting, both in terms of subjects and portrayal.

In 1926, he had two important solo shows, one presented by Carrà in Milan, and one in Paris, accompanied by an essay by de Chirico. In 1929, he participated – from Paris – in the ‘Seconda Mostra del Novecento Italiano’, sending two of his works to Milan.

He then moved back to Italy, settling in Venice in 1943, where he was profoundly inspired by Eighteenth century art. In 1948 the Venice Biennale dedicated a personal room to him with thirty of his artworks exhibited; and again in 1950 with thirteen of his works. He was in line to receive the Gran Premio. But, the prize was finally denied to him due to his sexual inclinations and the committee awarded Giorgio Morandi instead.

In his last years, a serious illness kept him away from painting. He died in 1956 in Brugherio.