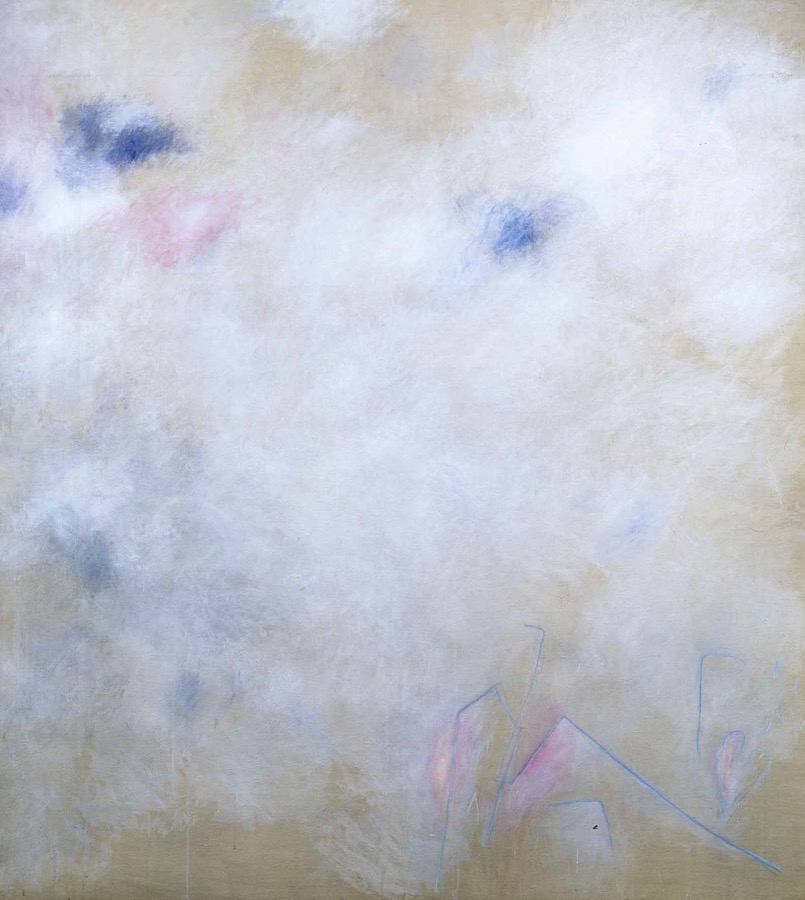 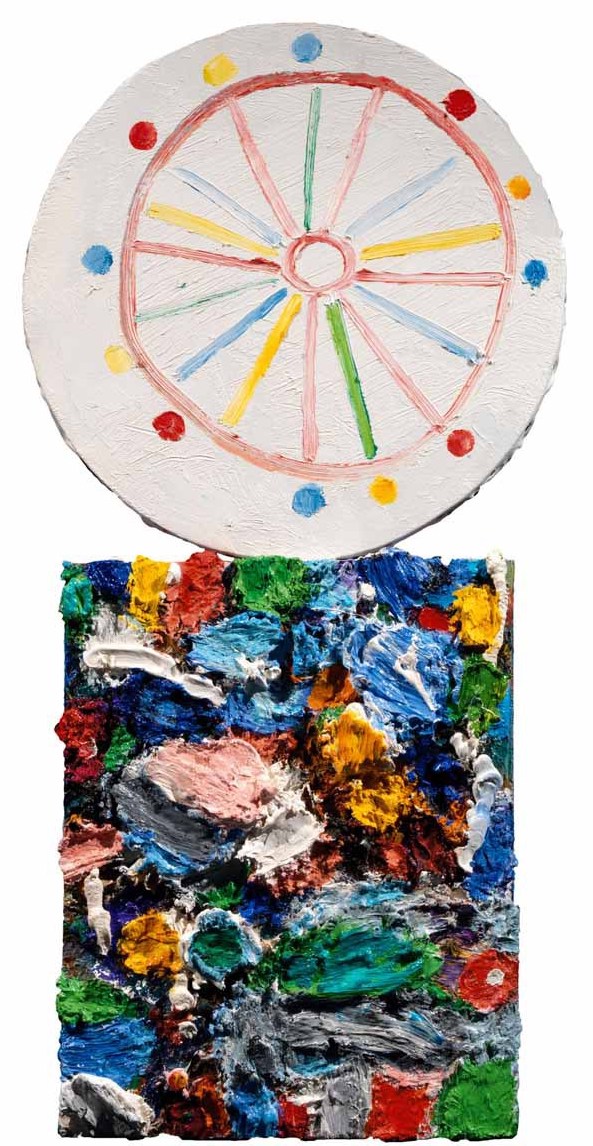 Nicola De Maria is an Italian artist, exponent of the Transavanguardia.

Trained as a neurologist, after his studies, De Maria will approach art, initially dedicating himself to photography.

In the lively cultural environment of Turin in the seventies, where Conceptual Art is the protagonist of the artistic scene, De Maria began her artistic research preferring only painting. In these years he elaborates his intrinsic language of spiritualism that will distinguish him throughout his career.

Together with Sandro Chia, Francesco Clemente, Enzo Cucchi and Mimmo Paladino, it is part of the Transavanguardia movement, theorized by Achille Bonito Oliva in 1978. Unlike the other members of the group, his work has mainly focused on abstractionism and a pictorial approach in which the limits of the canvas were overcome to enter into relationship with the surrounding space.

De Maria’s abstract and large works invade the exhibition space, creating a tension with the viewer who feels a sense of inhibition in front of the majesty of the works. Often De Maria’s works contain legendary, fairytale and spiritual references that are represented by the artist through the use of a color technique inspired by the Italian pictorial tradition.

De Maria was invited to the Venice Biennale in 1980 and then later in 1988 and 1990. Furthermore, in the early 1980s he exhibited at the San Paolo Biennale and at Documenta 7 in Kassel. In the 2000s he was invited to the Rome Quadrennial on several occasions and to retrospectives on the Italian Transavanguardia at the Castello di Rivoli in 2003 and at the Palazzo Reale in Milan in 2012.