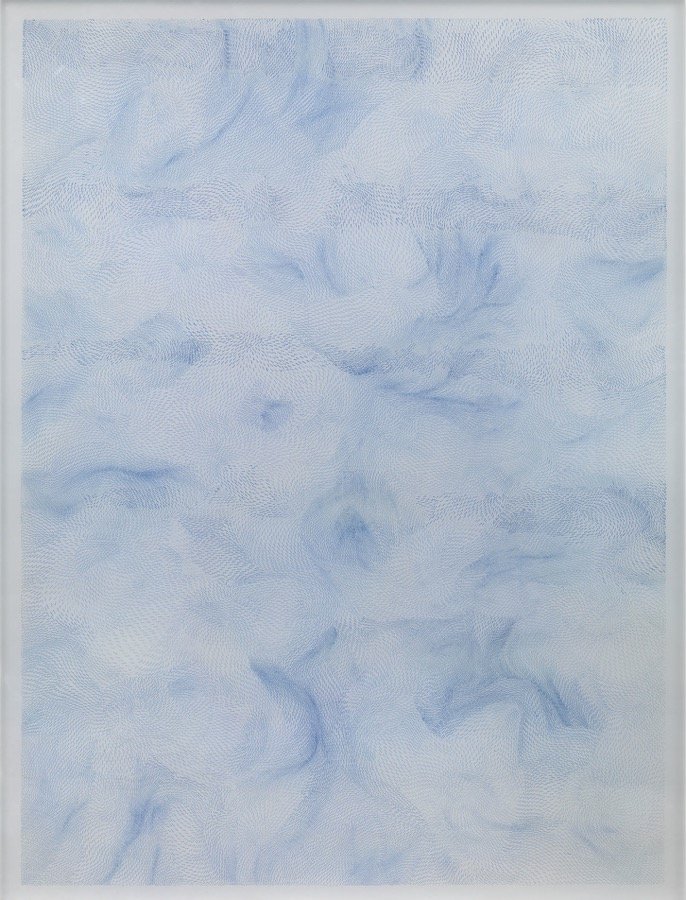 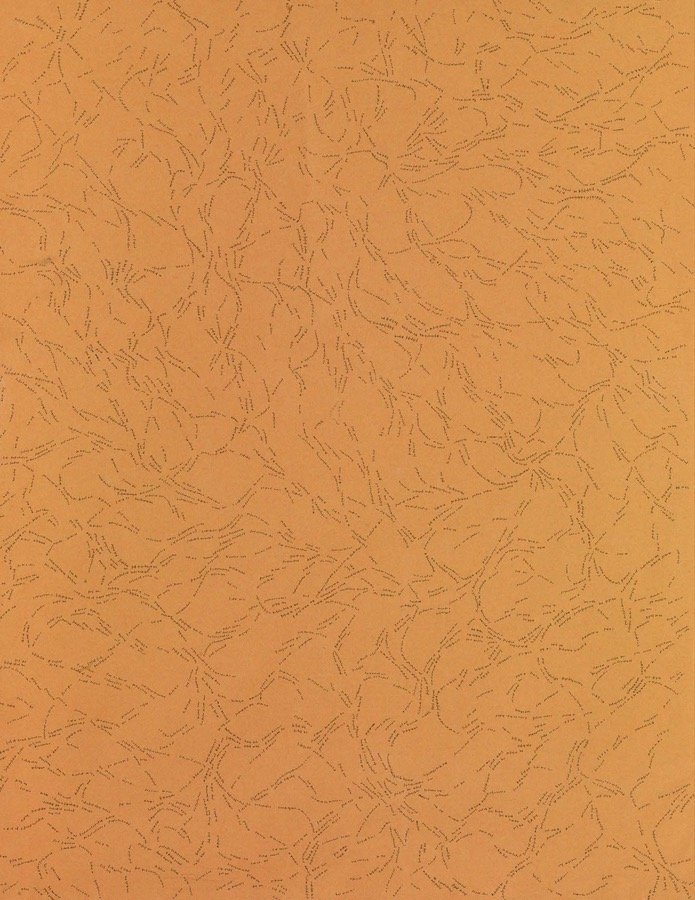 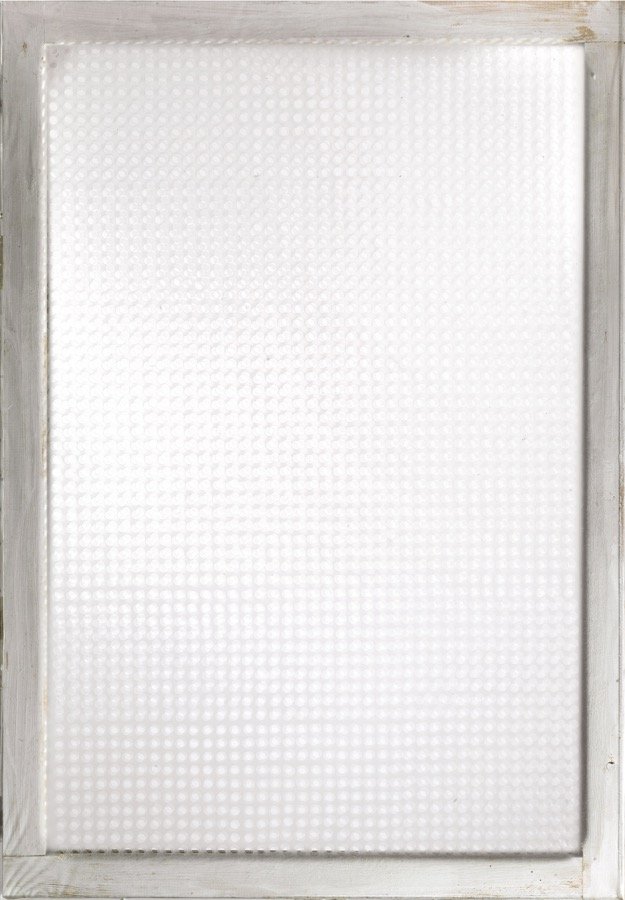 Dadamaino, born Eduarda Emilia Maino, is an Italian artist. She first studied pharmacy and discovered her artistic vocation only later in life. In the 1950s, she became acquainted with a group of young artists, followers of Lucio Fontana, who represented the post-war Milanese avant-garde. These were those artists who elected the iconic Jamaica bar as their favorite hang-out: Piero Manzoni, Gianni Colombo, Enrico Castellani, Agostino Bonalumi. Dadamaino immediately joined the Azimuth group, founded by Manzoni and Castellani, and the Zero group, formed by Heinz Mack, Otto Piene and Günther Uecker.

She developed her own personal vision, inspired by a reversal of mass production, typical of the industrial age, and her work was soon exposed in the Netherlands, Belgium, England, Germany, France, Spain and Switzerland. Abroad, she gained more recognition than in Italy.

With Getulio Alviani, Bruno Munari and Enzo Mari, she was one of the founders of the Nuova Tendenza (New Trend), and participated in numerous exhibitions around the world as part of that group. She started organizing her work around a visual alphabet of sixteen signs, which she called “mental alphabet”. Emblematic of her work is the Volume series, composed of large canvases with cut-out elliptical holes, and evocative of Fontana’s artworks, and which revealed her ability to express a sense of lightness.

A feminist and social activist, she participated in protest movements that emerged in 1968, and supported the project of “House of the Artists” in Milan, by participating in manifestations in favor of the arts, alongside Luciano Fabro, Jole De Sanna and Hidetoshi Nagasawa. She was invited to exhibit her work at the Venice Biennial twice, first in 1980 with her cycle I fatti della vita (The Facts of Life), and in 1990 with Il movimento delle cose (The Movement of Things).

Dadamaino’s works are housed in many collections such as the Tate Modern in London, the Solomon R. Guggenheim Foundation in Venice and the Foundation of Concrete Art in Reutlingen, Germany. Dadamaino died in Milan in 2004.

© Image: Dadamaino in her studio, 1979. Photo by Vittorio Pigazzini 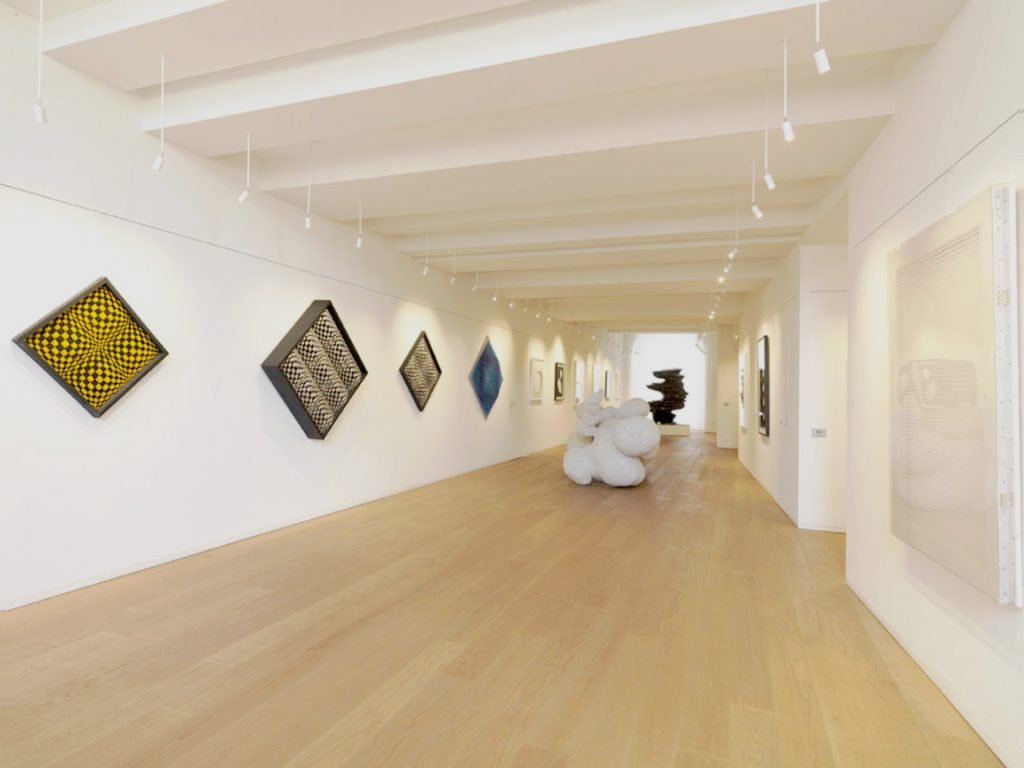 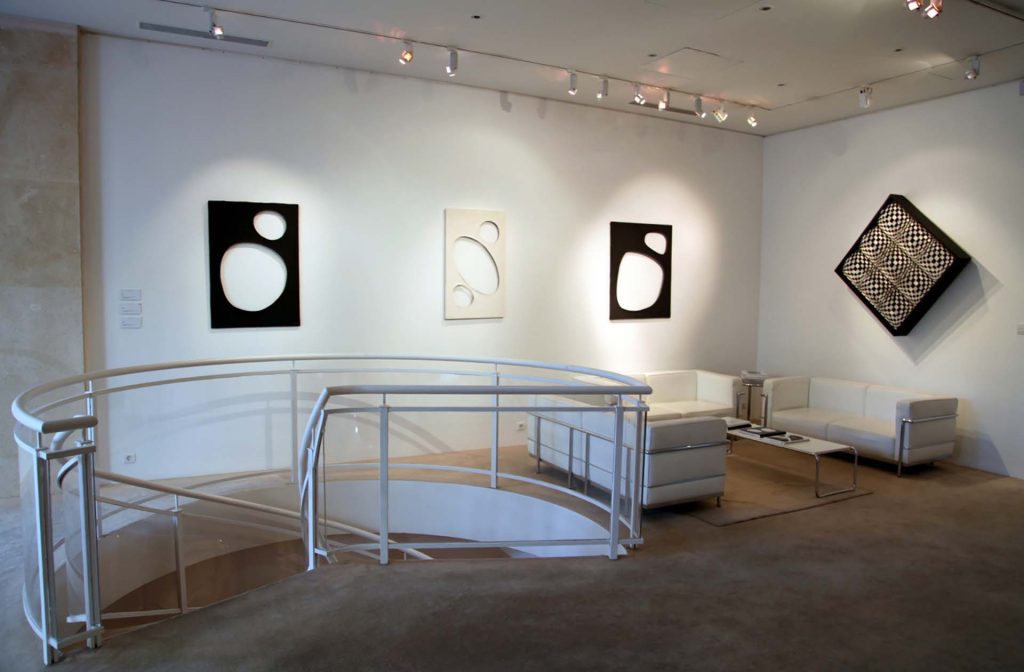 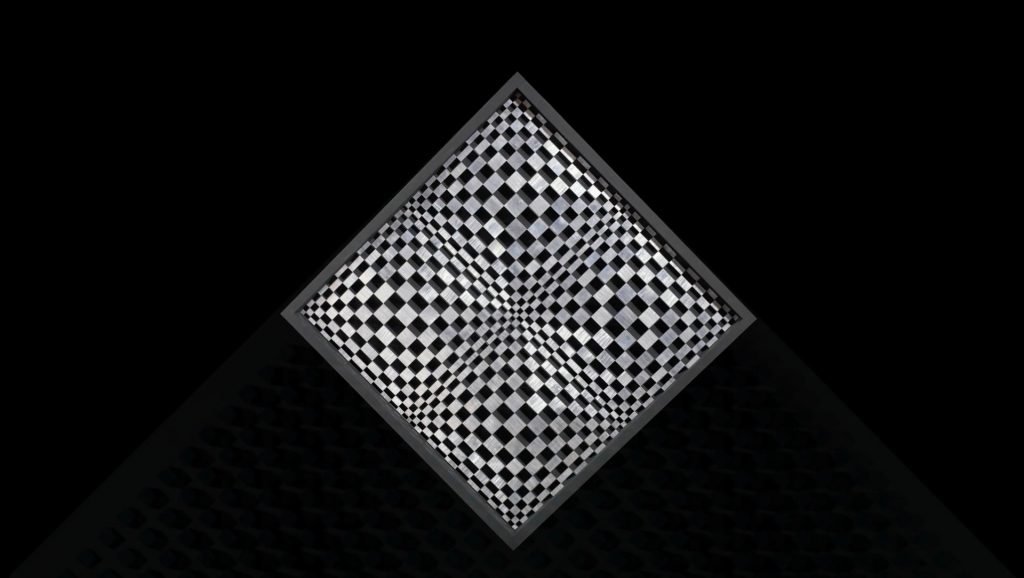 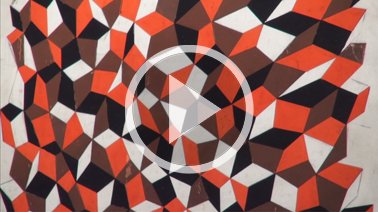 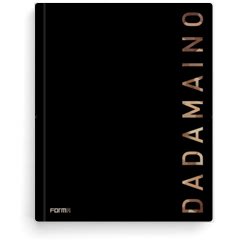 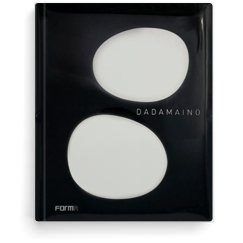