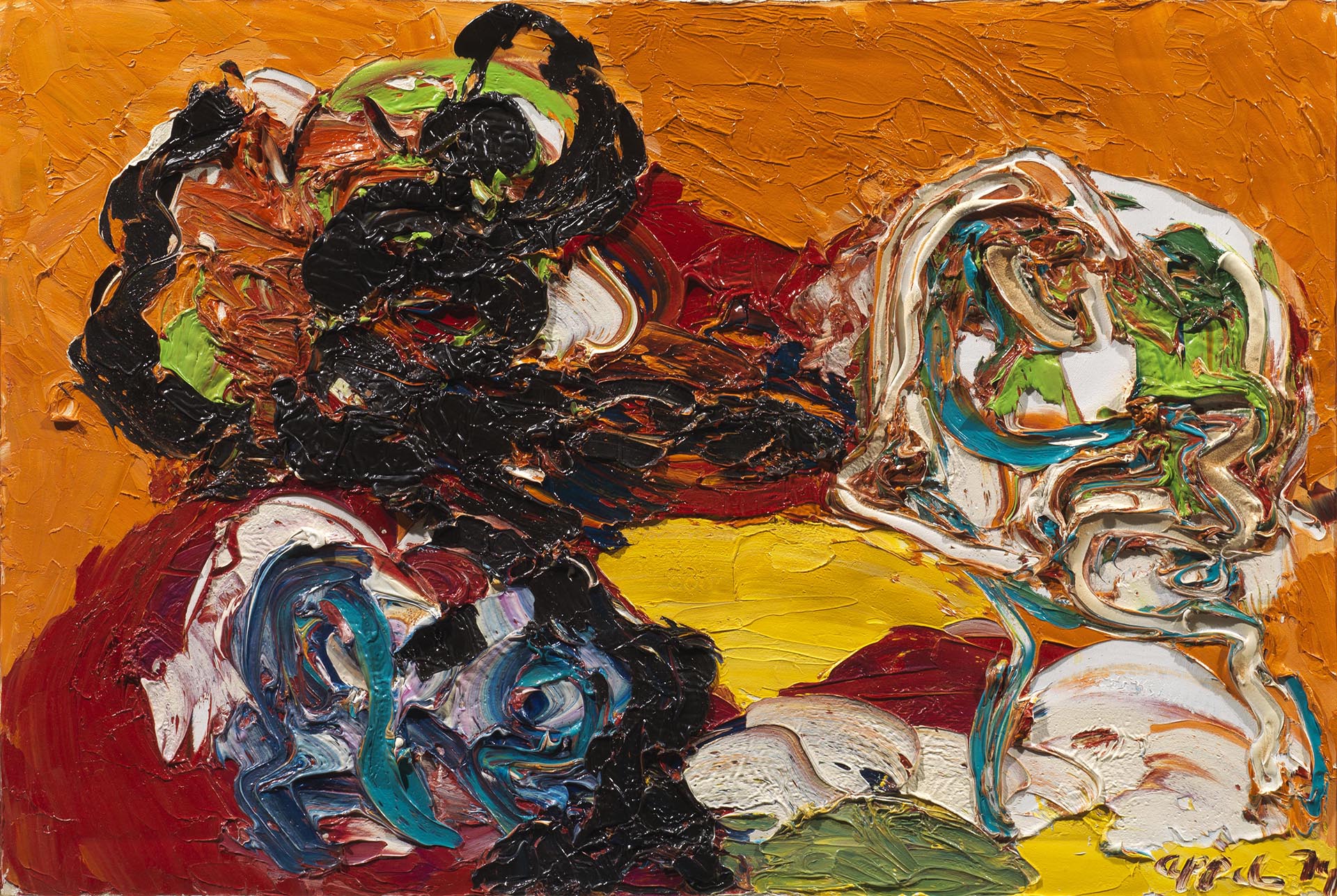 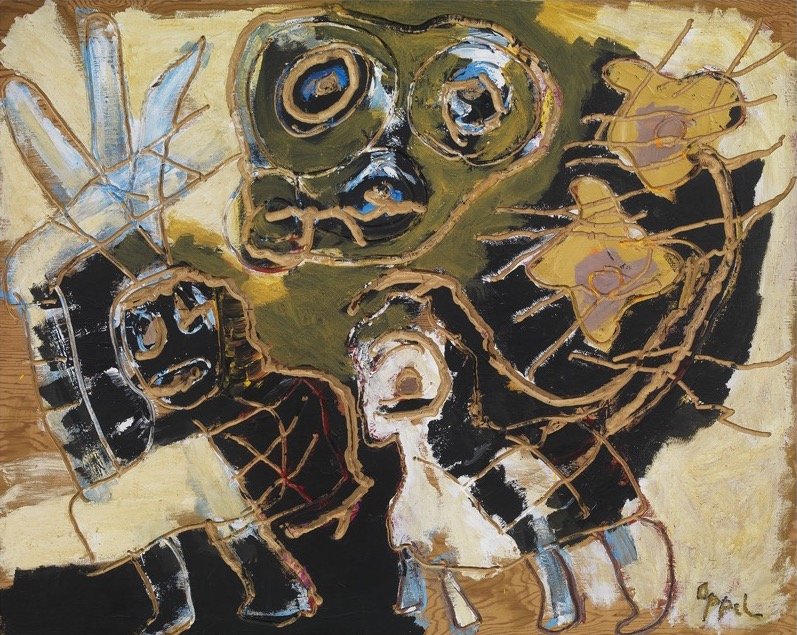 Karel Appel is a Dutch painter and sculptor who trained at the prestigious Royal Academy of Fine Arts of his hometown from 1942 to 1944.

During his first training he got closer to several Dutch, Danish and Belgian artistic circles who later formed, in 1949, in the Cobra group, of which Karel Appel is one of the founders.

In 1951, following Cobra’s first exhibition in Paris, Appel moved to the French capital where he actively participated in the artistic life of the avant-garde.

During the 1950s, he separated from Cobra and joined the informal art movement, and got close to American artists such as De Kooning, Pollock and Sam Francis. His nomadic nature and his eclectic spirit pushed him to travel constantly during the 1960s and 1970s: he crossed the United States, Mexico, Italy, South America, India, Nepal, feeding on various cultural richness of these countries, which will lead him to wooden sculpture.

During the 1970s, he opened the field of his artistic research to new materials: plastic, polychrome aluminum, polystyrene then blend with wood and the bright colors of his early years.

The 80s are characterised by great cycles of paintings focused on nude figures, illustration, ballet and music.

Finally, in the 1990s, he came up with a new kind of sculpture that combined painting, sculpture and architecture in a much more constructivist way. His last paintings of the 1990s explore landscapes and the light of nature, in a non-figurative series which concludes his pictorial production.