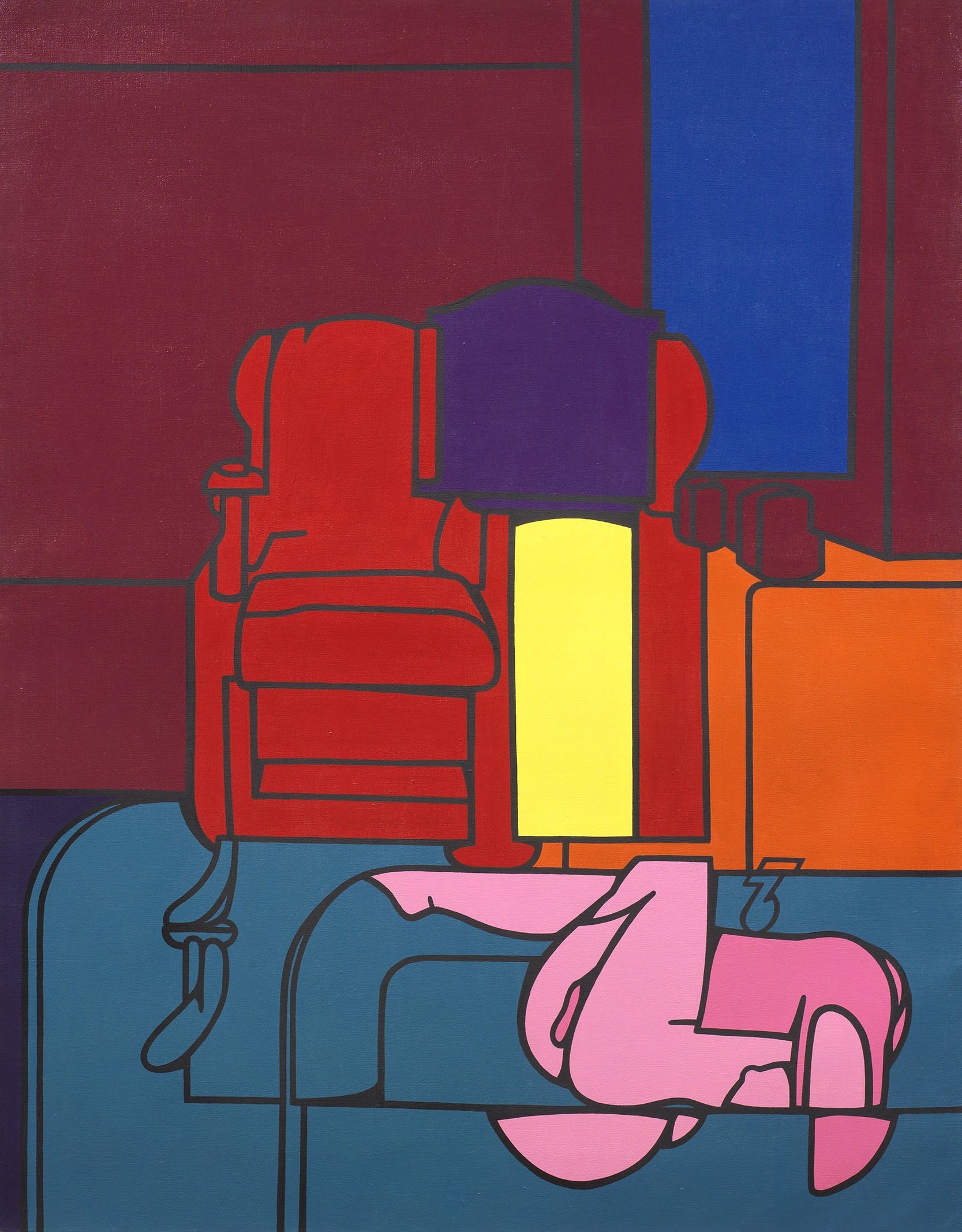 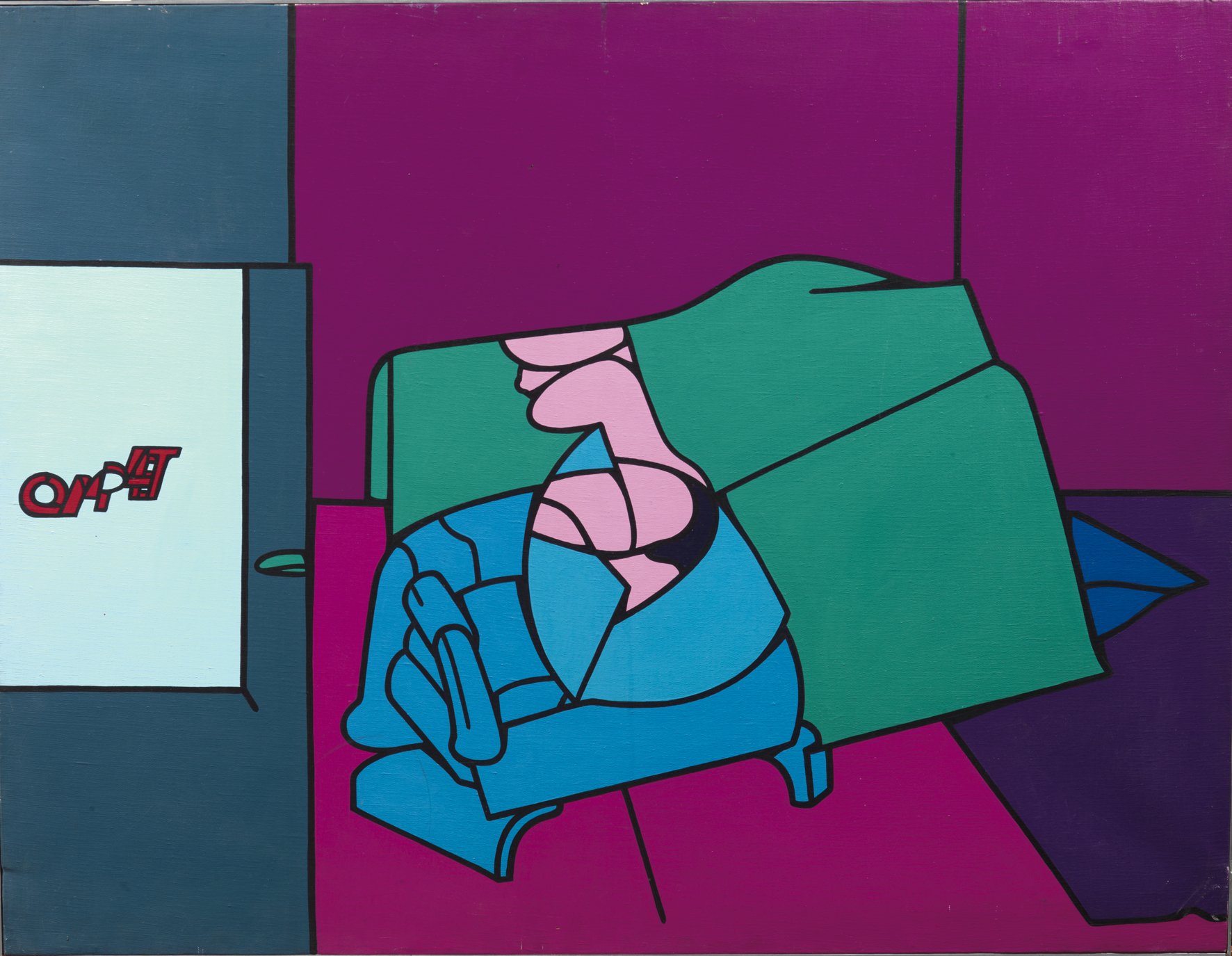 Valerio Adami is a contemporary Italian painter belonging to the New Figuration movement. From 1951 to 1954 he studied at the Accademia di Brera in Milan, where he embraced the great models of ancient and neo-classical art and was supervised by the painter Achille Funi (1890-1972). Adami’s initial works were influenced by Expressionism and by the memory of Italy in ruins after the Second World War. After moving to Paris in 1955 he met Roberto Matta and Wifredo Lam, who would extensively inspire his production. In the 1950s he also lived in London, where he came across artists such as Richard Hamilton and Francis Bacon.

By 1966, Adami had developed a syntactic language that was particularly influenced by Pop Art and comics and was revealed in exhibitions such as Documenta in Kassel in 1964 and the Venice Biennale in 1968. In these early works, objects and figures are delimited by a thick line and treated as patches of pure colour without shadows.

In the 1970s, there was a further development in his art. Adami began addressing politics while drawing inspiration from European history, literature, philosophy, and mythology, as can be seen in a series of paintings he realised in his New York studio in 1978. In addition, his line became more flexible and his colour palette preferred natural tones to violent contrasts. These later pictures thus convey a sense of nostalgic tenderness. From the late 1980s onwards, Adami also started making large-scale mural paintings for various public buildings, such as the foyer-bar of the Théâtre du Châtelet in Paris.

Since then, Adami’s works have been displayed in several important shows worldwide. Between 1985 and 1998, they were presented in four major exhibitions held in Paris, Valencia, Tel Aviv and Buenos Aires. In 2004, a large retrospective dedicated to him was organised by the Frissiras Museum in Athens. Other institutions that dedicated important exhibitions to the artist include the Pomodoro foundation in Milan (2008) and the Boca Raton Museum of Art in Florida (2010).

Adami lives and works in Paris half the year, and spends the rest of his time between Monaco, Italy and India.