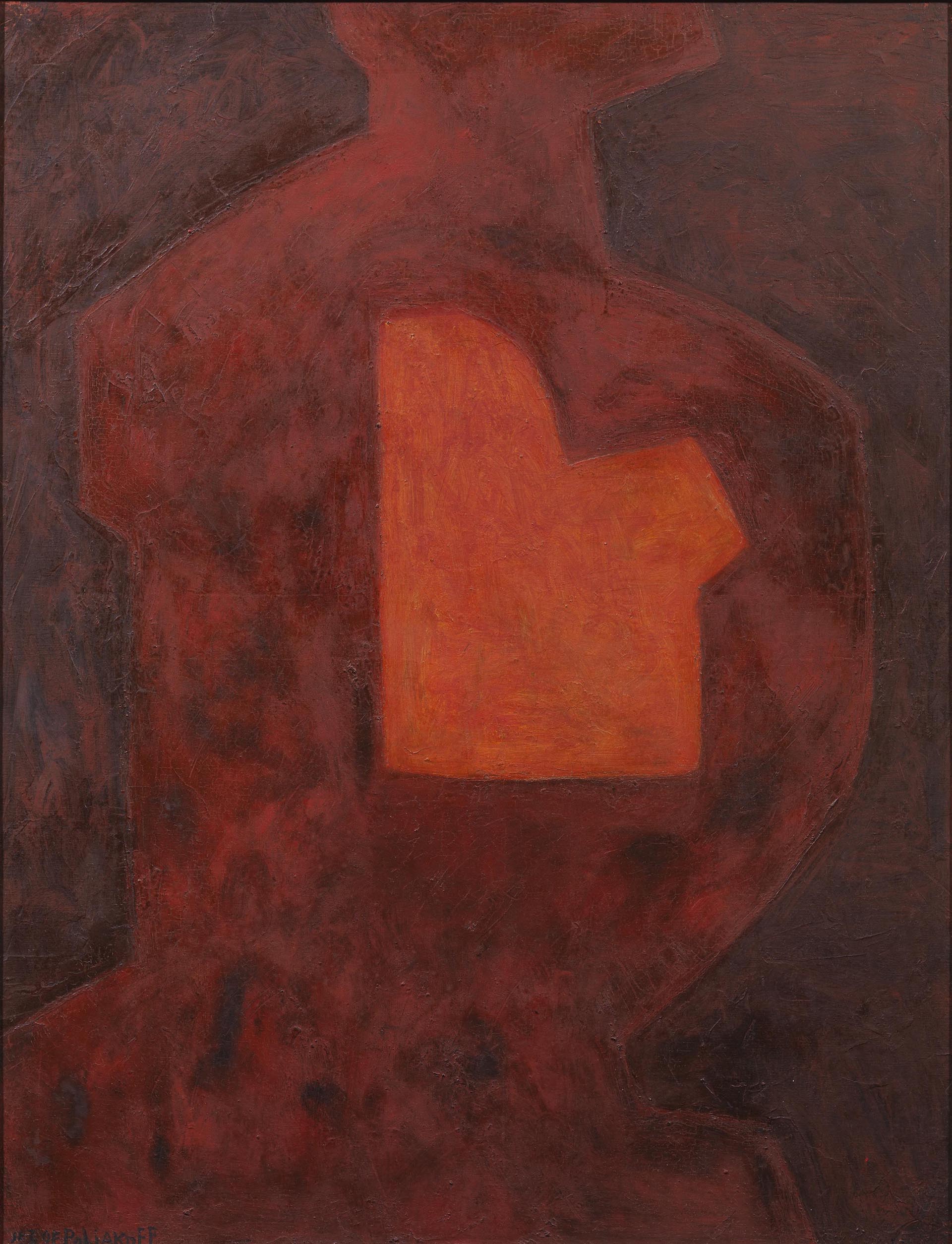 Born in Moscow and naturalized French in 1962, Poliakoff was one of the most important painters of the Paris School. During the Russian Revolution in 1917, he moved to Constantinople and then to Paris a few years later, where he lived most of his life.

He trained at the Académie Forchot and at the Académie de la Grande Chaumière in Paris. He made several meetings in particular with Kandinsky and Robert Delaunay who would singularly influence his artistic language. He went from the achievement of academic and figurative paintings, to the exploration of colours and forms of geometric abstraction. The painter and sculptor Otto Freundlich is also an important influence in Poliakoff’s work.

Poliakoff soon established himself with a well-defined personality. He invents forms and techniques with an inexhaustible imagination, like a true visionary. During the 1940s, his style was characterized by dark tones as well as an infinite variation of gray and brown.

In the 1950s, his palette opened up to the brightest tones and the most pronounced contrasts. Poliakoff’s works have been exhibited in several international exhibitions and he obtains his own space at the Venice Biennale.

His last years were increasingly characterized by the return to a more intimate and meditative palette and by a growing interest in lithography and the graphic arts. Following an initial heart attack in 1965, the artist’s health deteriorated rapidly until his death in 1969 in Paris.