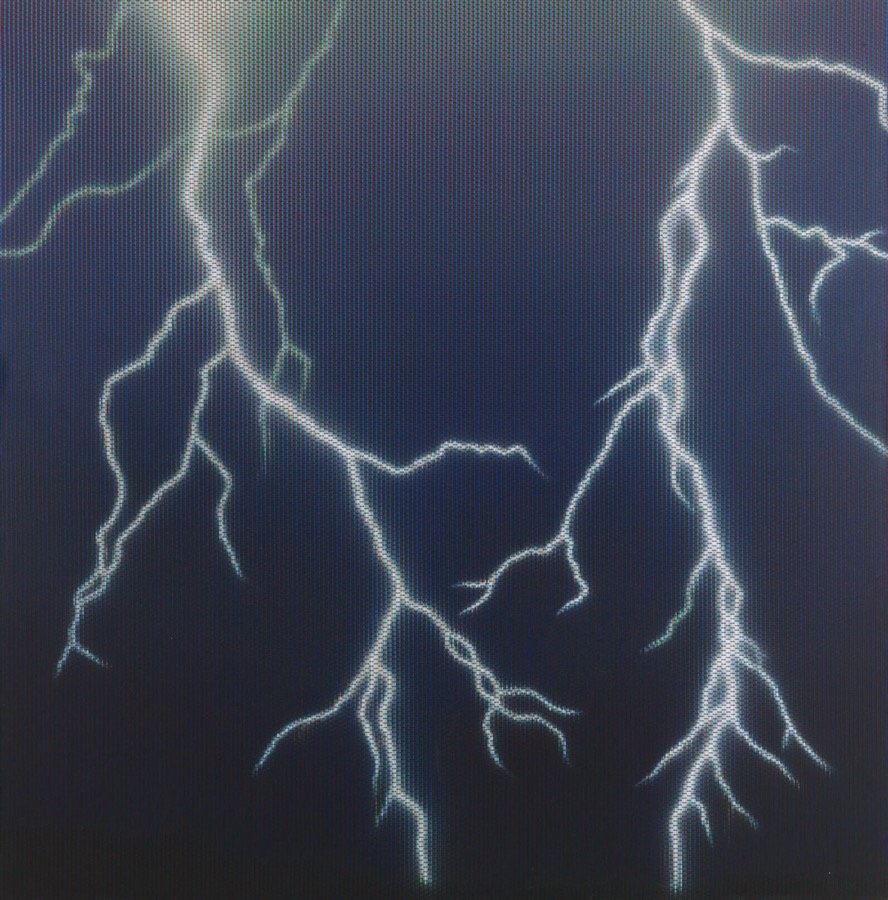 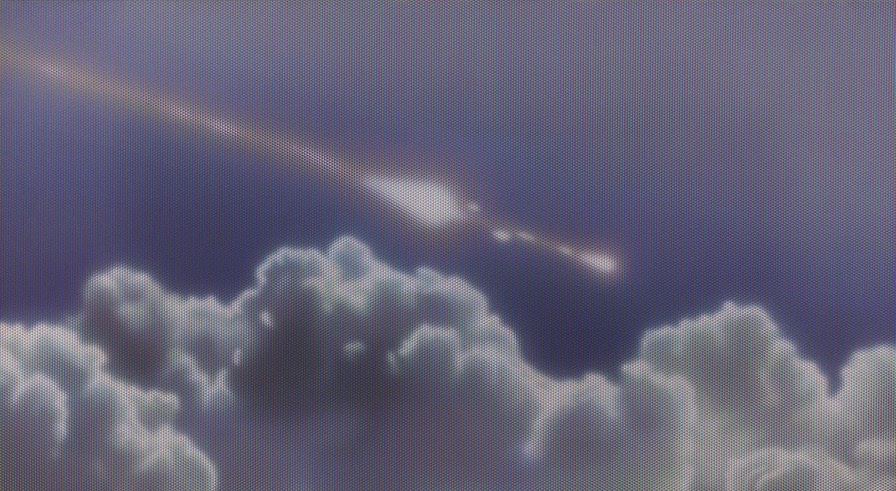 The pictorial research of Cristiano Pintaldi is based on the reconstruction of visual space, obtained by a procedure similar to that of the formation of the video image.

His paintings are in fact painted according to the logic of decomposition that is characteristic of electronic type images, where the basic unit of information displayed on the screen is the pixel, with the three dots of red, green and blue. Through this process, the artist elaborates the image with its decomposition into primary colours encased in countless hand-painted pixels. A pictorial work that requires extreme precision and a paradoxically long time to achieve, with respect to the rate at which the pixel constructs the image in the video space.

Pintaldi’s images and paintings oscillate between two opposing levels of civilisation: the technological and the primordial.

His works represent the new type of vision stimulated by “virtual” reality, often more present and pervasive than the “real”, with the aim of stressing that the digital image is not as infinite as the “real” image, but reducible to the pixel.