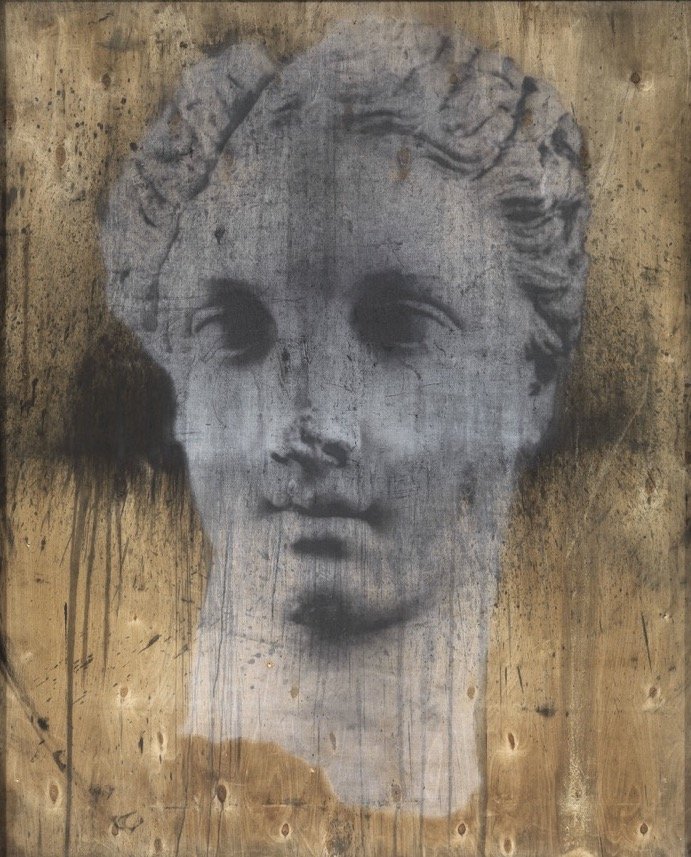 Luca Pignatelli is an Italian painter, author of a visionary realism that finds its subjects in memory.

His relationship with art was born inside the home, where his father, painter and sculpture has his atelier. Son of art, he trained as an architect at the Milan Polytechnic. The study of architecture constitutes an important basis for the development of his research, both from a methodological and iconographic point of view.

In 1987 he had his first personal exhibition in the Milanese gallery of Antonia Jannone, curated by Mario de Micheli and Daniele Vitale.

Linked to the concept of the sedimentary growth of history, Pignatelli considers the relationship between painting and time in a particular way, through the co-presence of elements and forms ascribable to different eras in his work. His works are inspired by the dusty pages of old books. Skies, airplanes, heavy vehicles and steam trains, subjects of classical mythology and trapped views of our contemporary metropolises rest on vintage tarpaulins that covered freight cars in the 1930s.

Normally Pignatelli works on anomalous and already pictorial supports such as hemp tarps, woods, irons, assembled papers, on which he intervenes by superimposing his own selection of images, icons of collective memory drawn from a sort of universally known repertoire.

From 1987 to today Pignatelli consolidates his artistic career and commitment by exhibiting both in Italy and abroad in important museum institutions and private galleries.

Luca Pignatelli’s artistic research is entirely suspended between archaeological fascination and the exploration of myth. His painting lives on the dichotomy between the admiring and poignant gaze of classicism and the dusty folds of the critical investigation of the mythical elements of the contemporary.