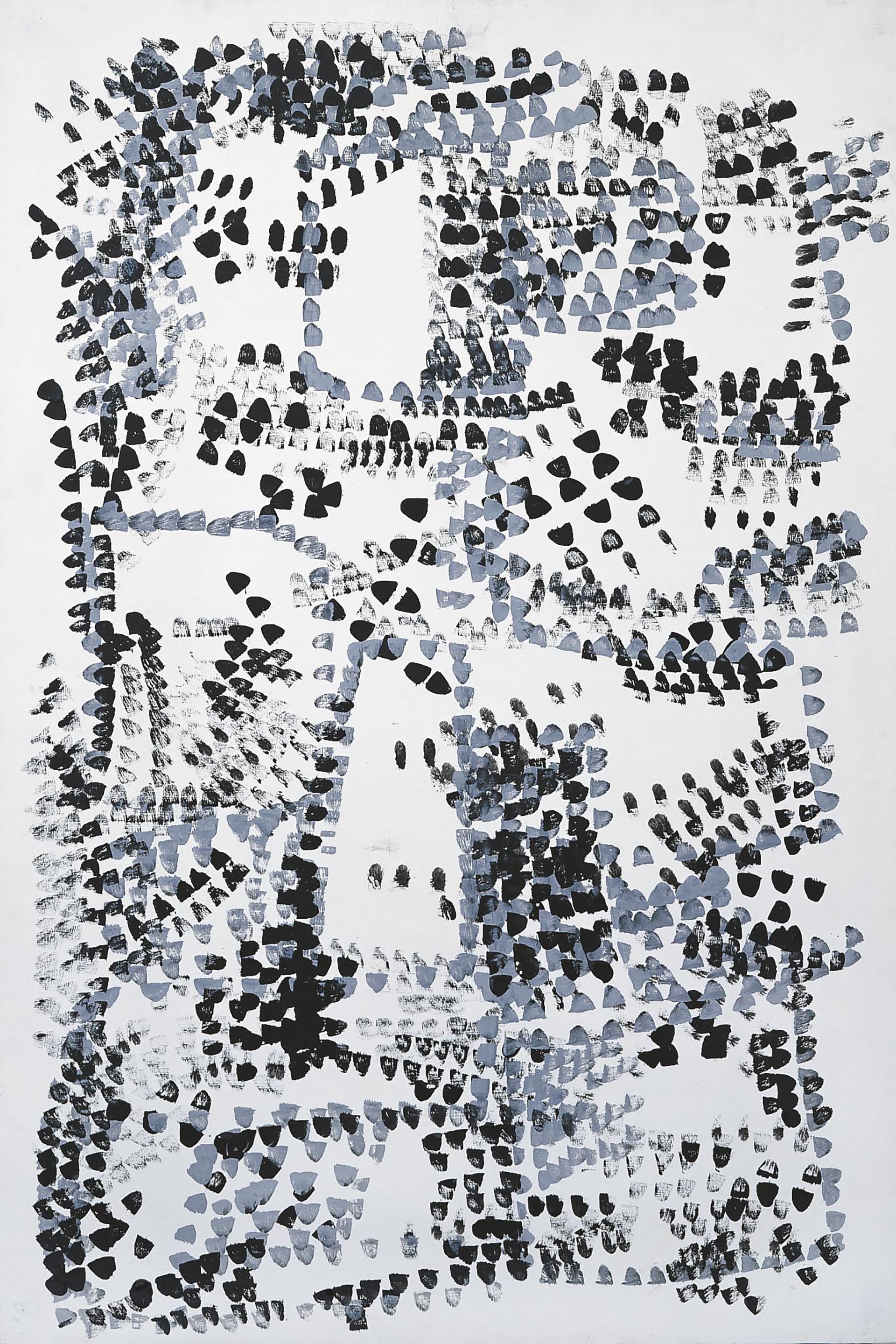 Francesco Lo Savio was one of the most complex personalities in the Italian art scene. After graduating from the Liceo Artistico in Rome, he enrolled in the Faculty of Architecture, which he soon left to devote himself to design and painting.

In these years he comes into contact with the Roman artistic and cultural environment. In particular, he made a solid friendship with Toti Scialoja who in 1960 introduced him to the gallerist Liverani who later became his only gallerist.

In 1959 he abandoned his first experiences close to the informal, to devote himself to research focused on space. The result of this new experimentation is a series of monochrome paintings, in which the luminist variation of the color defines the structure of the surface and places it in a relationship of continuity with the environmental space

In November of the same year, he participated, together with Angeli, Festa, Schifano and Uncini, in the exhibition organized at the La Salita gallery in Rome by P. Restany, “5 painters. Rome 60 “. On this occasion, he presented his first Metals, the result of a greater adhesion to the constructivist lesson: bent opaque black metal plates placed on two-dimensional support.

From the beginning of the 1960s, an intense season of international collaborations and exhibitions began and he created Total Joints in which he isolated the space with cubes of white concrete, in some ways anticipating minimal art.

After his death, his work received numerous awards. In particular, the X Quadrennial in Rome, the XXXVI Venice Biennale in 1972, the retrospective curated by G. Celant at the Pavilion of contemporary art in Milan and the retrospective curated by B. Corà in 2004 at the Pecci Museum in Prato. His works are kept in numerous public museums and private collections, such as the National Gallery of Modern Art in Rome, the Civic Gallery of Modern and Contemporary Art in Turin and the Prada Foundation in Milan.