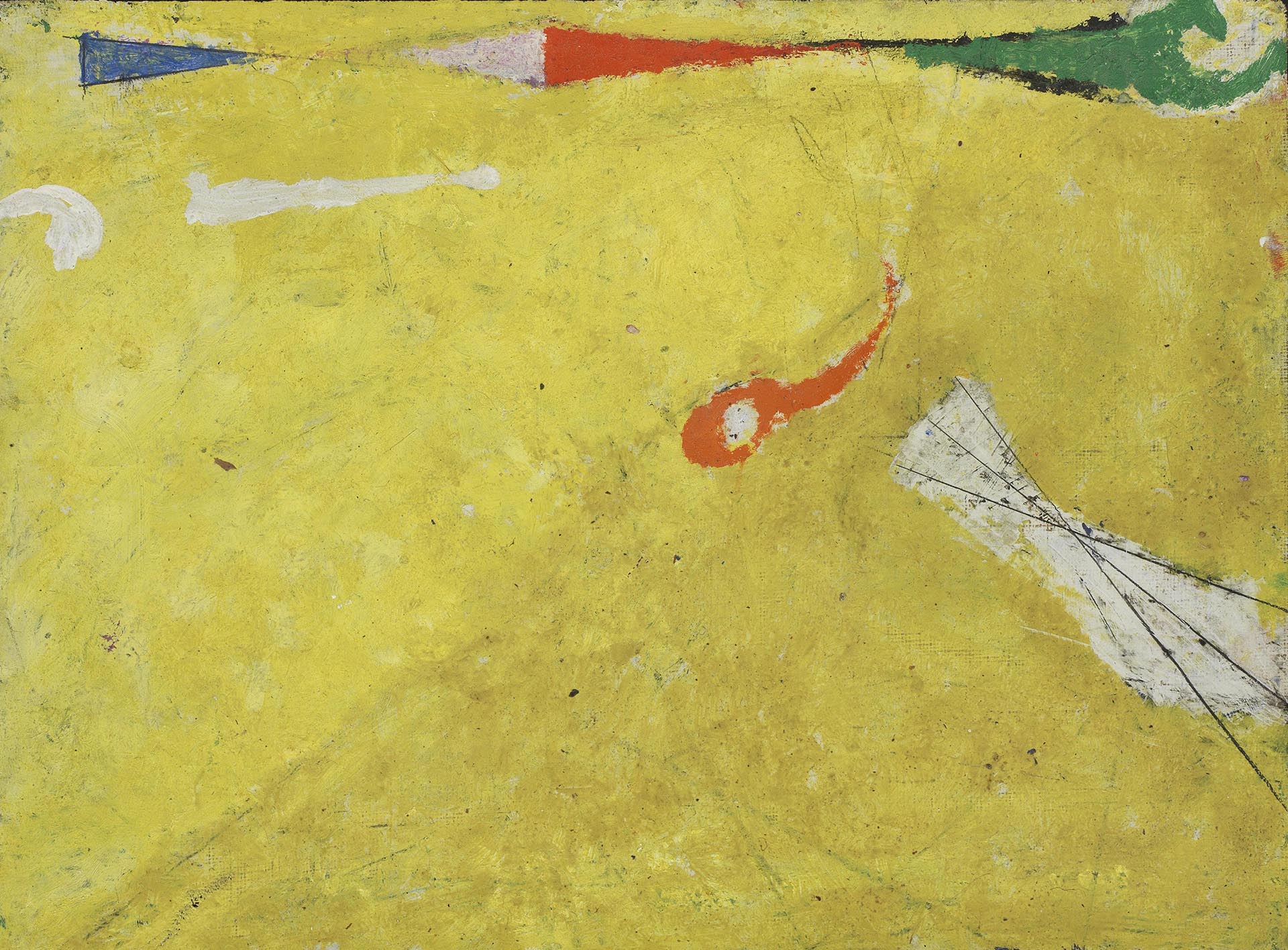 Osvaldo Licini studied at the Accademia di Belle Arti in Bologna where he graduated in 1914 with Giorgio Morandi.

Initially, he joined Futurism with a basically realistic painting, but after moving to Paris in 1917, his style is influenced by the lively and international art scene of Montmartre, thanks to which he turned to abstraction.

The chromatic intensity is achieved while avoiding flat and compact backgrounds as those of Mondrian. In 1938 he returns abruptly to figurative art: his subjects were disturbing mysterious and fascinating figures; an important role is also played by the magical and natural charm of his land.