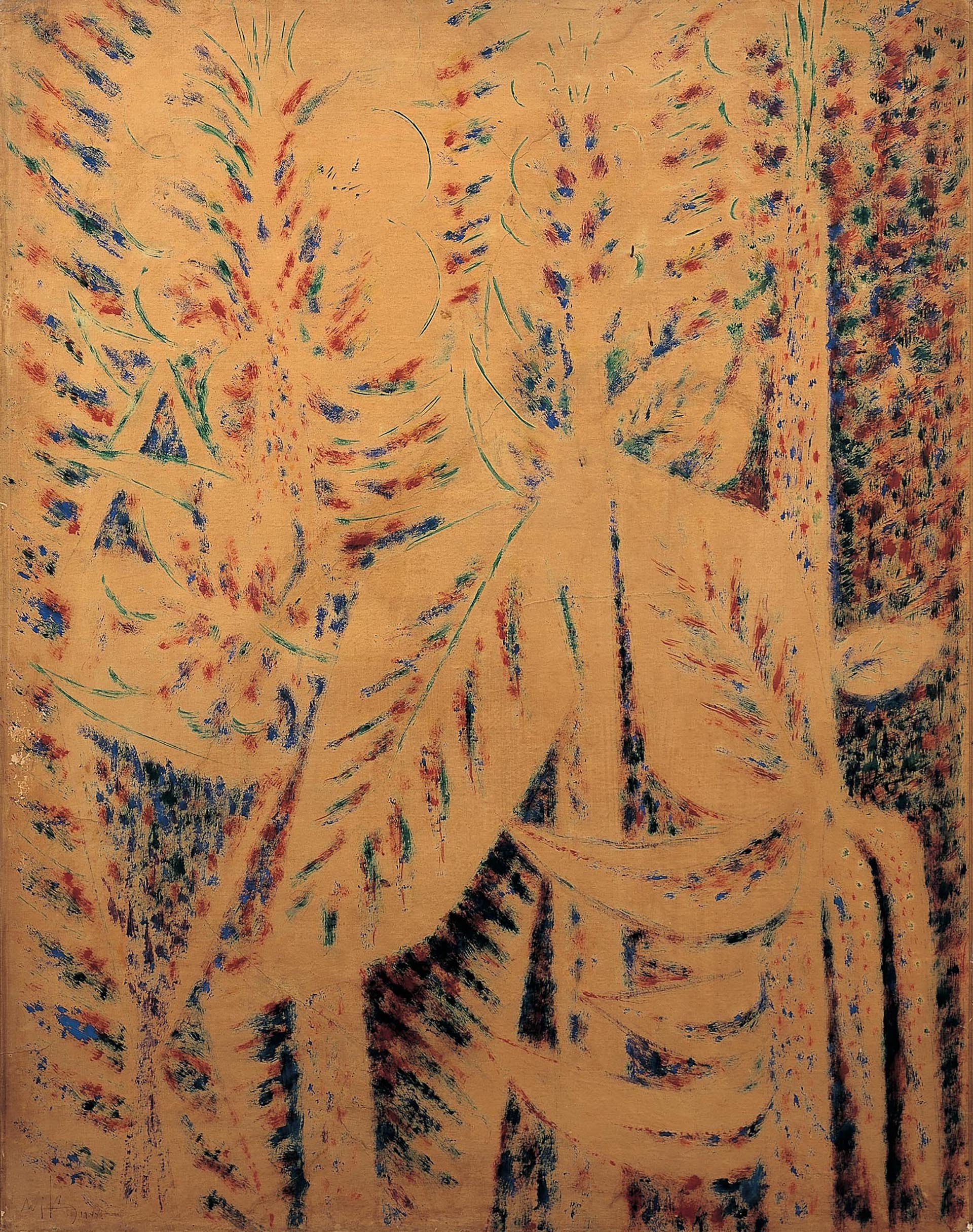 Wifredo Lam is a Cuban painter born to a Chinese father and an Afro-Hispanic mother. At the crossroads of two worlds, his art combines Western modernism with African and Caribbean symbols.

In 1916, he moved to Havana to begin his studies at the School of Fine Arts in Havana until 1923. In 1923, he left for Spain to continue his art studies where he remained until 1938. He discovers the classic European heritage at the Prado museum: from Salvador Dalí to Paul Cézanne and Paul Gauguin. When he arrived in Paris in 1938 he truly met the emblematic figures of the beginning of the 20th century such as Pablo Picasso, Joan Miró, Fernand Léger and the Surrealists, among others. His painting then became closer to Surrealism, movement of which he became a member from his meeting with André Breton in 1939.

In 1940, Wifredo Lam left for Marseille fleeing the German invasion and then quickly returned to his homeland, staying in touch with the surrealists. In 1946, he made an initiation trip of several months to Haiti where voodoo rites and local magical beliefs allowed him to enrich his already mixed artistic vocabulary.

Lam returned to Paris in 1946 and then settled there in 1952. In his late paintings we witness a real simplification of forms and a great richness of color. All along his career he tried other techniques such as ceramics through his meeting with Asger Jorn in Albissola in the mid-1950s and developed a growing interest in engraving.