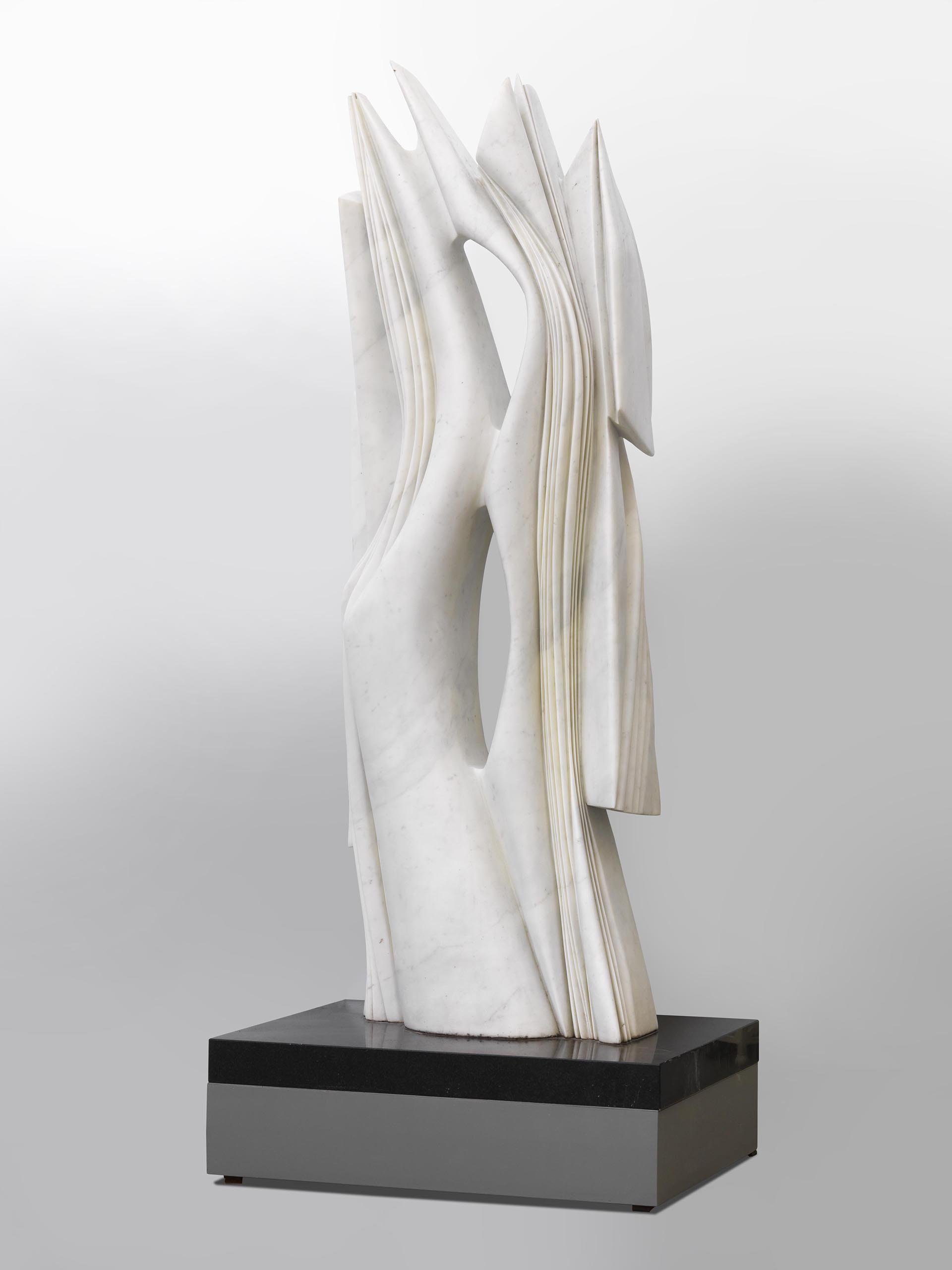 Pablo Atchugarry is an Uruguayan sculptor.

Son of a constructivist painter and disciple of Joaquin Torrès Garcia, Pablo Atchugarry was immersed in art at an early age, initially experimenting with painting. The reference to sculpture becomes immediately evident and in the initial phase of its production, he works mainly with cement, steel, wood, which he prefers until the moment when the historical encounter with marble takes place.

At the end of the Seventies, he started working with marble after a stay in Italy. In fact, this material is the one that has the necessary characteristics to give its sculptures the brightness and translucency that made them famous.

He undertook an international career, seeing his works exhibited in various European cities, including Milan, Copenhagen, Paris, Chur and Stockholm, and absorbing in him the cultures he discovered during his travels.

From the Eighties he settles permanently in Italy, in Lecco, organizing a parallel laboratory with that in Uruguay: his aim is to get even closer to the material he retrieves in the historic Carrara quarries.

Almost twenty years later, the city of Lecco inaugurated a museum dedicated to his work, where sculptures and documents that cover the artist’s entire career are exhibited. His presence in Italy is also celebrated by his participation in the 2003 Venice Biennale.

Having always shown a strong interest in the promotion and diffusion of the arts in his country, in 2007 he opened the Fundación Pablo Atchugarry in Manantiales, Uruguay. This center is designed as a meeting point for exchange and dialogue in art, both for artists and for the general public.

With over 80 solo and group exhibitions around the world, Atchugarry lives and works between Lecco in Italy and Manantiales in Uruguay.