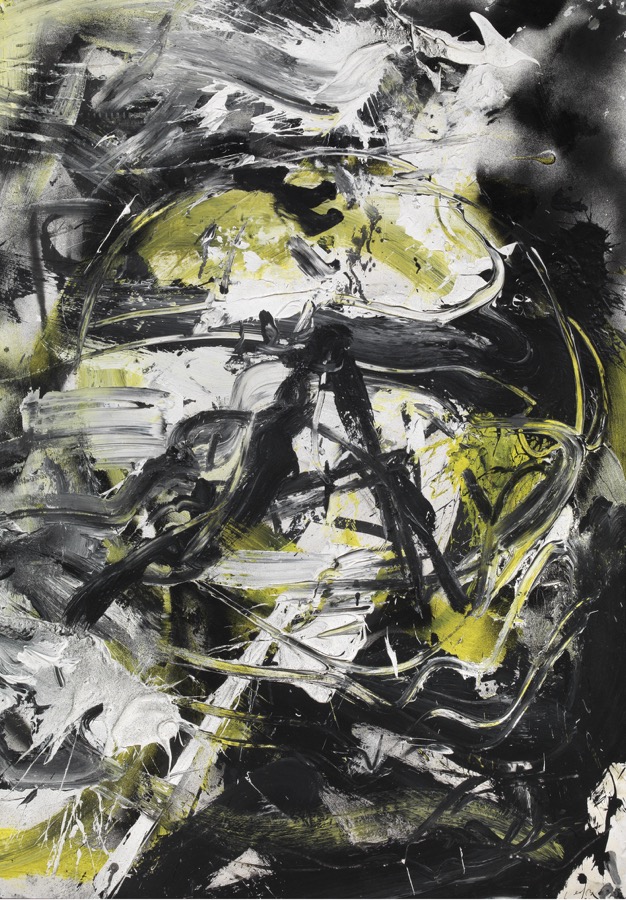 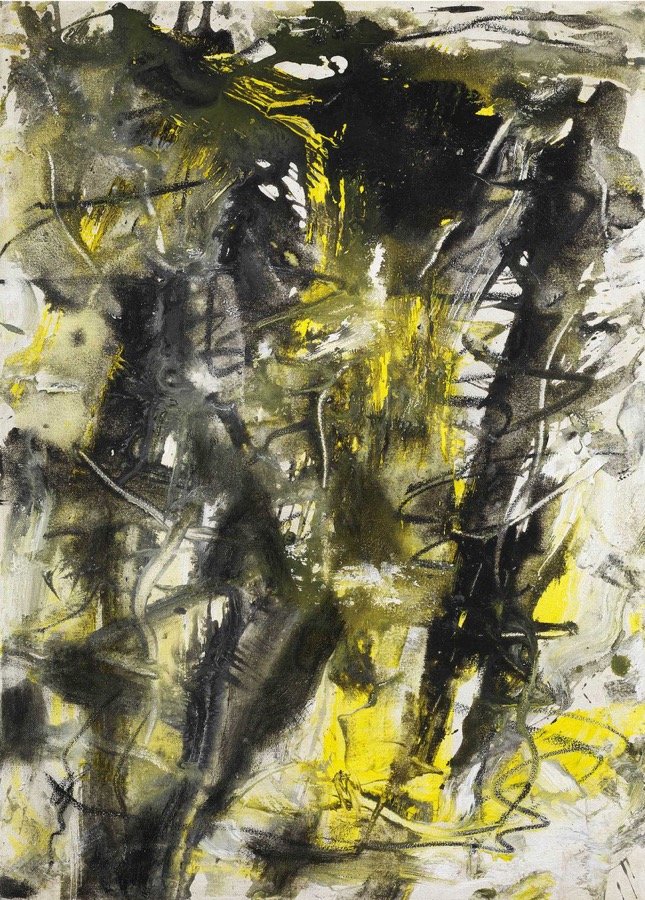 Emilio Vedova was a self-taught artist. From the start of his career, the main theme of his work was the desperate condition of man in a world of aggression and social injustice. The first works he produced between 1935 and 1939 clearly show that the artist’s abstraction has little in common with the improvisation and automatism typical of informal art.

After the Second World War, his work reflected the violence of the debate between realism and abstraction that took place in Italy.

Under the profound influence of Futurists and Picasso, Vedova came to the realisation of a harsh and violent sign, always ruled by black. He then designed a series of works called Black Geometries, Explosion, Battle, Europe and Concentration Camp where the choice of titles shows their political implication.

Subsequently, during the 1950s, he produced the series called Cycle of Protest, Cycle of Nature, and Cycle for Brazil, reaching the peak of informal Italian art.

From this moment Vedova developed the spontaneous and gestural style for which he is recognised today: behind the apparent chaos the artist creates a very structured space, composed of different plans, lines and highly identifiable signs such as crosses, triangles, circles, and writing.

Finally, in the 1960s, Vedova embarked on a new direction which took him to the Plurimi: painted constructions in relation to the surrounding space, leading to the imposing canvases of the 1980s whose violent and determined gesture reflects the drama of the human condition, giving a sharper meaning, denunciation and moral protest.

Today Vedova’s works are held in a private museum in Venice, next to the Pinault collection at the Pointe de la Douane, in a space specially designed for his works by the architect Renzo Piano.