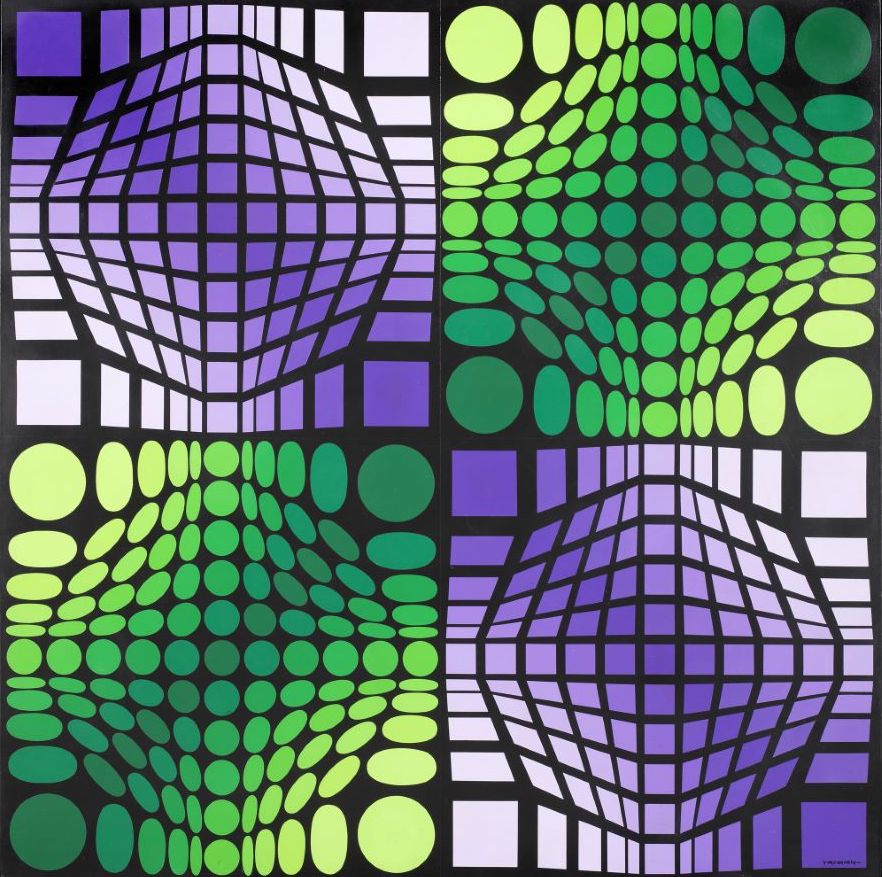 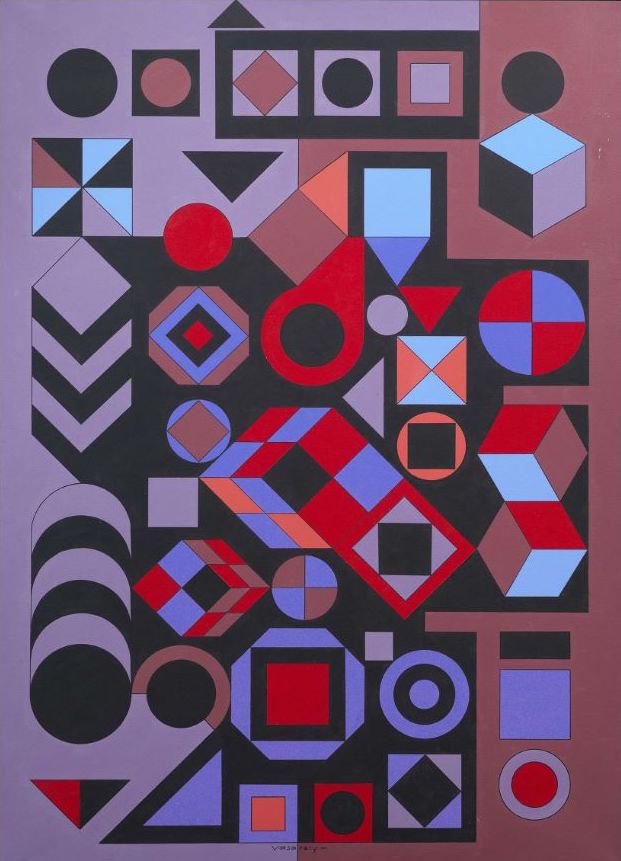 Victor Vasarely was born in Pécs, Hungary, in 1906. Encouraged by his family, he attended Budapest’s medical school, which he later left in order to dedicate himself fully to his art.

He studied at the Mühely, a Hungarian Bauhaus, founded in 1927 by Sándor Bortnyik. During that period he became interested in constructivism and abstraction and started introducing a geometric dimension to his work.

In 1930 he settled in Paris, where he started out as a graphic designer for advertising companies. During those years he was influenced by Cubism and Surrealism, and his style revealed a transition from figuration to geometric abstraction. His numerous stays in Belle-Ile and Gordes marked the beginning of a truly abstract approach.

The Denfert and Crystal periods were marked by an alternance of form and content with a playful arrangement of light and space between walls. Black and white became more and more present in his compositions. The most representative work in the series is Hommage à Malevič, which marked a transition to kineticism.

In 1955 he exhibited at the Galerie Denise René in Paris with other Kinetic artists, and he published his ‘Manifesto giallo’. In 1965 he was exhibited at MoMA in the famous « Responsive Eye » exhibition, while in 1967 he took part in the exhibition Lumière et Mouvement at the Museum of Modern Art of Paris.

In 1968 he started his Vega period, marked by playful experiments with the perception of concave and convex, and pursued his experimentation with shapes and colours. In 1976 he founded the Vasarely Foundation in Aix-en-Provence and he became interested in the new expressive forms coming from the architecture field.