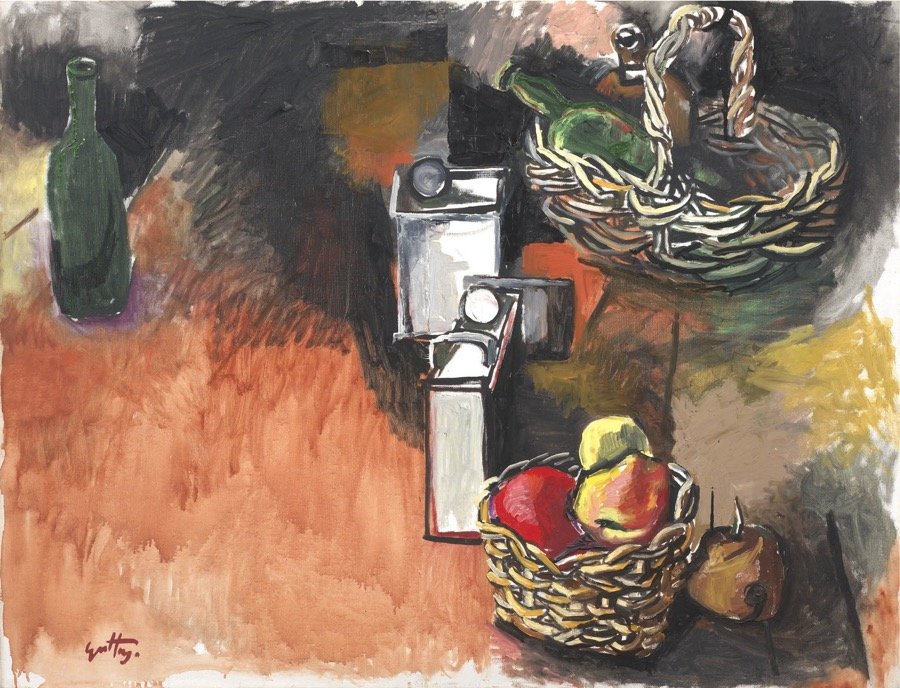 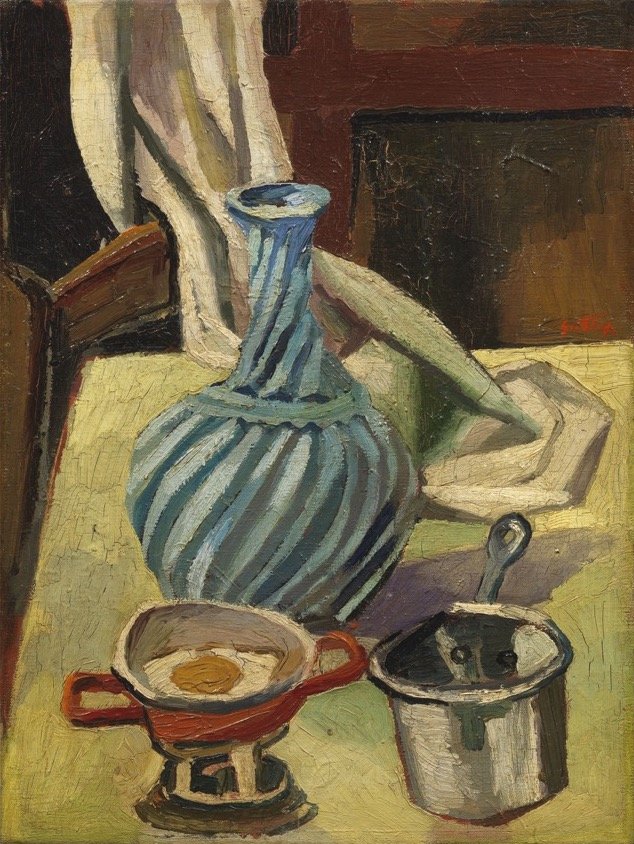 Renato Guttuso was an Italian painter and politician, the protagonist of Italian neorealist painting who expressed himself in the artists of the New Front of the Arts.

He approached art as a young boy by observing his father painting occasionally, and attending the studio of the painter Quattrociocchi.

As soon as he was thirteen he began to sign and date his paintings – mostly copies of Millet, Carrà and Sicilian landscape painters – and participated in his first group exhibition in Palermo at the age of seventeen.

In 1931 he participated with two paintings at the Rome Quadrennial and had the opportunity to see live the works of the greatest Italian artists who deeply impressed him.

Due to his military service, he spent 1935 in Milan, where he had the opportunity to make great friends with artists such as Birolli, Sassu, Manzù, Fontana with whom he would share his studio, and many intellectuals. He exhibited for the second time in Milan, at the Galleria del Milione with the “Gruppo dei 4” which he founded in Palermo with Giovanni Barbera, Nino Franchina and Lia Pasqualino Noto in open controversy with the primitivism of “Novecento”, then dominant.

In 1933 he definitively abandoned his university studies to devote himself to painting and moved to Rome, where he entered the cultural and artistic environment.

In these years he collaborates with newspapers and magazines and already from the choice of his first critical subjects his choices are outlined in favor of a committed painting. His first article on Picasso, written in 1933, caused the intervention of the fascist censorship and the suspension of collaboration with the newspaper L’Ora di Palermo.

The 1940s are characterized by a thriving artistic production of nudes, landscapes, still lifes and significant works such as the Crucifixion.

In 1943 he left Rome for political reasons and actively participated in the anti-fascist resistance. He left a poignant artistic testimony of the partisan struggle in the series of drawings made with inks of the clandestine typographies. In Paris, he met Pablo Picasso with whom he made a lifelong friendship.

Back in Italy, he founded the Fronte Nuovo delle Arti movement, together with some artists and friends including Birolli, Vedova, Marchiori, the gallery owner Cairola. The group, very politically engaged, had as its objective that of recovering the European artistic experiences which due to fascism were little known in Italy.

In recent years, while exhibiting in New York, London, Moscow, Amsterdam and Paris, he collaborates with the most important Italian and international magazines with writings on art theory and criticism, taking a position in the debate on realism.

On 18 January 1987 he died leaving some of the most important works at the National Gallery of Modern Art in Rome.

The Guttuso Museum, which is located in the eighteenth-century Villa Cattolica of Bagheria, collects the largest collection of works, paintings, drawings and graphics by the artist, and in the garden of the Villa preserves the large funeral ark dedicated to him by his friend Giacomo Manzù, where he rests.