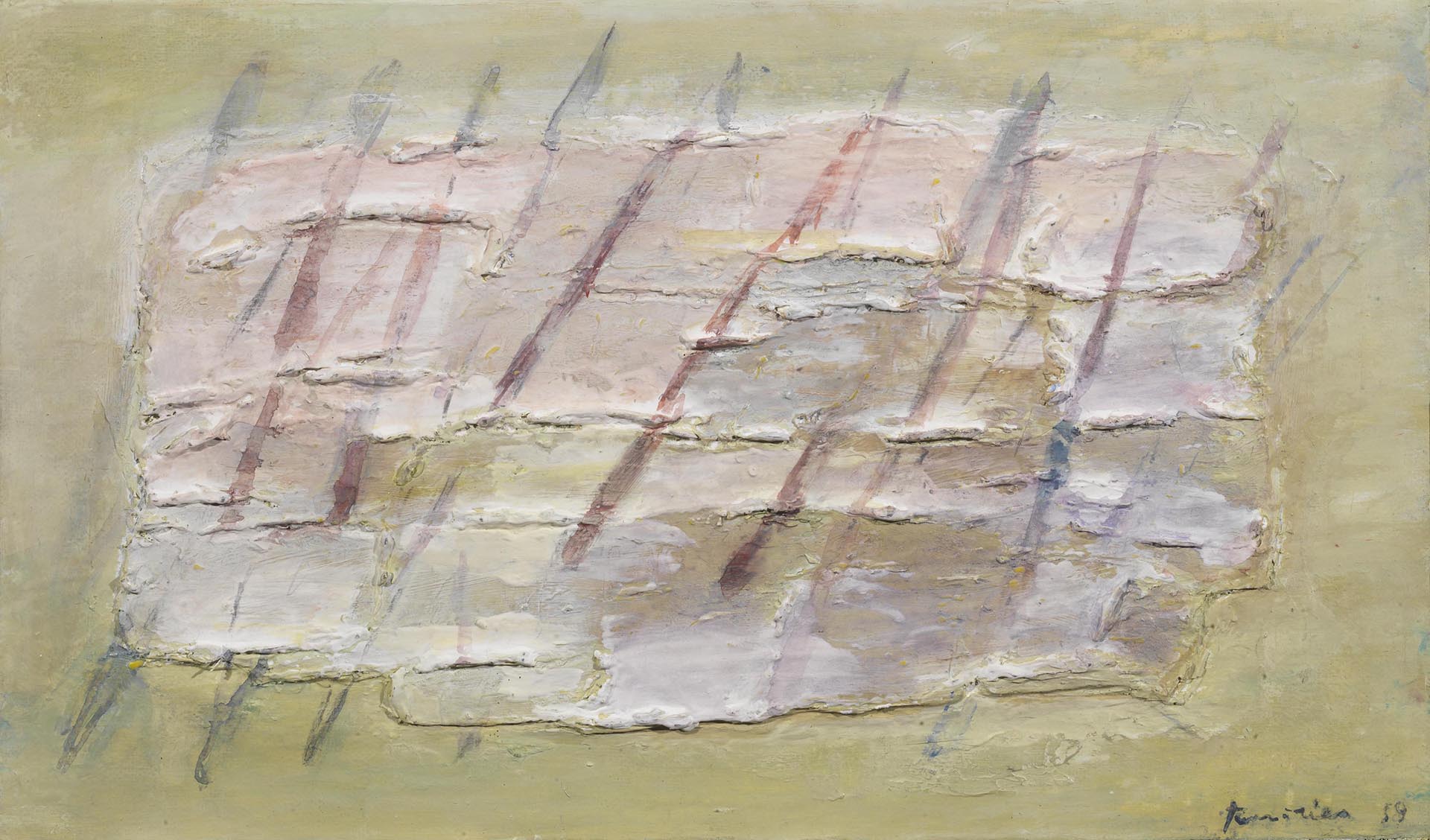 Jean Fautrier was born in France, but his artistic training took place mainly in England: he went to London with his mother in 1908 and attended the Royal Academy and the Slade School of Art.

He was heavily influenced by Turner’s painting, which he discovered in London’s museums.

His artistic production began when he was still very young. Despite his 16 years, he went to war and didn’t start painting again until 1921.

He was almost immediately successful. In 1922 he exhibited at the Salon d’Automne and in 1923 at the Galerie Fabre. His style is rapidly evolving into informal art, or “other art”, in the words of Michel Tapié. Art dealers were interested in his work and he signed his first contract with Paul Guillaume, who organized an exhibition dedicated to him at the Bernheim Gallery in 1927.

The following years were tormented, he left Paris to go to Haute Savoie because of the economic problems that pushed him. He returned to Paris as soon as the Second World War broke out, then joined the Resistance and was imprisoned in 1943.

All this affected him greatly. So he goes to Châtenay. At that time, he produced one of his most famous series, the Otages, which he exhibited at the Galerie Drouin in 1945.

The reception was rather lukewarm. Disappointed, Fautrier devoted himself to illustrating books for Gallimard and traveled to Italy, Holland, Belgium, Scotland, Spain, the United States and Portugal. In 1955, he returned to Paris and exhibited Les Objets at the Galerie Rive Droite. The spread of Informal Art allows Fautrier’s work to enjoy worldwide success.

His last years were marked by important successes: in 1961, the International Grand Prix at the Tokyo Biennale, two exhibitions at the Stedelijk Museum in Amsterdam and the Kunsthaus in Zurich in 1963 and a major retrospective at the Museum of Modern Art in Paris in 1964.