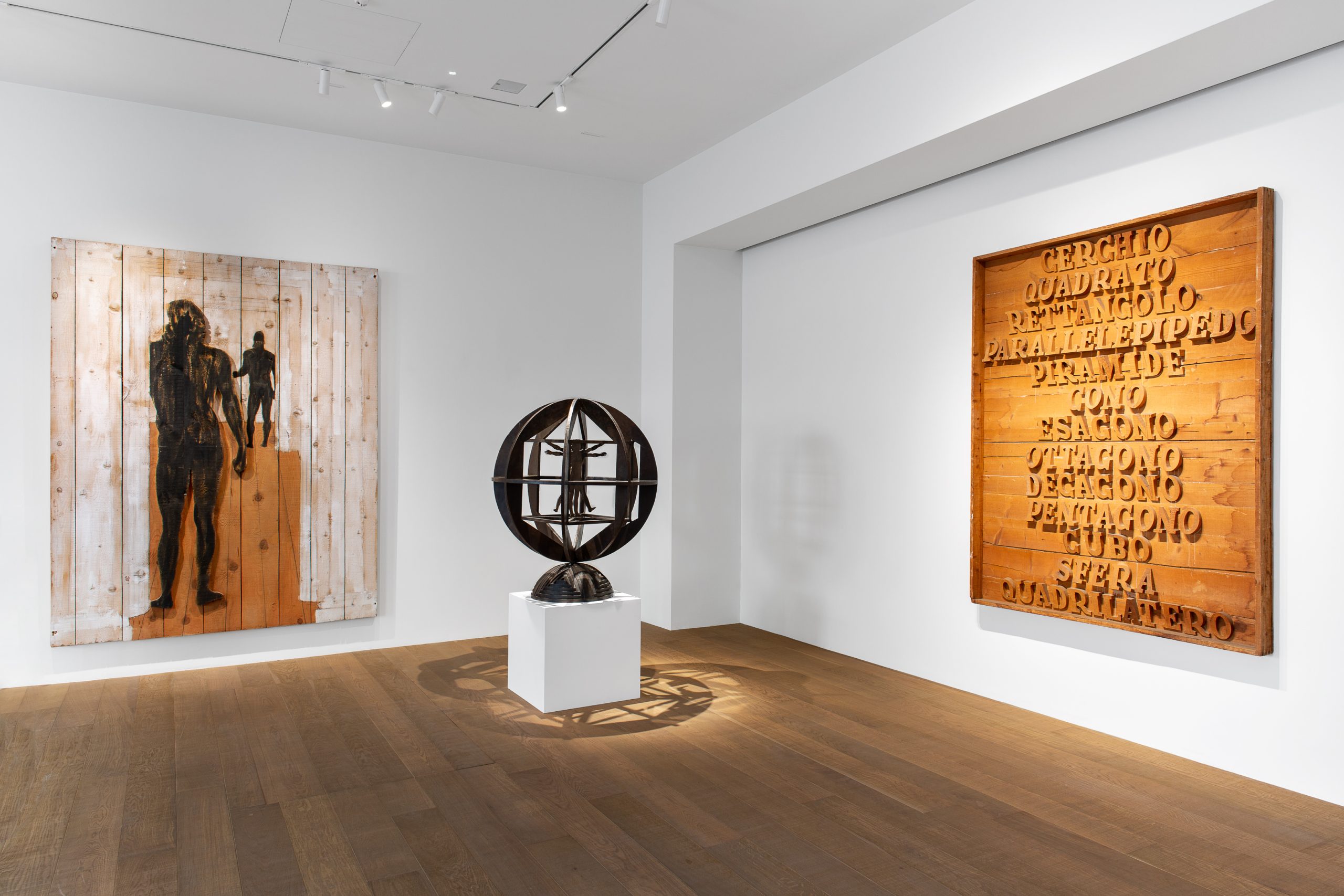 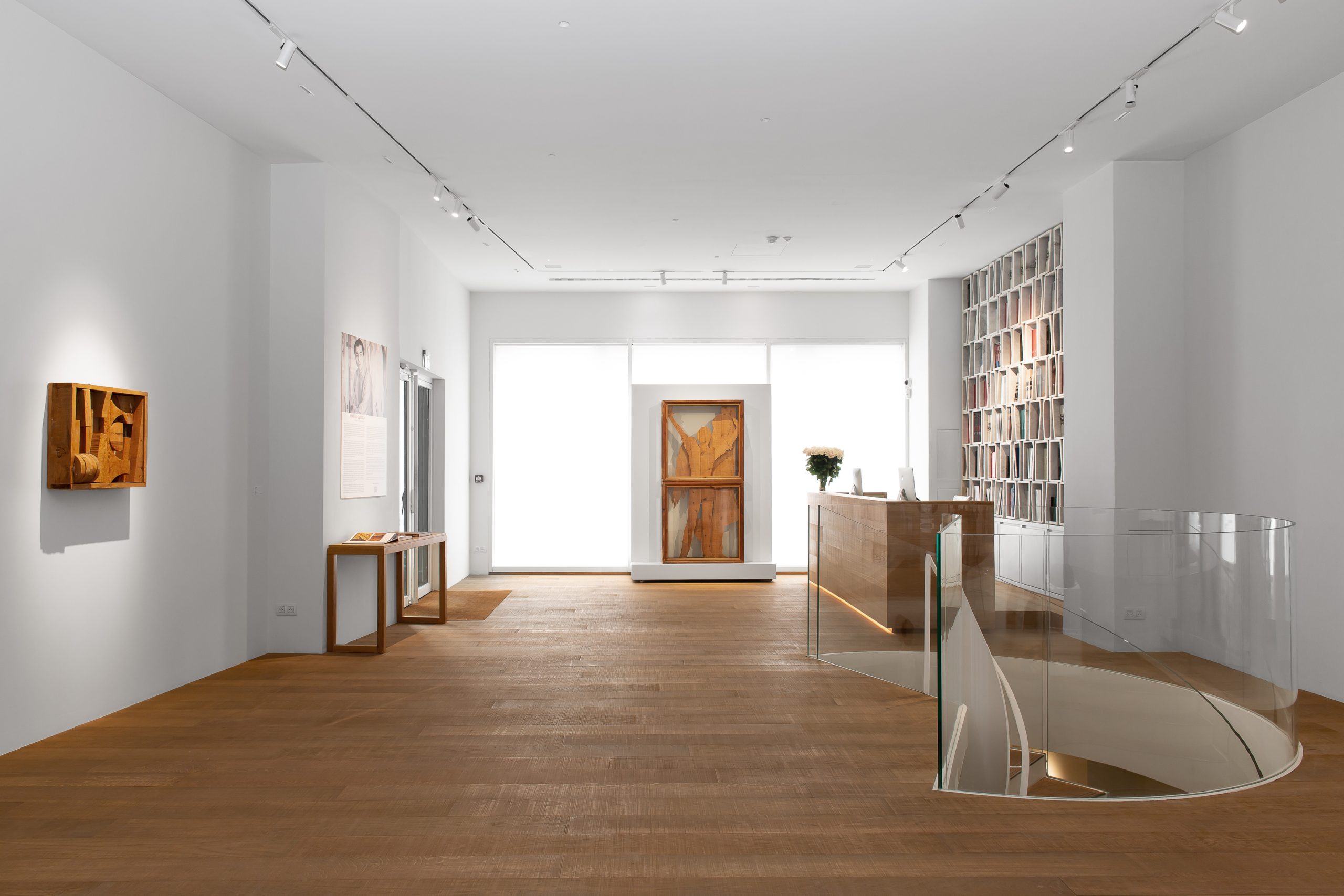 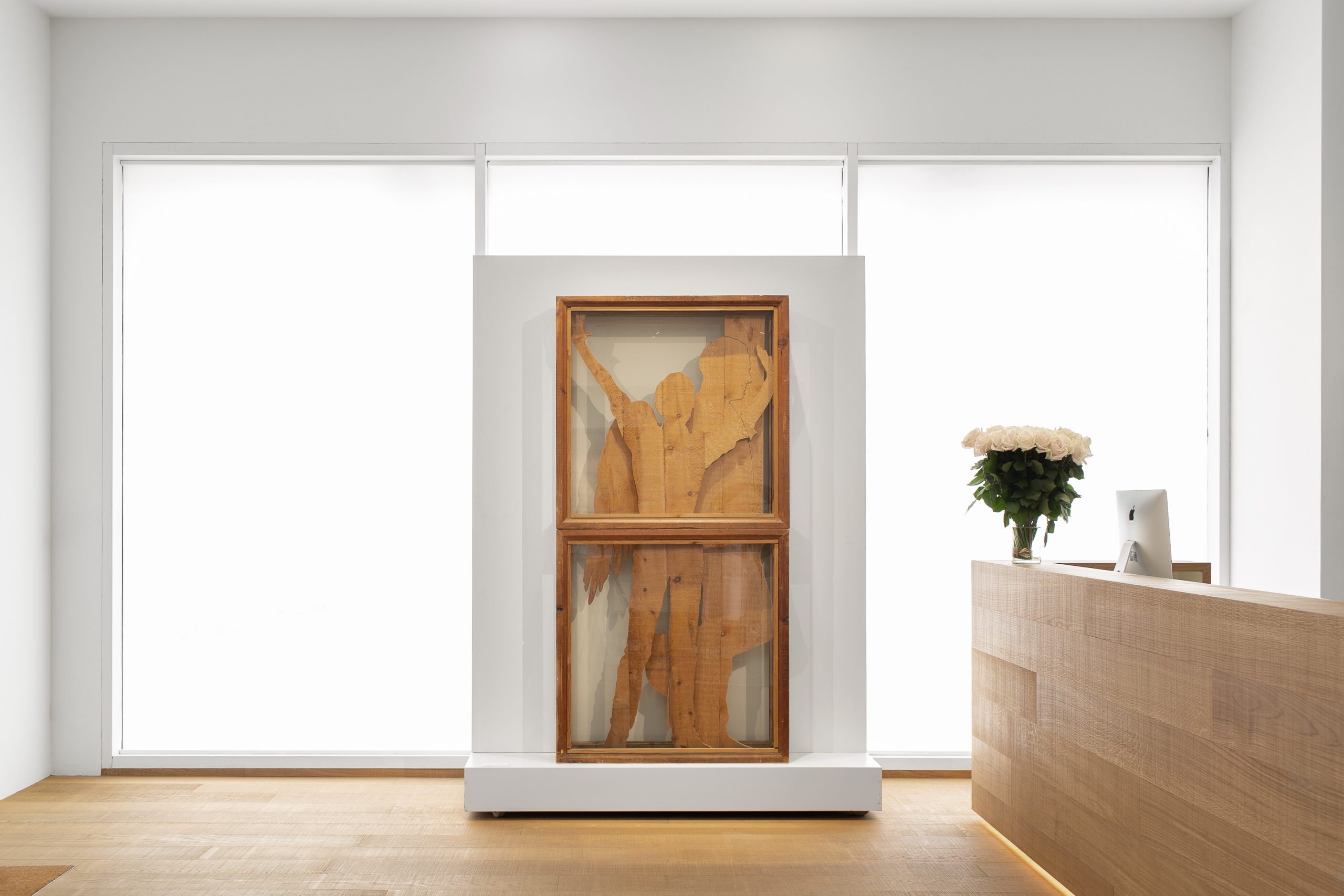 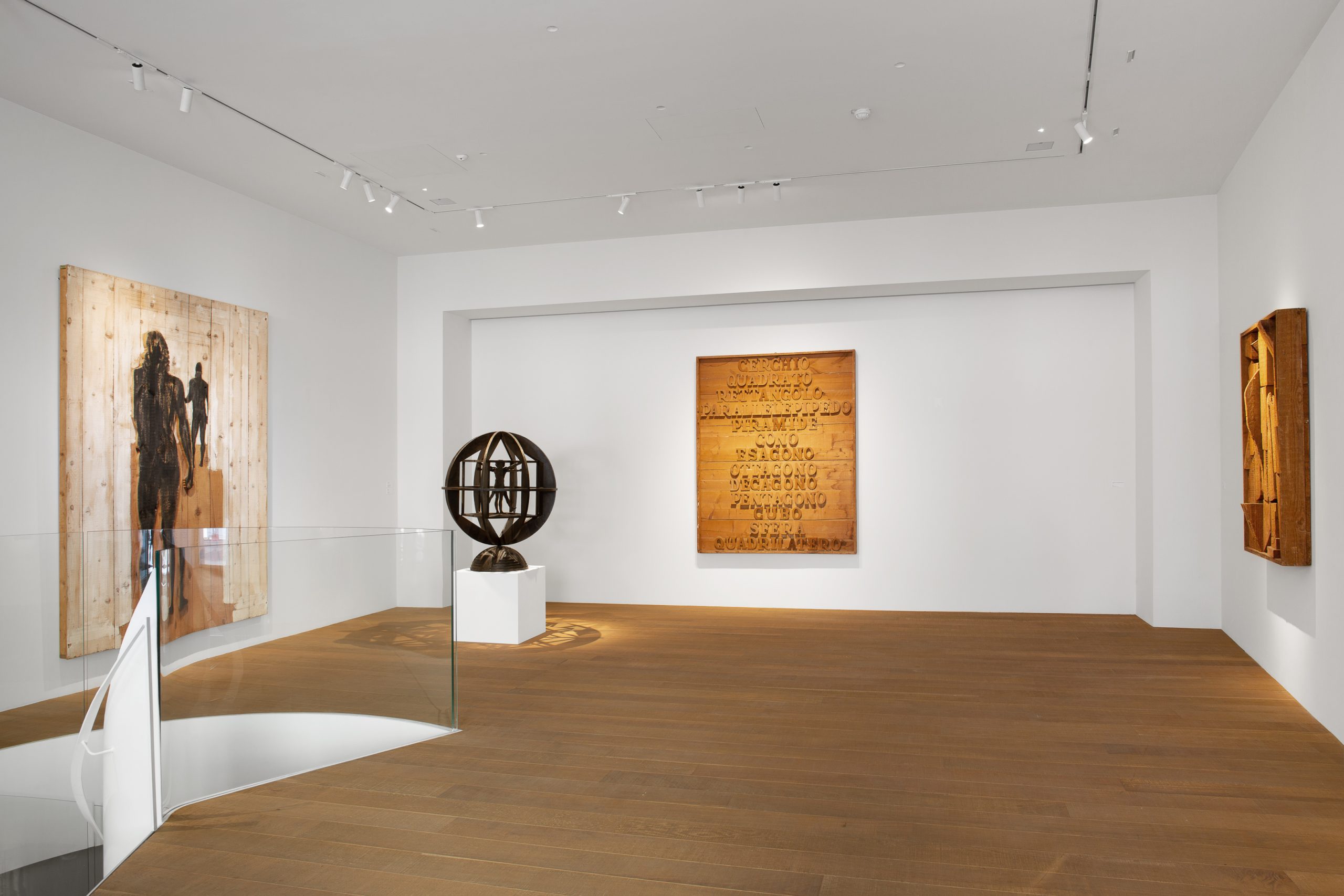 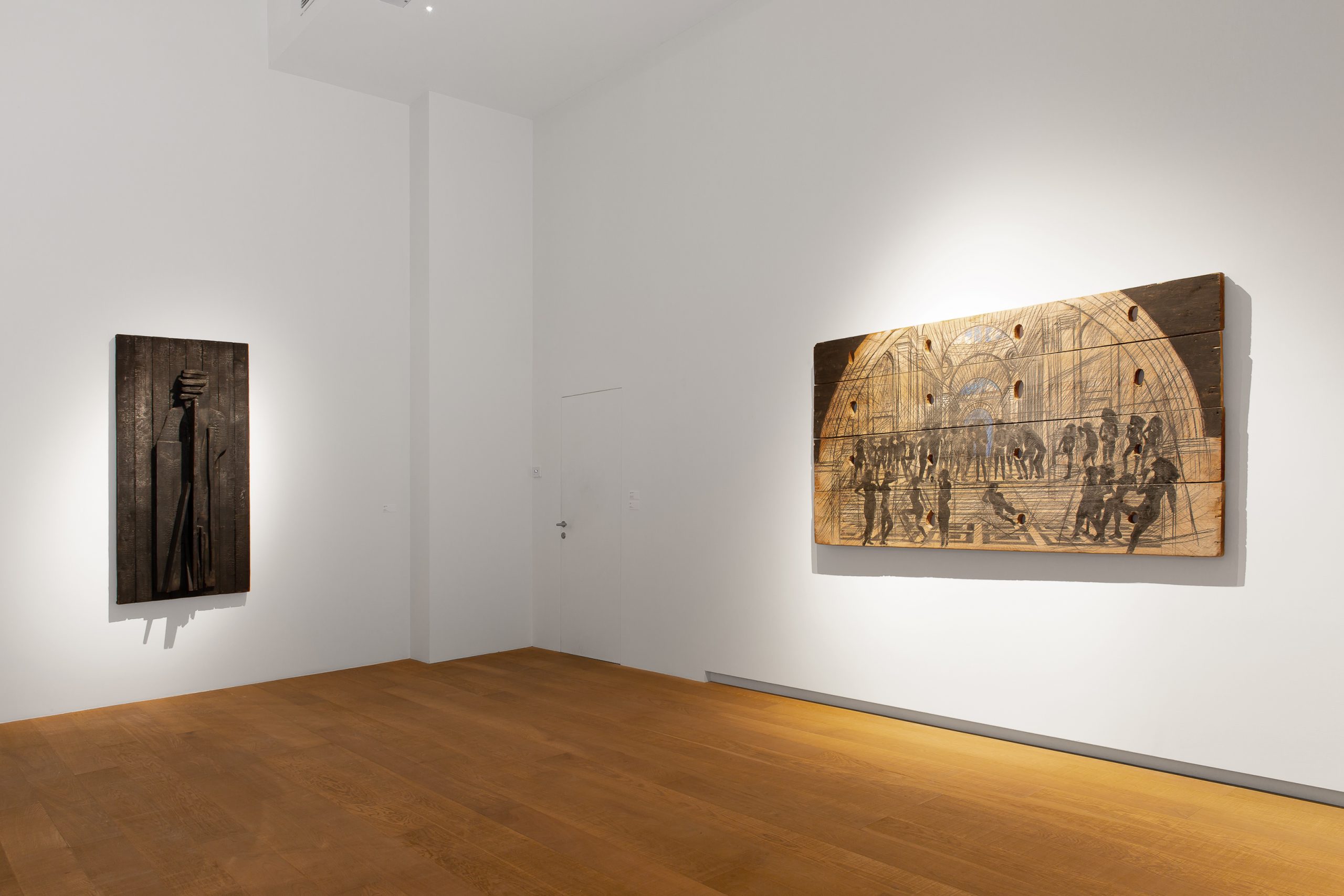 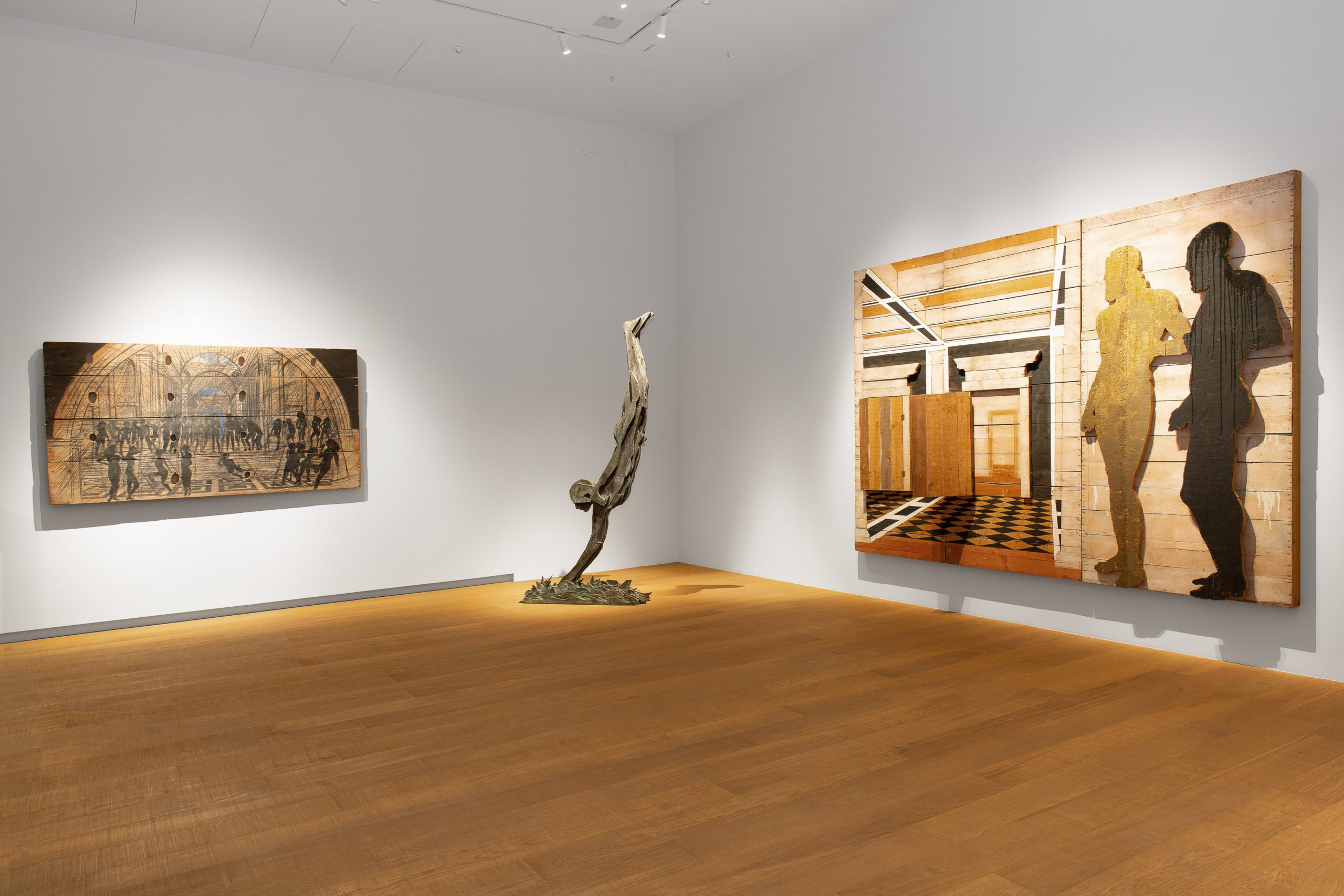 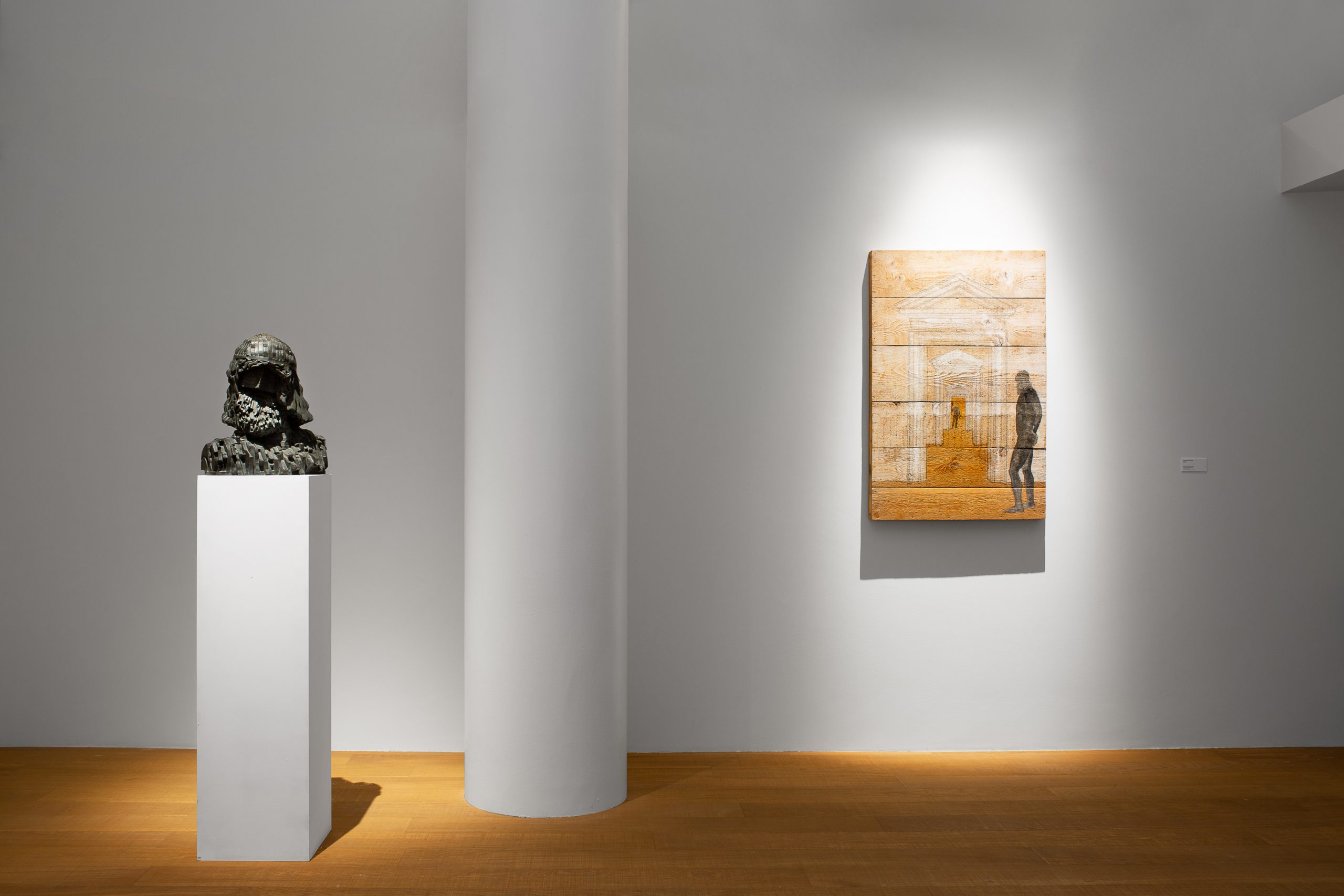 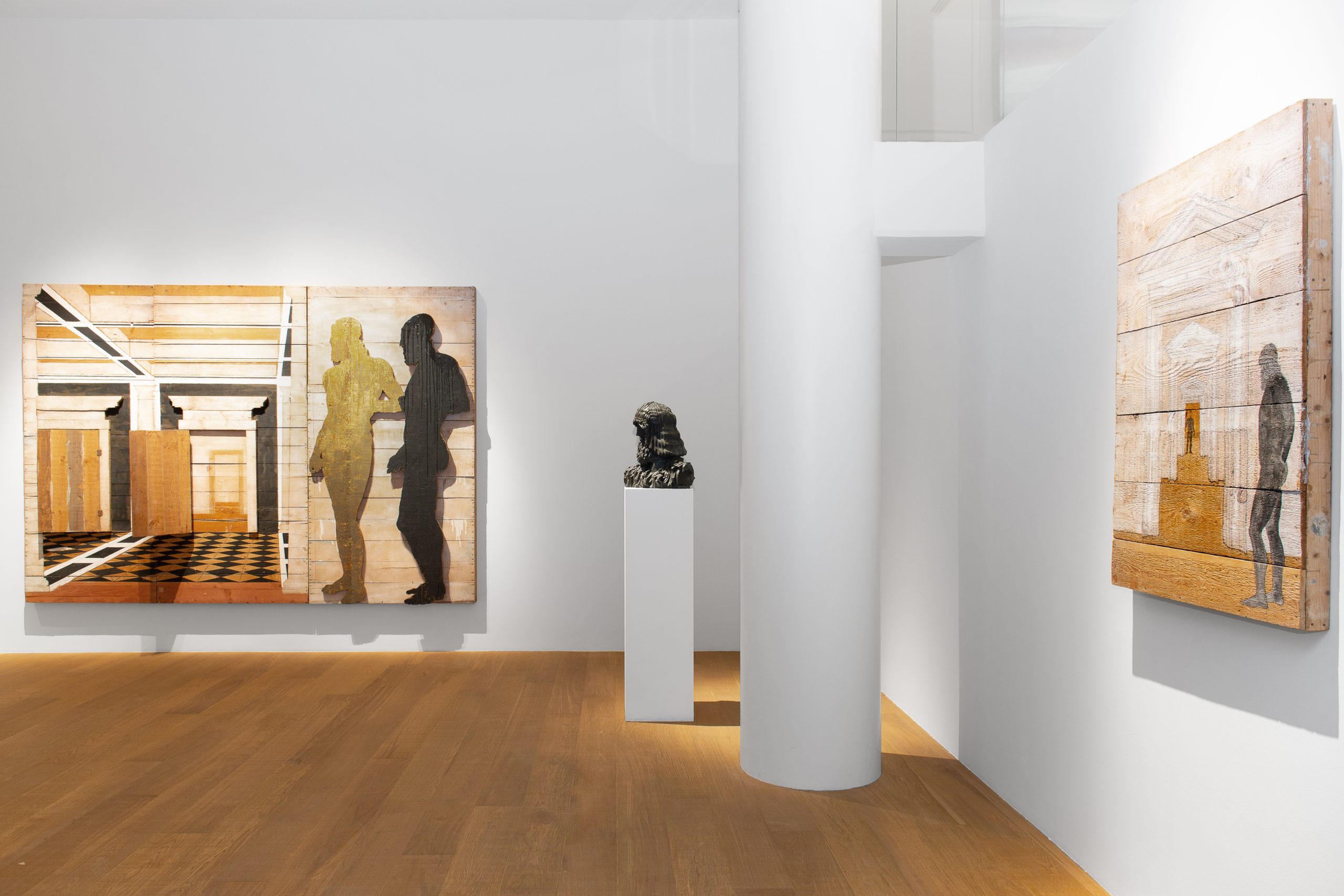 Twelve years after the last retrospective devoted to the work of Mario Ceroli, Tornabuoni Art Paris is pleased to present, starting in June 2022, an exhibition dedicated to this major artist of the Roman art scene. The exhibition will explore two central themes in the artist’s work: nature and Greco-Roman antiquity.

Mario Ceroli is a sculptor who graduated from the Academy of Fine Arts in Rome where he was trained by Leoncillo Leonardi, Pericle Fazzini and Ettore Colla. After launching his artistic career as a ceramist, Ceroli discovered Giotto’s work during a trip to Assisi in 1957. This encounter inspired him to create his first wooden silhouettes. He quickly gained recognition and was awarded the 1958 prize for young sculpture by the National Gallery of Modern Art in Rome.

In 1964, Mario Ceroli made a name for himself with works made of untreated wood, particularly Russian pine, which he assembled with different materials – burnt wood, straw, glass, pigments – thus adhering to the poetics of Arte Povera. In the 1960s, while Pop Art artists were reinterpreting images of everyday life, Mario Ceroli paid tribute to the great classics of Art History, such as Leonardo da Vinci, Paolo Uccello, Piero della Francesca and Andrea Mantegna. Some of the works exhibited in the Tornabuoni Art Gallery bear witness to this cultural anchorage. Profiles of ancient warriors’ heads gilded with gold leaf, created after the discovery of the monumental Riace bronzes in 1972 in the sea off the coast of Calabria, stand next to a bronze sculpture of the famous fresco of the Paestum diver on a 5th century BC tomb, or large formats inspired by the geometric designs of Paolo Uccello.

Mario Ceroli’s interest developed concomitantly with the rise of Arte Povera movement, most of whose protagonists showed an interest in raw elements and materials such as wood, earth, glass or fire. The terminology ‘‘Arte Povera’’ was first used in September 1967, a year after Mario Ceroli was awarded the Venice Biennale prize for the work Cassa Sistina, now in the Centre Pompidou’s collection. However, we can find the roots of the main aspects that characterise this movement in the 1965 exhibition organised in Rome by the La Tartaruga gallery, which brought together Ceroli, Boetti, Pascali and many others, who were later called ‘‘poveristi’’.

This extremely radical intellectual and artistic adventure was opposed to the formalist proposals of the great American currents of the time, such as Pop Art and Optical Art. Rejecting the mannerisms of a society devoted to consumption, Arte Povera favoured creative gesture and material over the object. Often looking back to antiquity, Mario Ceroli responds to this choice by representing nature. In particular, he depicts the Great Eleusian Mysteries, esoteric agrarian rites, with burnt ears of wheat on wooden panels. The meeting of the southern wind and the sea (Maestrale, 1992) is a monumental wave of turquoise glass pierced by light. The Sirocco, which carries sand from the Sahel to the European shores, is a sea of wood the colour of the desert. The names of the works – in English The colours of the sun,The tree of life , Sunflower Flight of the seagulls, Air Water Earth Fire – are an invitation to travel and an ode to the Mediterranean. For this exhibition, the Tornabuoni Art brings together a selection of these works, at a time when the fragility of the natural elements represented is at the heart of our democratic debate.

Over the years, Ceroli undertook the decoration of many public spaces, such as the churches of Santa Maria Madre del Redentore di Tor Bella Monaca in Rome (1987) and San Carlo Borromeo in Naples (1990). He also worked as a set designer for the theatre, collaborating with the Teatro Stabile in Turin (1968), La Scala in Milan (1971) and the Teatro La Fenice in Venice (2018). In the 1970s and 1980s, he experimented with polychrome marble, glass, powder and bronze, revisiting works of art from the Renaissance to the present day. Ceroli’s interest in these different disciplines led him to transcend the boundaries of the artwork itself, and to explore how it interacts with other fields, such as architecture and theater. Creating his own working and living environment, he has gathered more than 500 works in a museum-like space, intended to be constantly developed and designed to positively inspire new generations of artists.

Some of his work is also on display at the National Gallery of Modern and Contemporary Art in Rome. Ceroli lives and works in Rome. 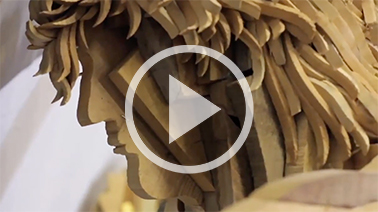 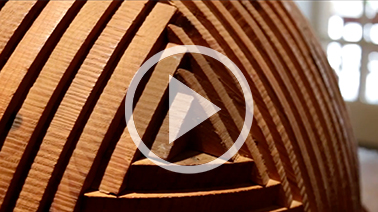 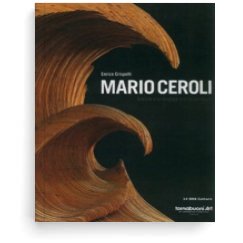