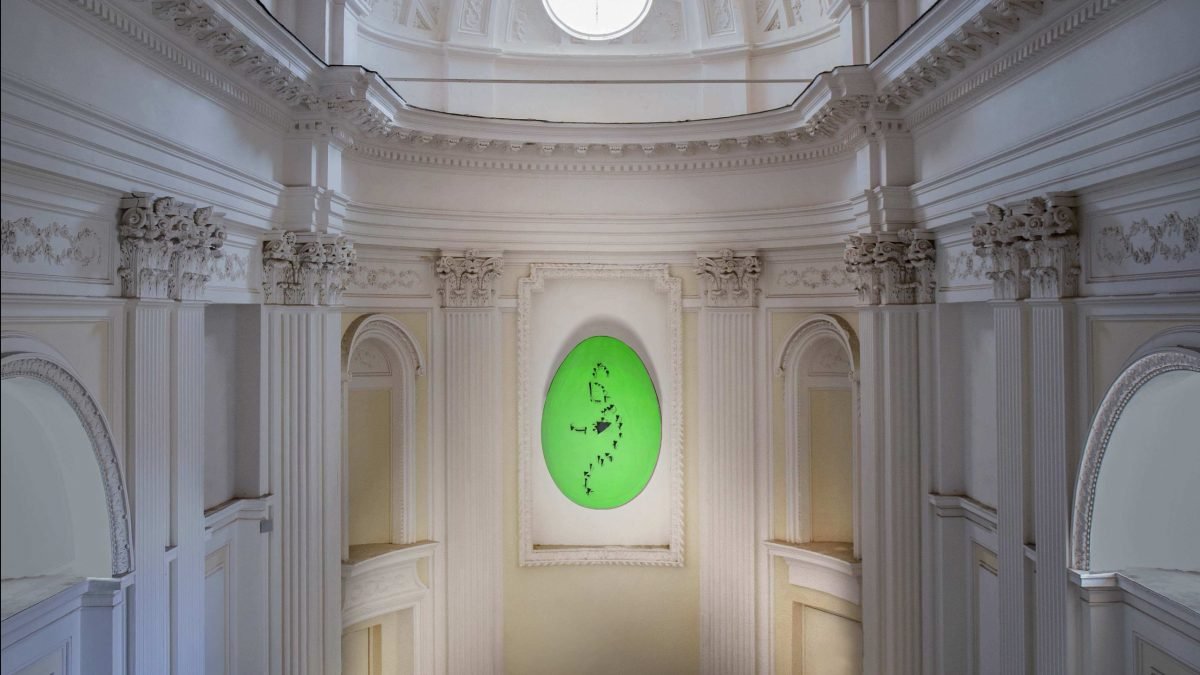 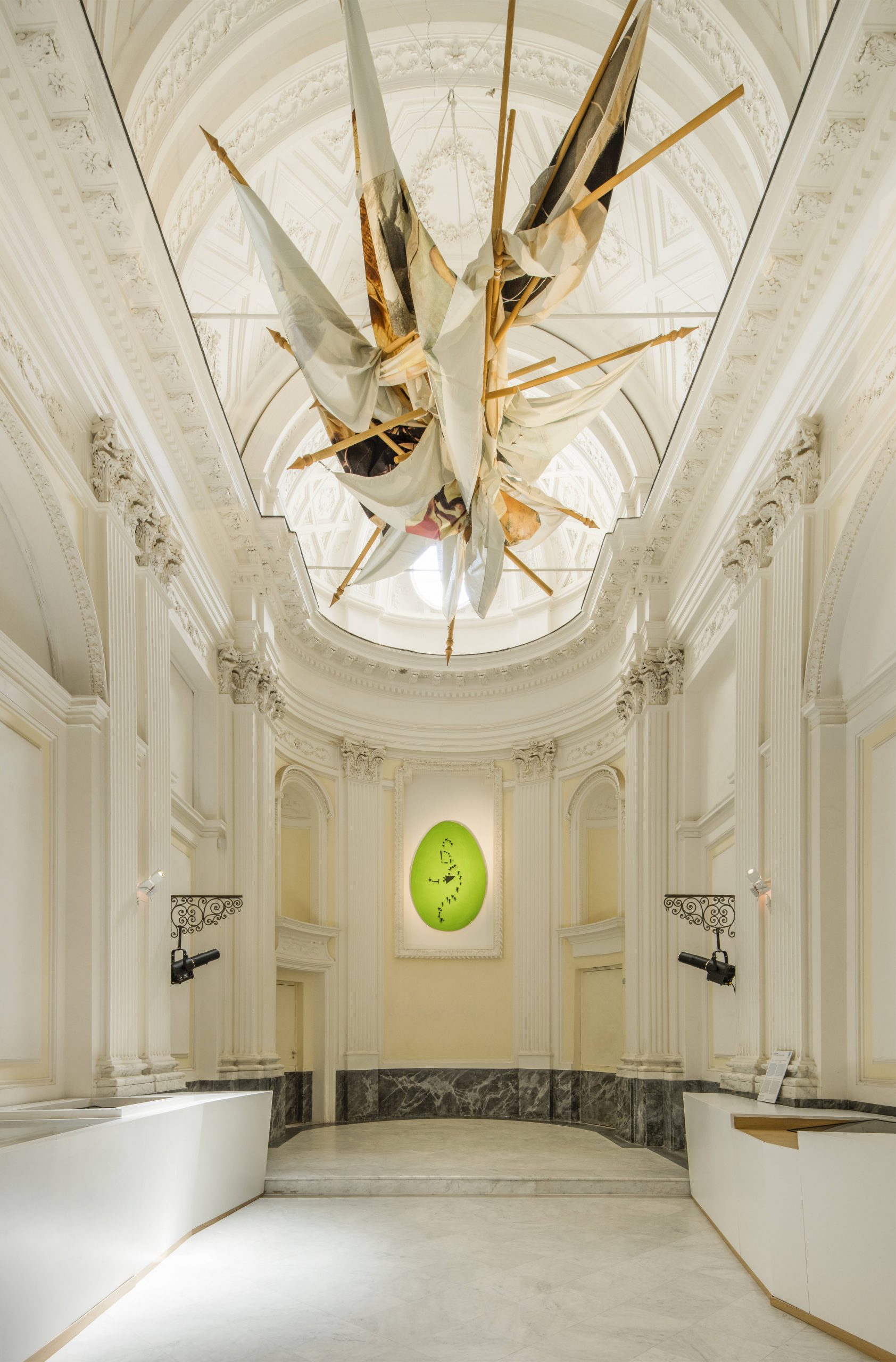 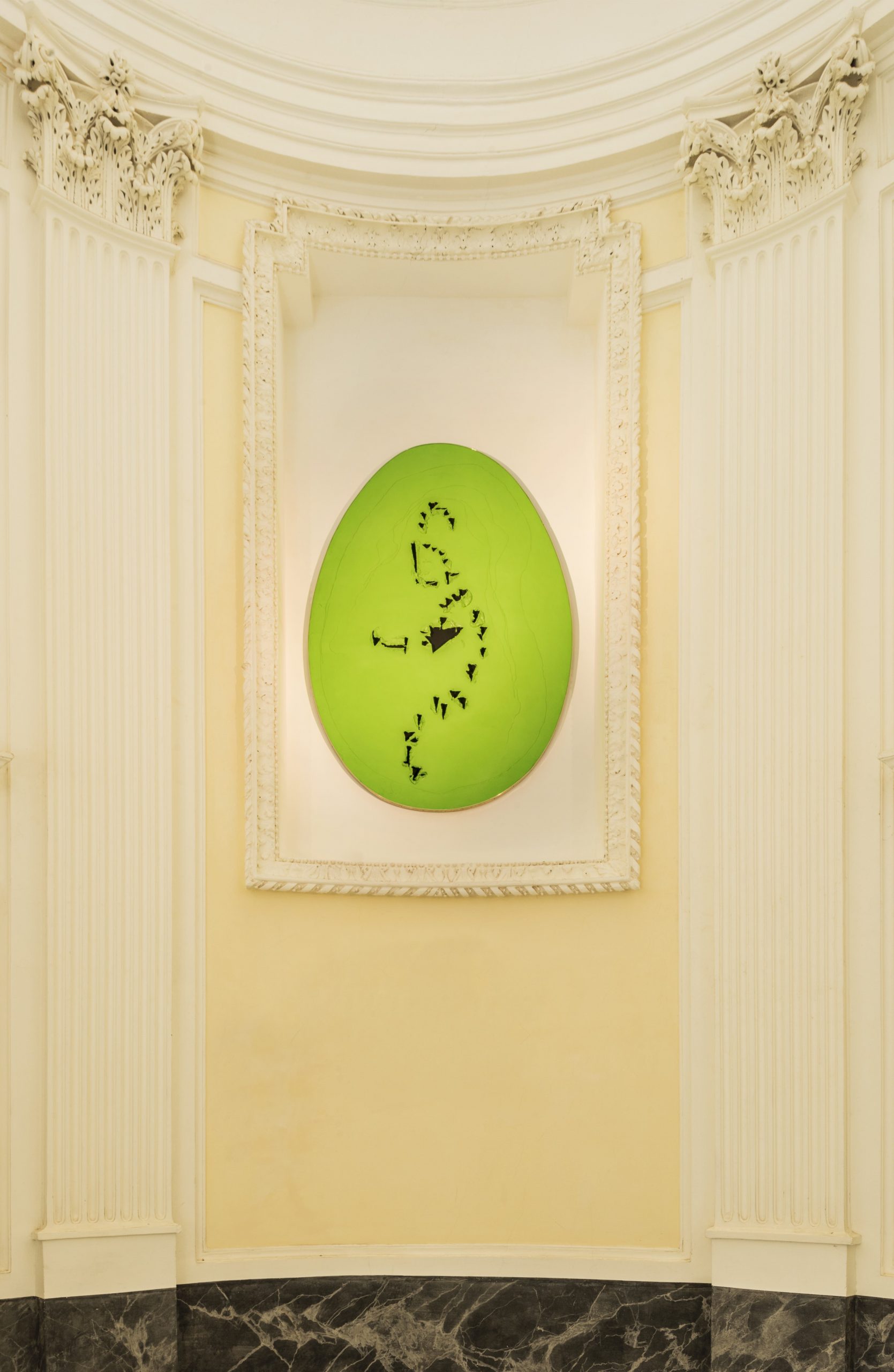 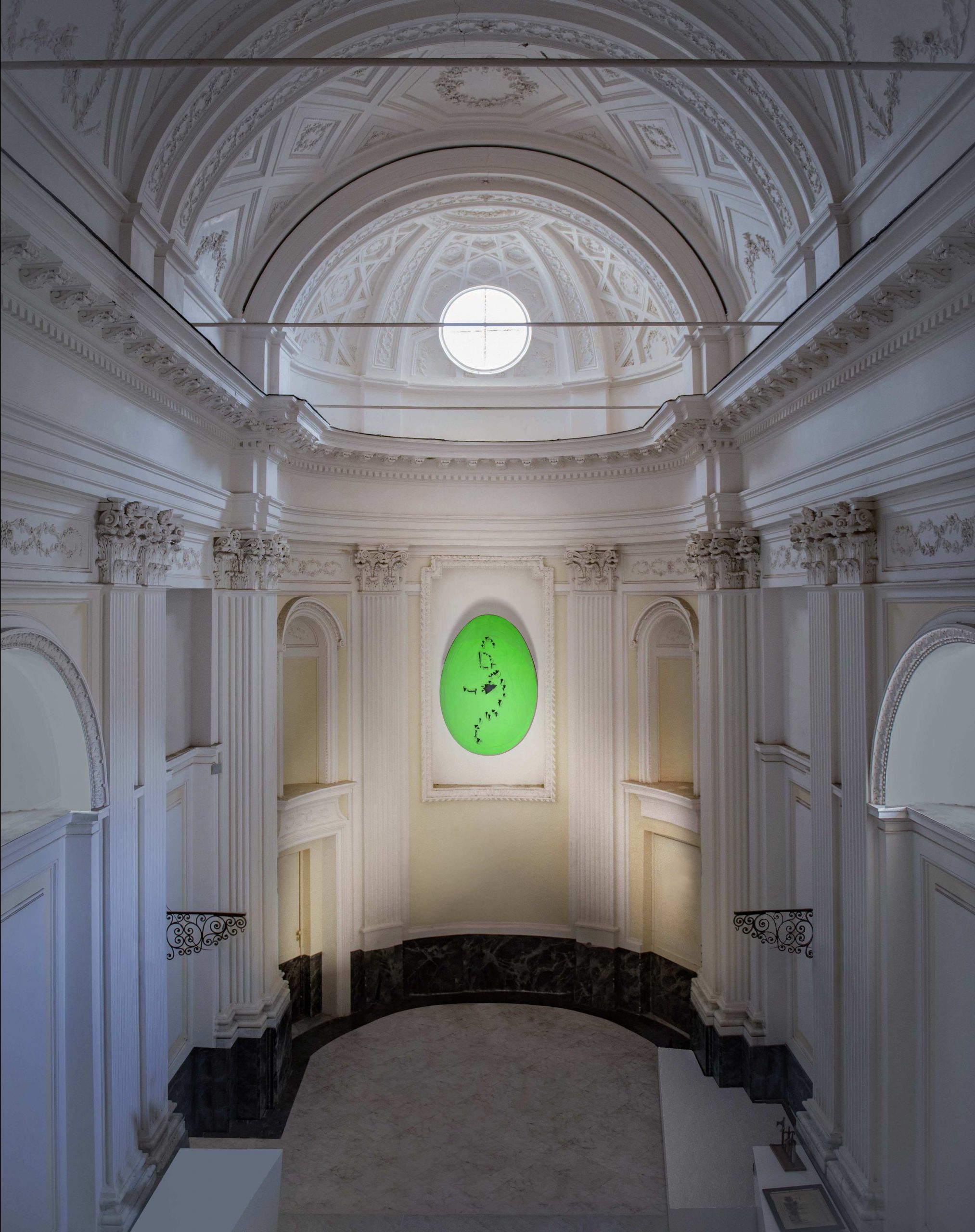 On the occasion of the first physical event organized by Italics in Procida, Tornabuoni Art presents a work from the famous cycle Fine di Dio (The end of God) by Lucio Fontana.

Produced between 1963 and 1964, this series of works is considered the most iconic and enigmatic in the artist’s production; a manifesto with a fundamental philosophical content, representative of the avant-garde role of Italian art in the international cultural scene after World War II. For this reason, the works of this cycle are preserved and exhibited in all the most important museums in the world (Metropolitan Museum, Centre Pompidou, Moma, Reina Sofia, Stedelijk, Tate Modern…).

Consisting of 38 canvases, this cycle represents the apex of Fontana’s plastic research in a “spatial” sense. Shown to the public already in 1963 in Zurich and Milan, the oval monochromatic canvases present identical and imposing dimensions that speak of gestures, space and spirituality.

The title “Fine di Dio” was chosen by Lucio Fontana in advance of the creation of the first canvas in January 1963, although it was only used publicly after 1964. The term “fine” and the antithetical egg shape of the frame, a symbol of birth and life, led many to consider this cycle of works as the manifesto of the end of figurative art (and of the purely narrative sense prevailing in the 20th century avant-garde) and the beginning of the exclusively conceptual sense of contemporary art after World War II.

Every Fine di Dio is perforated and slashed by the artist in a variety of ways typical of Fontana’s creative process. The gashes, the incisions and the cracks in the canvases constitute a constellation of signs that stretch along the surface according to pure and elegant lines whose iconographic meaning is linked to fertility and the genesis of creation.

Among the 38 canvases of the cycle, the work presented by Tornabuoni Art in Procida is an apple-green monochrome and is characterized by a series of gashes of various sizes that go up the oval drawing a sinuous line. The gashes are circumscribed by engravings that trace the outline of the canvas, emphasizing the ovoid shape and creating a centripetal force.

In the context of the exhibition Panorama, the presentation of Fine di Dio takes place in the evocative Chapel of Santa Maria Regina della Purità in the complex of the former Conservatorio delle Orfane in Terra Murata.

It is the first time that a work of this cycle is presented in the context of an architecture with a sacred vocation. In this environment, the Fine di Dio is enriched with new meanings, bringing to light for the first time a reading of the work linked to its semantic value: the philosophical meaning of the title of the work has in fact been highlighted by critics who have sometimes privileged in their reading the sense of negation of transcendence and sometimes the rediscovery of spirituality. In the Chapel of Santa Maria Regina della Purità, the Fine di Dio embodies Fontana’s definition: “infinite, unfathomable, the end of figuration, the principle of emptiness”.

By participating in Italics and in the evocative context of the island of Procida, Tornabuoni Art has the opportunity to represent, through the Fine di Dio, a chapter of Italian artistic excellence. The highest point of Lucio Fontana’s creative vision is added to the other forty-five works that under the curatorship of Vincenzo de Bellis will populate the island of Procida nominated Italian Capital of Culture 2022.

Finally, the Fine di Dio are the most expensive and most sought after works of Italian art of the last 100 years on the market: surpassed only by a work by Modigliani of 1916 awarded for 150 million dollars, a Fine di Dio was recently sold at auction for 29 million dollars. 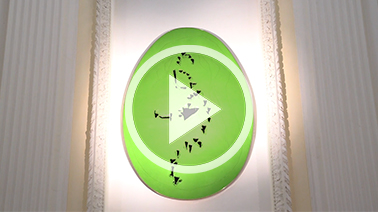 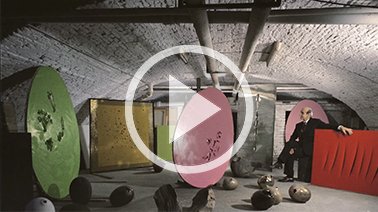