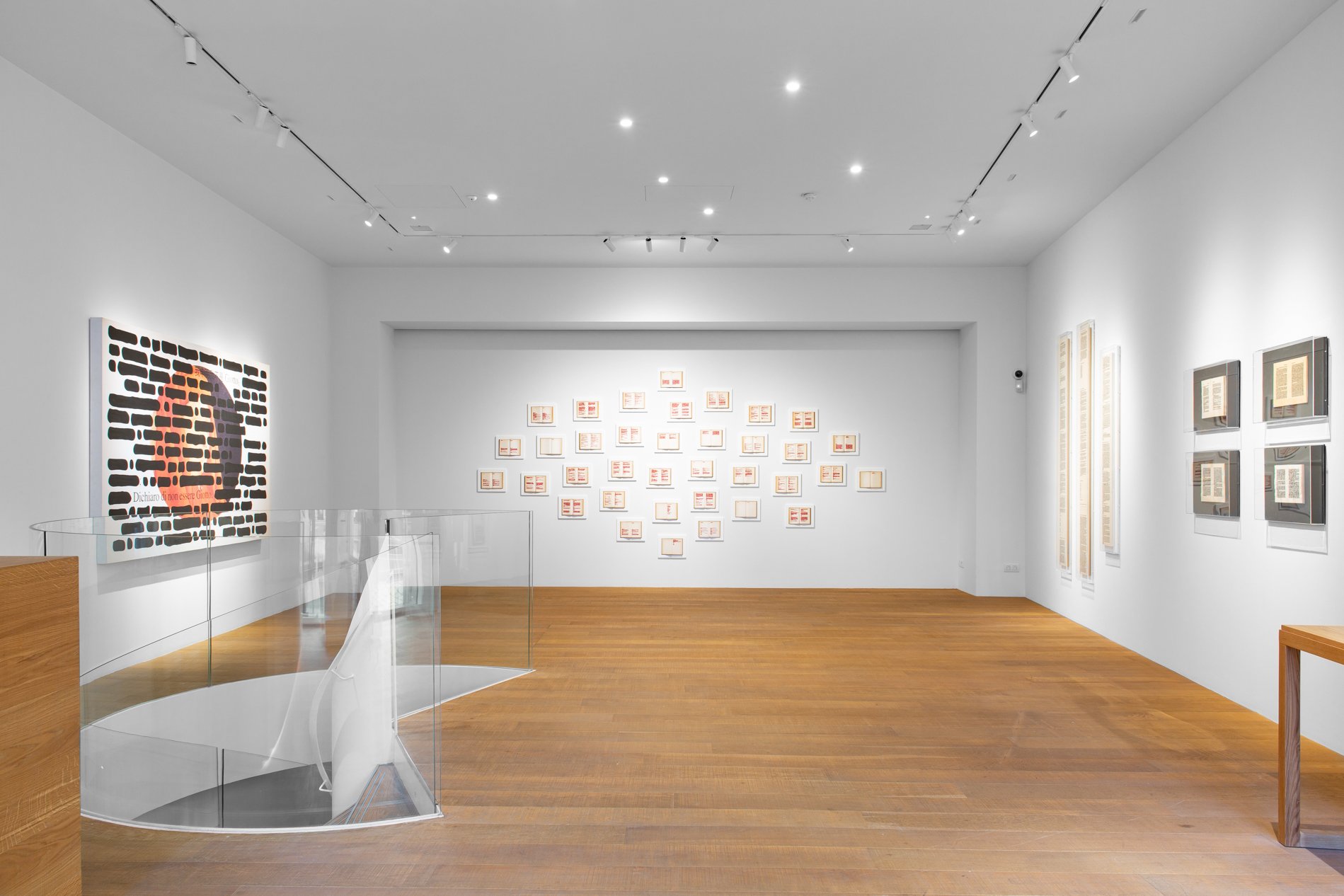 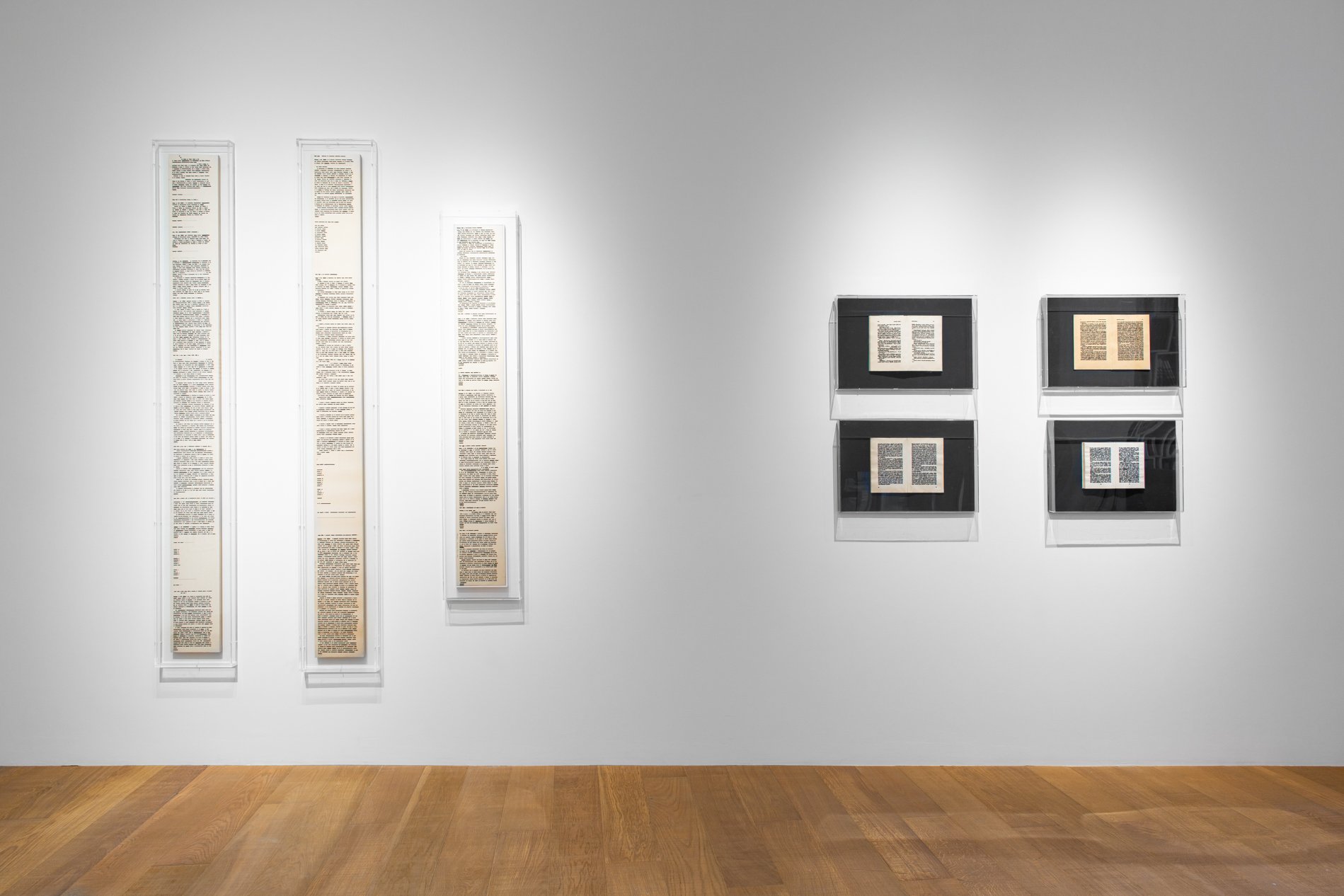 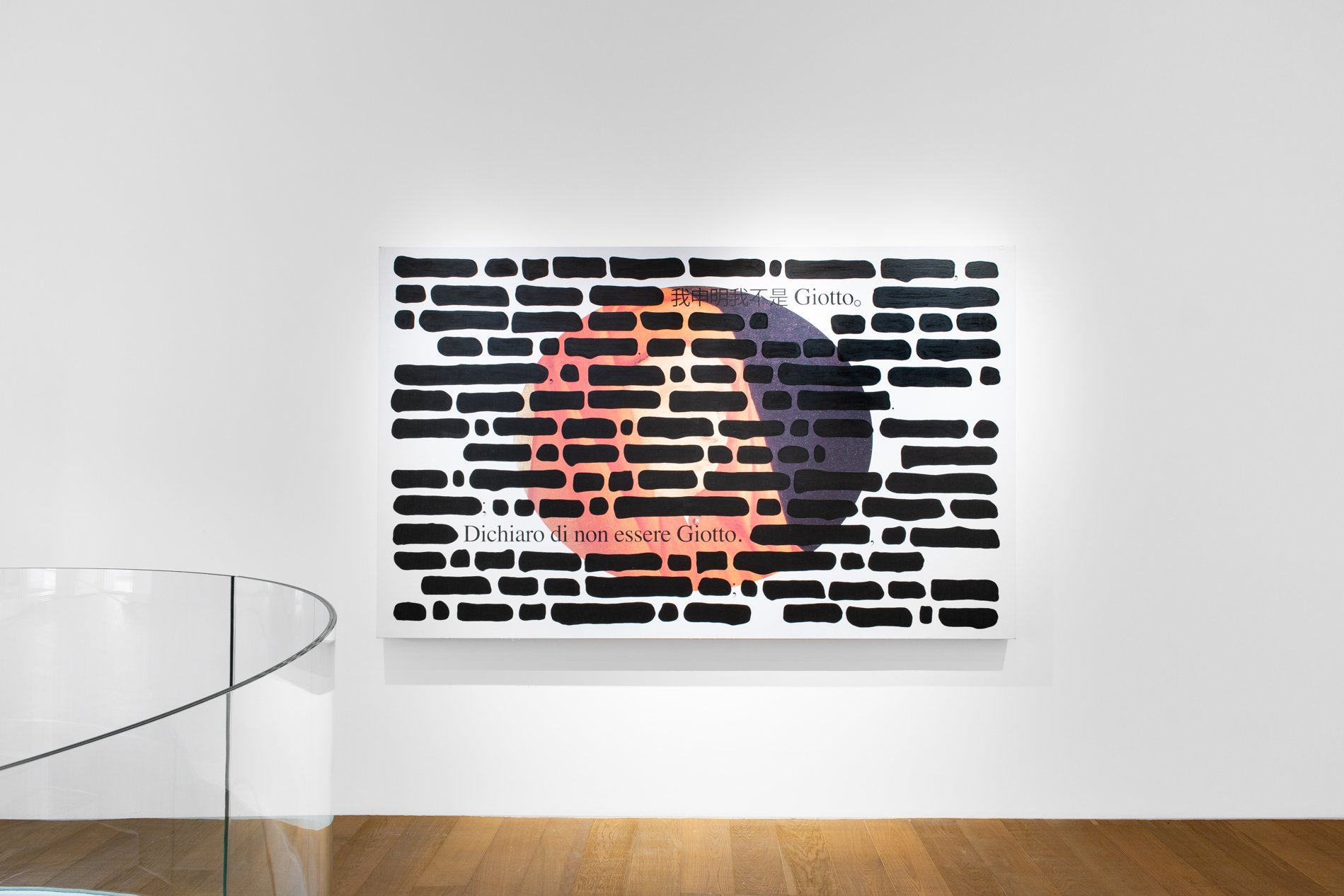 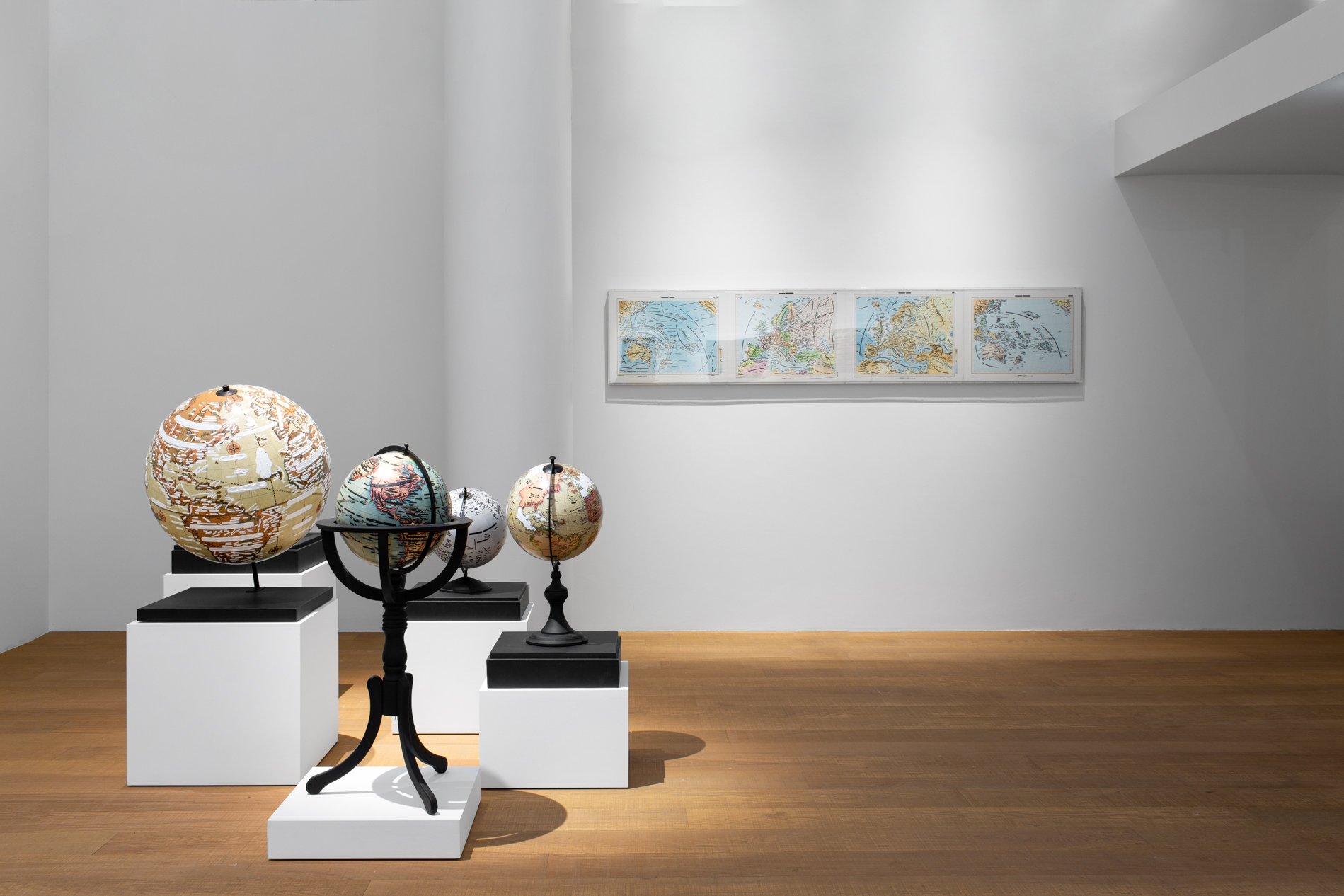 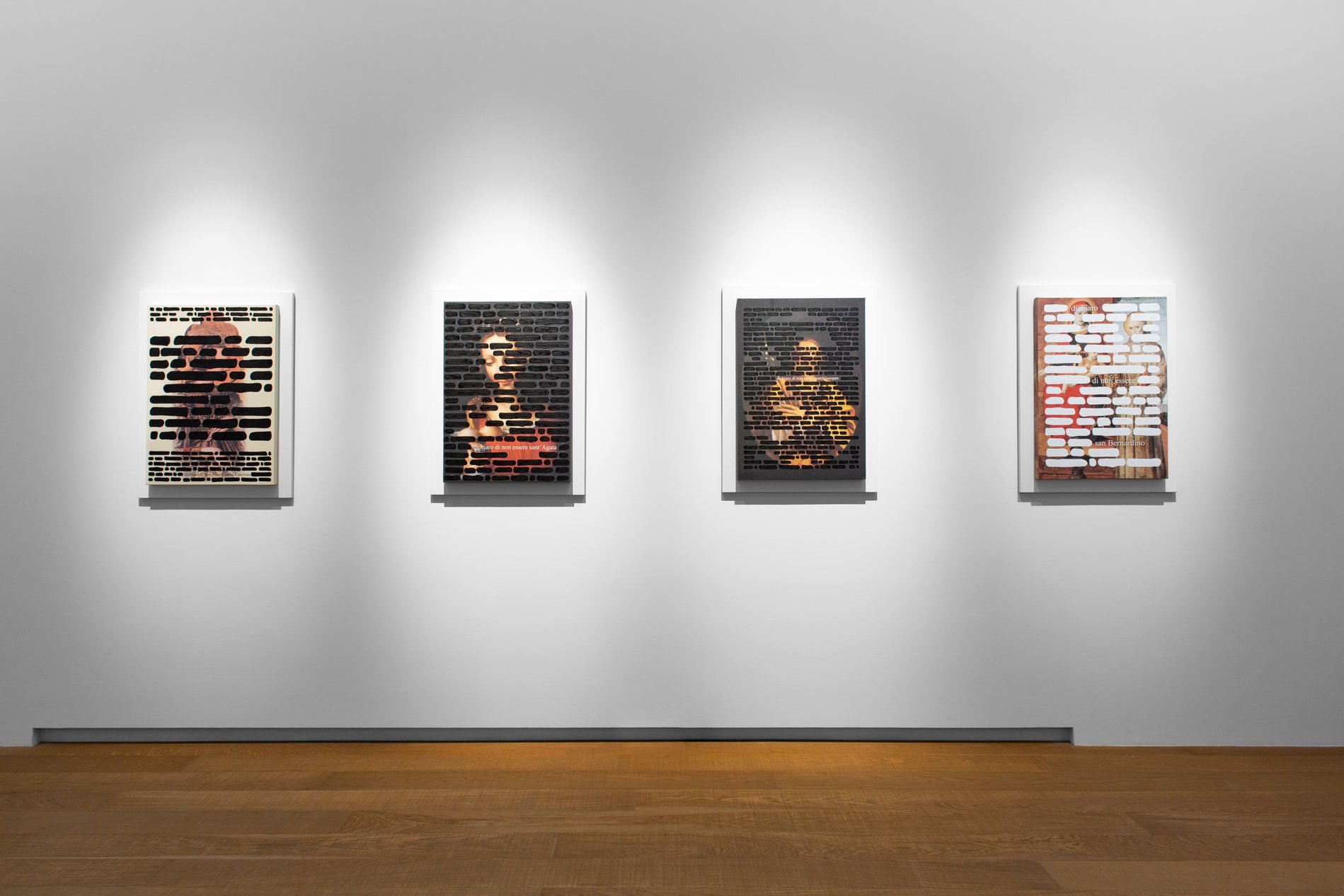 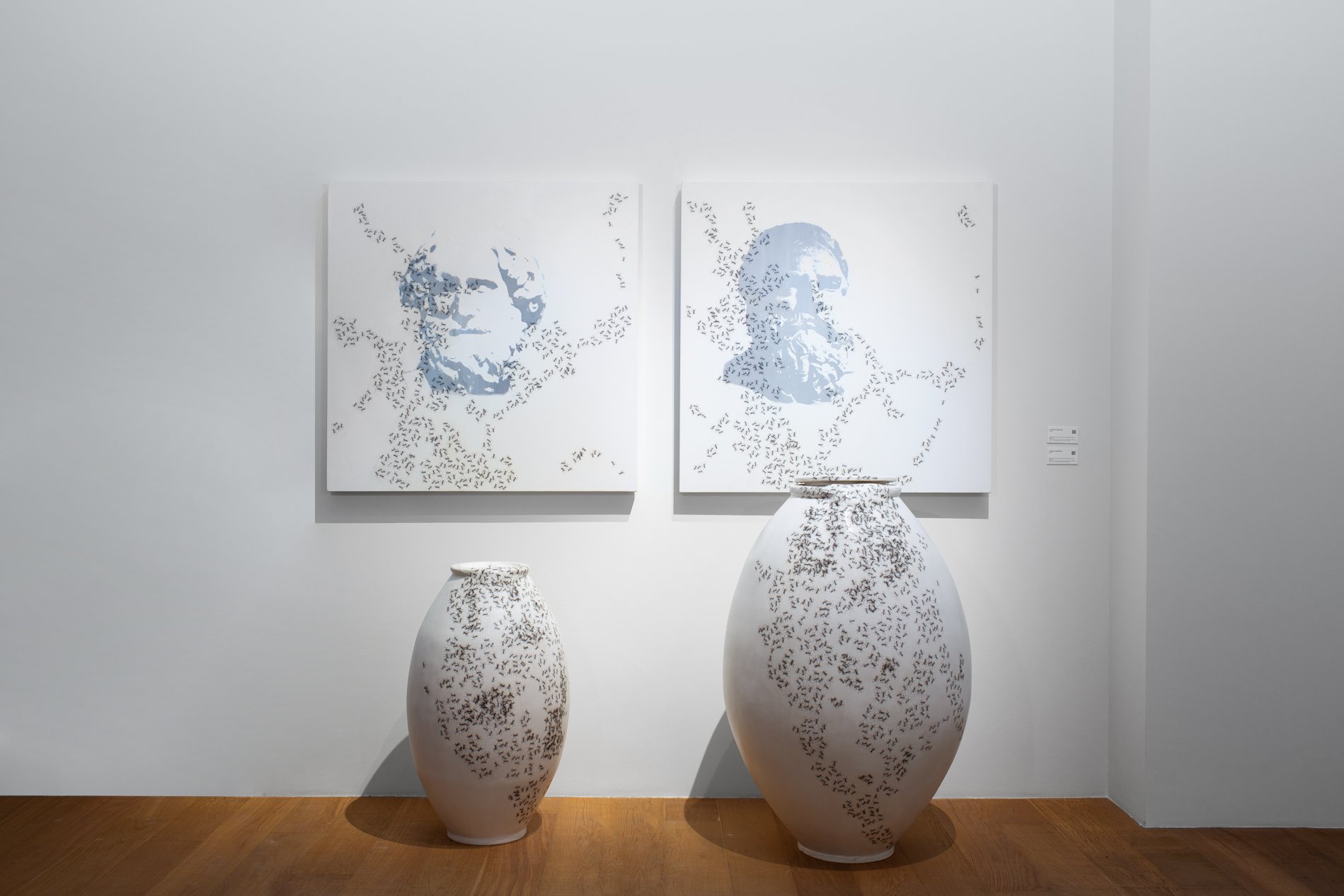 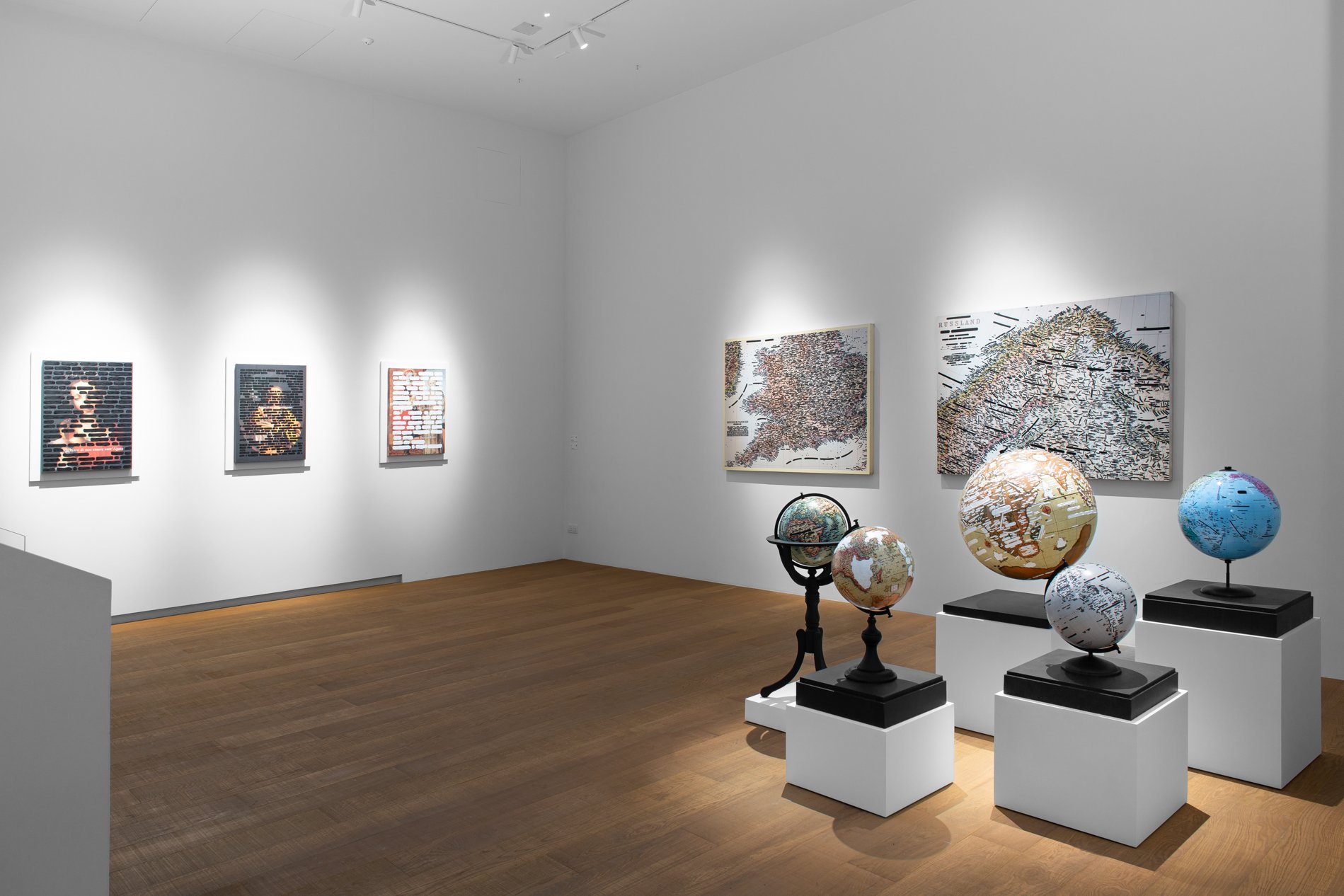 “This is erasure. A blot that covers a word, separating it from the world, setting it free. What is this word? What is its synonym? What language is it in? No one can say. No one can know. I knew this word, but I have forgotten it. For over twenty years – almost twenty-five now –I have been erasing, and I go there with the passion of a monk.”

Five years after the last retrospective dedicated to the work of Emilio Isgrò in the Passage de Retz space, Tornabuoni Art Paris is delighted to announce, starting in October 2022, an exhibition devoted to this pioneer of post-war artistic language, la cancellatura. The exhibition will explore the artist’s iconic cancellatura gesture through different series, spanning over half a century and it takes place concurrently with a vaste exhibition in Brescia inhabiting three different institutions in the city, which currently acts as Italy’s  capital of culture: from the Museum of Santa Giulia al Capitolium, from the Teatro Romano al Chiostro rinascimentale, to the Viridarium gardens .

Born in Sicily in 1937, Emilio Isgrò is a conceptual artist whose production is regarded as being one of the most original oeuvres in the late twentieth and twenty-first century. A journalist, a novelist, a poet, a playwright, Isgrò’s conceptual work revolves around the written word, more specifically the erasure of it, in order to display specific fragments of text, thus contributing to the birth of Poesia visiva (visual poetry).

Whilst working as a journalist for the “Gazzettino” in Venice, in 1964, Isgrò began questioning text, words and their relationship to the images they represent in the context of a world based on over-information. Thus, the artist produced his first cancellature, or erasures, on encyclopedias and books. For Isgrò erasing is not a way to destroy or negate what he erases, so much as a means of transformation. The finished text opens up to new possibilities and the cancellatura becomes a tool for freedom of expression.

Playing with the concepts of presence and absence, deconstruction and reconstruction, Isgrò gives new meaning to the many supports he uses: literary masterpieces, maps, encyclopedias. Less than a decade after creating his first cancellatura, the artist was  invited to participate in the 36th Venice Biennale, an invitation which was renewed in 1978, 1986 and 1993.

The exhibition explores the various cycles through which this visual language develops, from one of the first cancellature from 1964 to literary pieces from 2019. Among the pieces from the 1970s, Particolare di Emilio Isgrò Ingrandito 300 volte (1971) or “Detail of Emilio Isgrò enlarged by 300 times” is an echo of the imagery of mass-media as well as being a humorous approach to the tradition of self-portraiture. The exhibition will also display seven Telex pieces from 1972 to 1974 in which the artist applies his cancellatura to the support of one of the first means of direct communication born in the 1930s.

Altri Continenti (1974) and Russland (2007) bear witness to the artist’s interest in geopolitics as do his three-dimensional Mappamondi, whilst the series Dichiaro di non essere (2012) looks at the theme of sanctity in the christian-catholic tradition and in some cases act as an ode to the great masters of Renaissance, such as Dichiaro di non essere Giotto (2014).

Giara di Empedocle (2015), Giara di Archimede (2015) are works comprising both jars and portraits of Greek thinkers that are altered by means of insects drawn as if crawling on the supports. Among the various literary masterpieces Isgrò tackles, Tornabuoni Art is pleased to be showing some of the most recent cycles: Dante’s Divina Commedia and Shakespeare’s Romeo and Juliet and Othello all three of which are erased in red.

Having become one of the most celebrated contemporary artists in Italy, Emilio Isgrò’s work has been the object of many exhibitions starting from the 1960s. His work was shown on the occasion of the exhibition ‘The Artist and the Book in Twentieth-Century Italy’, presented in 1992-1993 at MoMA in New York and in 1994 at the Guggenheim Collection in Venice. In 2016 Milan paid a tribute to him with a major retrospective held simultaneously in multiple locations: Palazzo Reale, Gallerie d’Italia and Casa del Manzoni. In 2019, the Fondazione Cini in Venice dedicated a large retrospective, one of the last to be curated by Germano Celant in collaboration with Tornabuoni Art. One year later, the artist created a strong piece for the exhibition “Quirinale Contemporaneo” in which he erased with a deep red color the racial laws passed in 1938 in Italy under the fascist regime. On the occasion of the installation of this work, the Italian president Sergio Mattarella, gave a homage to Isgrò underlining the importance of this action.

Emilio Isgrò’s work isn’t limited to classic textual supports and over the years he has experimented with larger scale urban projects. Most recently, for the opening of the 79th edition of the Mostra del Cinema in Venice, the artist created Una vela per Pasolini, a sail for the intellectual’s boat which set sail marking the centenary of his death.

Emilio Isgrò’s work is present in a number of public collections in Italy and internationally. The Museo del Novecento in Milan, the Galleria degli Uffizi in Florence, The GAM in Torino,  the Centre Pompidou in Paris, the Musées Royaux des Beaux-Arts de Belgique and the Israel Museum in Jerusalem. 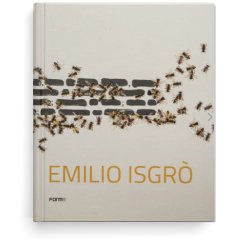