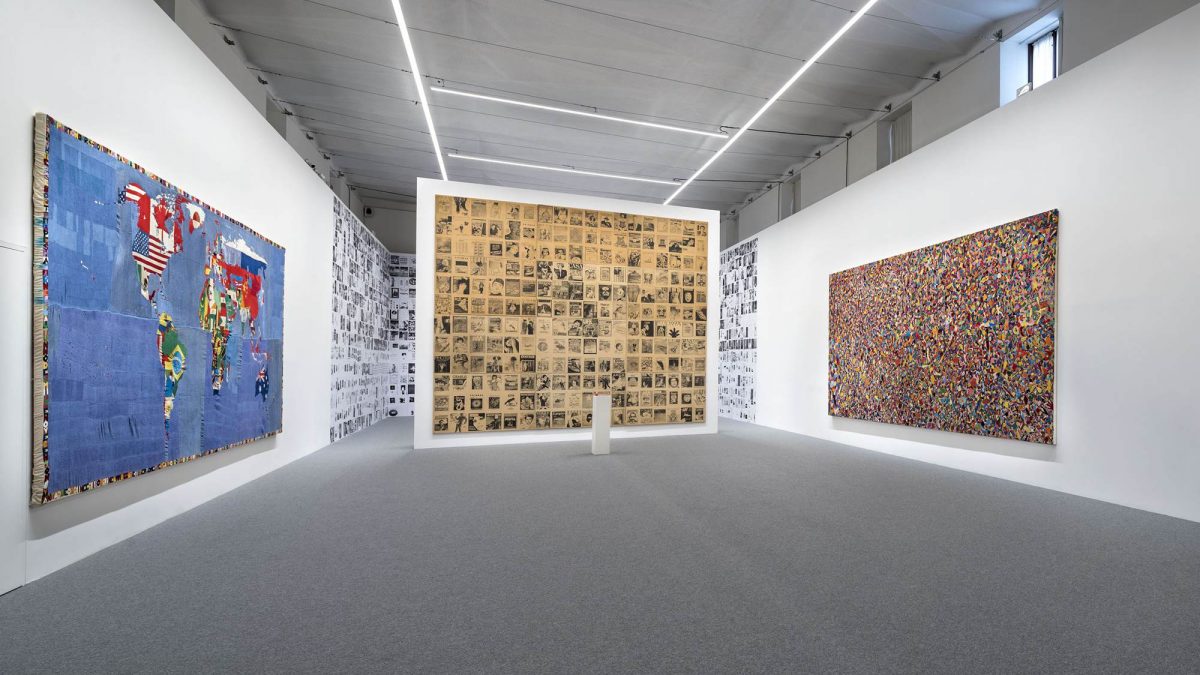 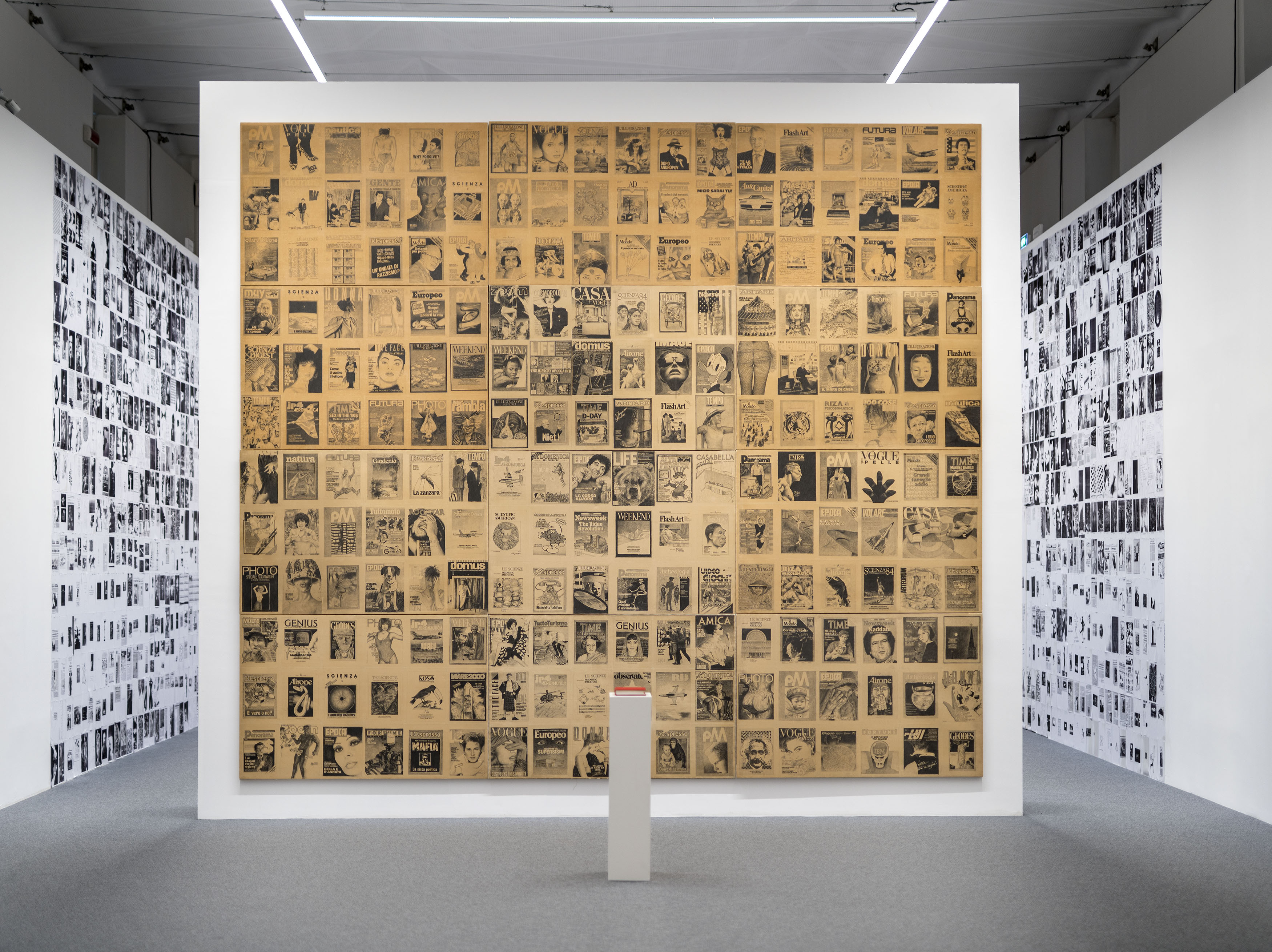 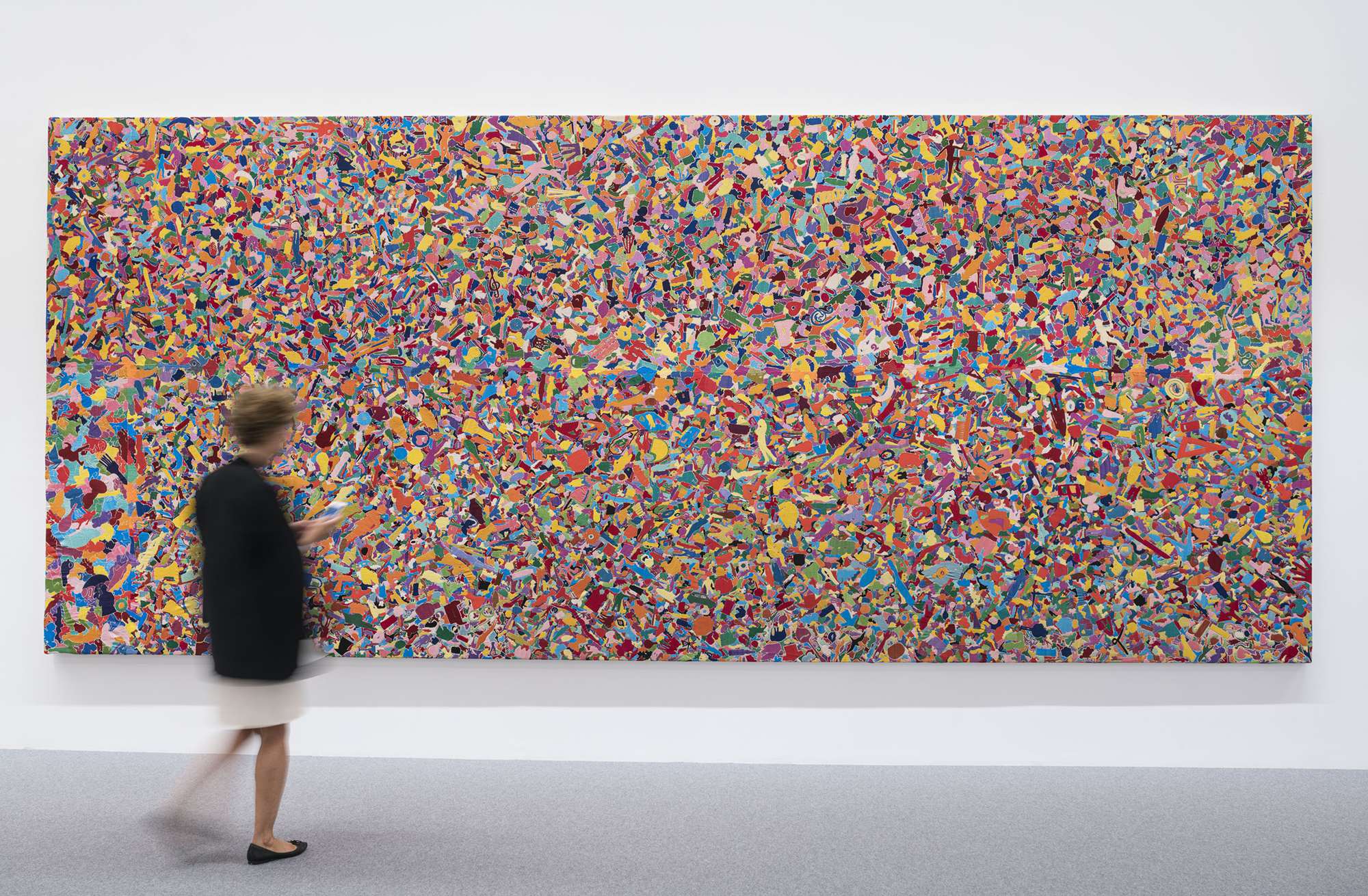 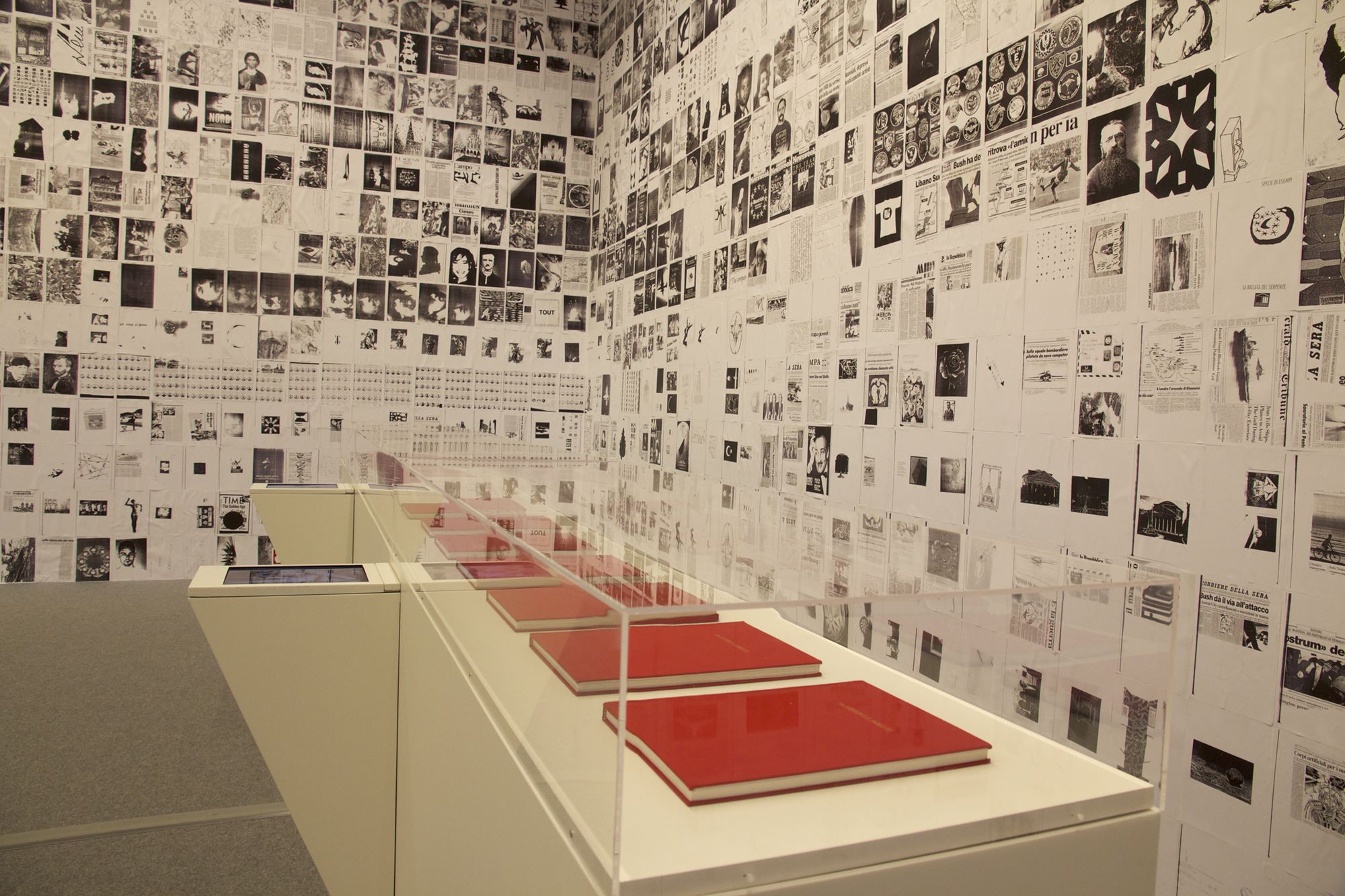 Twenty-two years after the posthumous homage to Boetti curated by Germano Celant at the 2001 Venice Biennale. the Fondazione Giorgio Cini hosts an unprecedented journey through the work of Alighiero Boetti (1940-94), one of Italy’s most prominent and influential artists. Alighiero Boetti: Minimum/Maximum. curated by Luca Massimo Barbero, director of the Istituto di Storia dell’Arte della Fondazione Giorgio Cini, with the collaboration of the Archivio Alighiero Boetti, presents an original juxtaposition between the minimum and maximum formats of the artist’s most iconic cycles of works in order to explore Boetti’s artistic process and iconography. From one to many, micro to macro. and private to public. Nimimum/Maximum. explores the Boetti’s dialectical approach to art and examines the radically conceptual role of an artist who liked to define himself as a ‘creator of rules’.

This exhibition is not a retrospective but rather presents visitors with an unprecedented series of comparisons. inspired by the gathering of large-scale works by Boetti from public and private collections.’ explains Luca Massimo Barbero. ‘It is an organic project that was specially conceived for Venice at a time in which the role of Boetti as one of the major exponents of Italian art is being increasingly recognised internationally.’

The exhibition is organised by the Fondazione Giorgio Cini in collaboration with Tornabuoni Art and the Alighiero Boetti Archive. Its highlights include major loans from important private and public collections. Among these are the monumental watercolour triptych Aerei (1989) from the Fondation Carmignac. Mimetico (camouflage) (1967) from the Fondazione Prada and Lavoro Postale (permutazione) (postal work (permutation)) (1972) from the Stedelijk Museum, as well as loans from the Boetti family.

Divided into 11 sections with over 20 artworks, the exhibition contains Boetti’s most iconic cycles of works – Ricami (embroideries). Aerei (planes). Mappe (maps). Tutto (everything) and Biro (works made with a ballpoint pen) – as well as some less famous works such as the Bollini colorati (coloured stickers). la Storia Naturale della Moltiplicazione (natural history of multiplication) and the Copertine (magazine covers). It is also an opportunity to show works that are largely unknown to the greater public, such as the large-scale work with coloured stickers Estate 70 (1970) – on loan for this event from the artist’s family – and Titoli (1978). one of the largest formats from the rare series of monochrome embroideries. 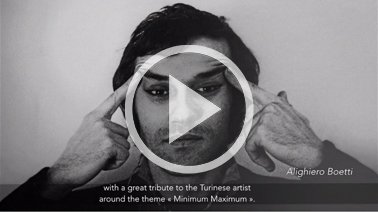 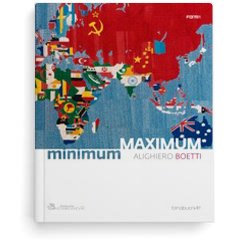